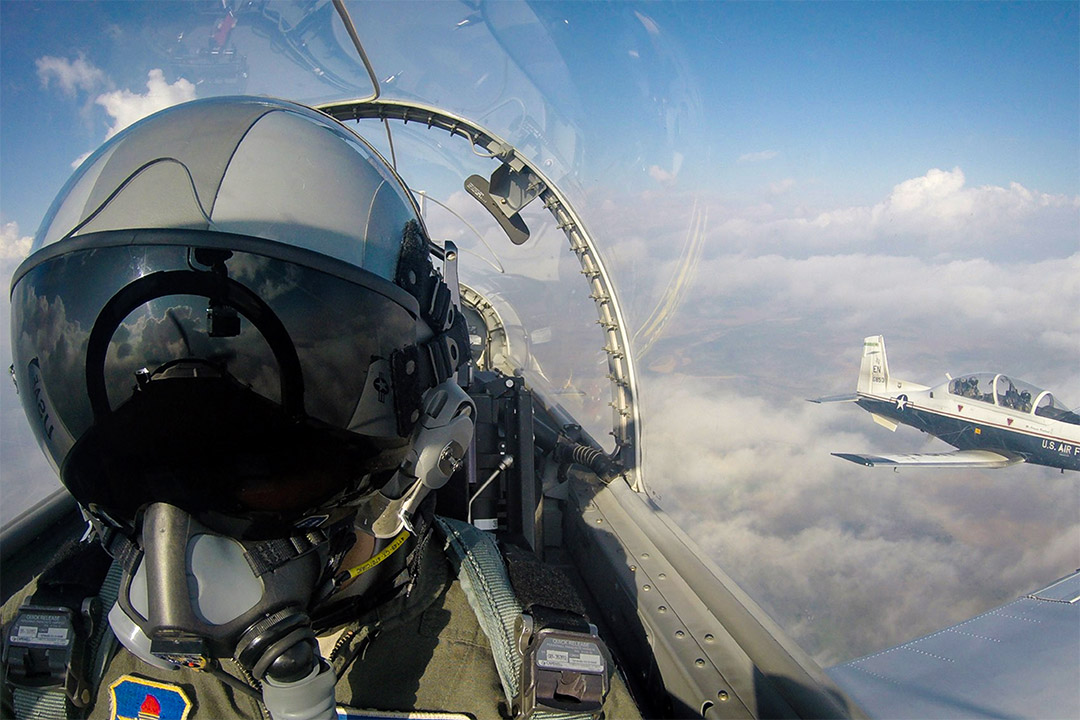 Student-pilots train in T-6A aircraft during the Euro-NATO Joint Jet Pilot Training Program. RIT engineering undergraduate, Keegan Evans, was selected for the prestigious international program, which is conducted at Sheppard Air Force Base in Wichita, Texas.

Keegan Evans will take his place this summer among a group of young Air Force officers from around the globe who have been selected for the Euro-NATO Joint Jet Pilot Training program. The RIT Air Force ROTC cadet was selected from among hundreds of ROTC students for one of the U.S. Air Force’s most elite flight training programs.

Evans will be training as a fighter pilot, alongside other newly commissioned Air Force officers from NATO partners such as Germany, the United Kingdom, Italy, Spain, Greece, and Norway during the yearlong program at Sheppard Air Force Base in Wichita Falls, Texas. 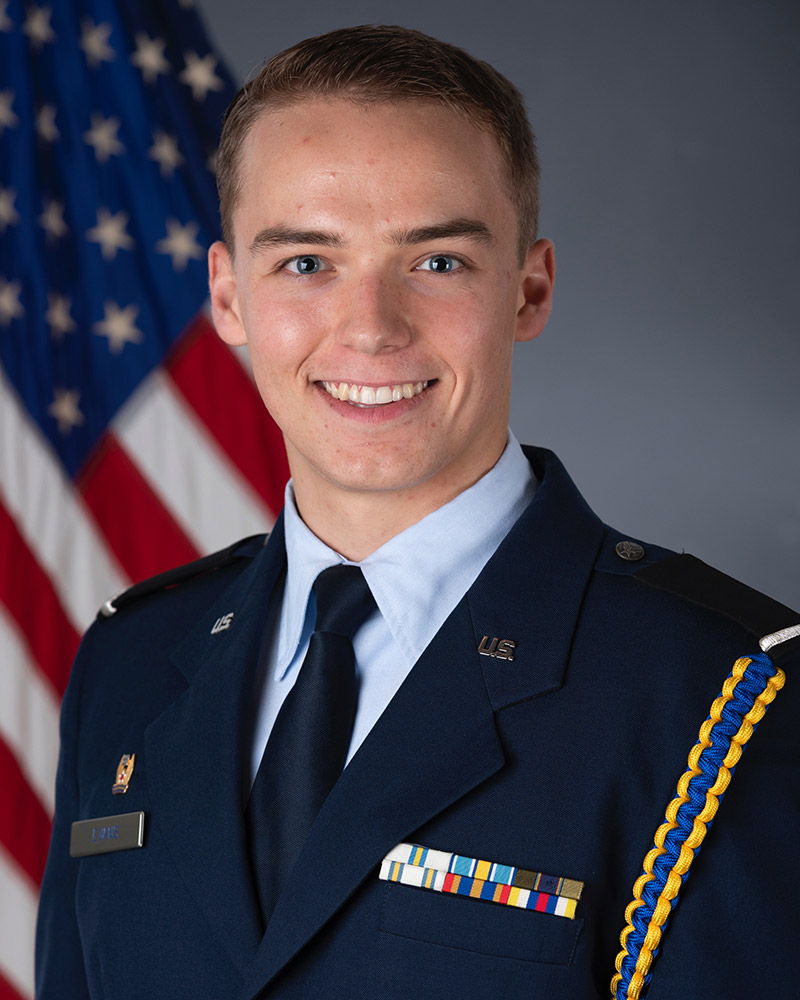 Keegan Evans was recently selected for the Euro-NATO Joint Pilot Training Program. The RIT Air Force ROTC cadet will begin the training after graduation and commissioning in May 2021.

“I’m fortunate I will be working with some top lieutenants from the U.S. Air Force Academy, from other national detachments, and multi-national partners, so this is a chance to work with some very high-quality individuals. I’m really excited about this,” said Evans, who is a fifth-year mechanical engineering student in RIT’s Kate Gleason College of Engineering.

Evans has wanted to be a part of the military since he was young. Both of Evans’ grandfathers served in the Navy, in World War II and in the Korean War.

“You’re probably wondering why not the Navy? I like land...,” he said, then added seriously, “Two big things for me, I’ve always wanted to serve my country. I knew that since I was a young kid, I knew I wanted to serve in some capacity, but I never really made the connection until about high school.”

After graduating from Honeoye Falls-Lima High School just south of Rochester, Evans came to RIT in 2016 and was able to combine his interests in flight and mechanical engineering with the possibility of becoming an Air Force officer through the ROTC program.

“I did take a few flight lessons,” said Evans, who soloed in 2019. “I learned about ROTC and the opportunities and scholarships that they offered. Eventually I put two and two together—military service, aviation.”

The combination has served him well, and while at RIT, Evans excelled in his engineering program, through internships with RIT’s Center for Detectors and the international energy tech company Baker Hughes. He has been a part of the RIT Space Exploration student team since his first year at RIT, participating in the design and development of high-altitude balloon systems.

Qualifications for the NATO program are rigorous. Evans was one of the top cadets from RIT Detachment 538 and highly ranked in the country in several key areas including fitness, academics, basic training camps, and challenges through the ROTC program and leadership responsibilities within the detachment.

“Cadet Evans’ selection speaks volumes about his potential as a pilot and officer. It also demonstrates the elite caliber of our graduates,” said Lt. Col. Jason Turner, commander of RIT Air Force ROTC Detachment 538. “Top pilot candidates, not just nationally, but from across NATO, strive for admission into Euro-NATO Joint Jet Pilot Training as it is recognized as the premier gateway to fighter aviation. The qualities that have made Evans successful as a student and cadet will certainly serve him well in the challenges ahead.”

Success as a pilot often begins on the ground.

“This training is about getting early exposure to working with international partners,” said Evans, who will graduate and be commissioned in May 2021. “This helps an officer’s career because having that exposure early on helps you deal with language barriers, or how different militaries carry out their tactics, procedures. At the end of the training, you are awarded your pilots wings, and you have a pretty good chance of getting into one of the fighter jets in the Air Force, possibly the F-16, F-35 or A-10—all the fun stuff!”