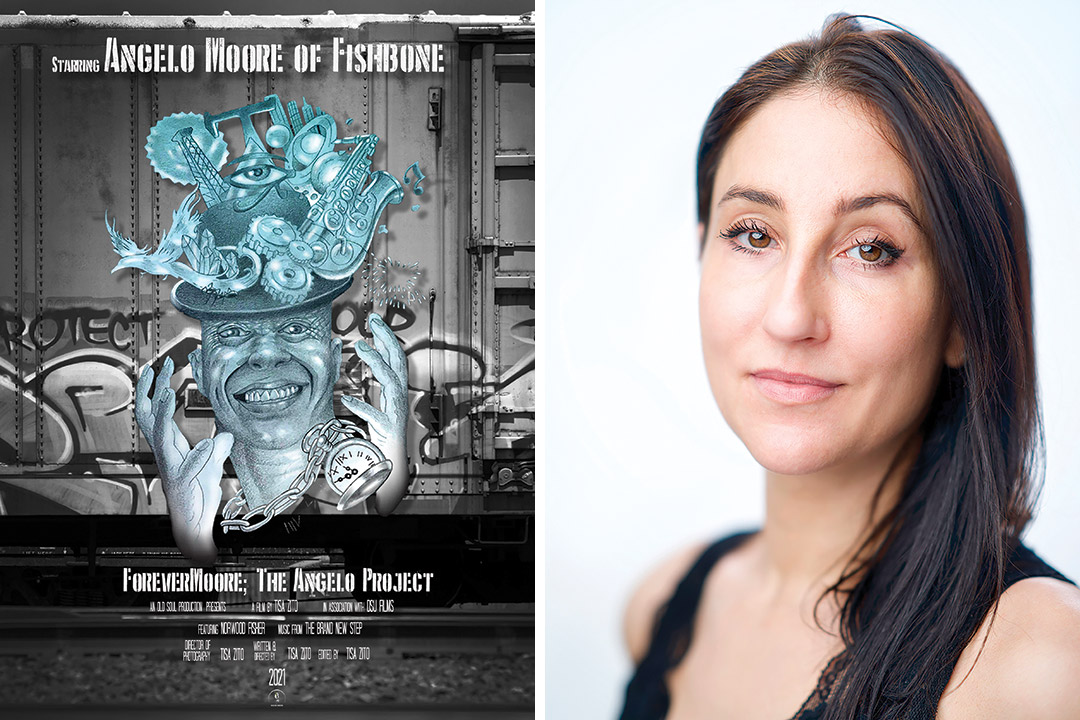 From a young age, Tisa Zito has been intrigued by what makes an artist, their processes and inspirations, and what keeps them going in the whirlwind of an industry where anything can happen overnight. Now, Zito ’09 (film and animation) is making her directorial debut with her film, ForeverMoore; The Angelo Project.

The film is a character study on Los Angeles native Angelo Moore, lead singer of the band Fishbone, and asks questions about the legacy and process of an artist. It follows Moore’s lifelong devotion to weaving a legacy—crafting art through spoken word, music, and fashion.

Zito met Moore at the 2018 DOCUTAH International Documentary Film Festival in St. George, Utah, where he performed, and she was “blown away by his genuineness, skill, and James Brown-like energy.” Zito said she is fascinated with the process and journey of artists, including what makes them so unique, and she felt inclined to dive deeper into Moore’s life to discover more.

Zito said that making the film took more than three years, with the edit hours, alone, well into the thousands. But she was determined to produce, direct, shoot, and edit the film herself.

“Financially, when you put yourself on the line, it becomes a bit daunting,” she said. “But because I believed strongly in the film and telling of this man’s story, it was enough to keep me going.”

In the film, Zito takes the audience on a journey through Moore’s mind hoping they get a glimpse of the artist who inspired other musicians, including Gwen Stefani, Red Hot Chili Peppers, and others.

“Through the whole process, I learned that I can do anything I set my mind to and that’s the take away I’d like to leave with others. I started Old Soul Productions years ago in the name of loved ones that I lost early on.”

Through Old Soul Productions, Zito offers a professional documentary service, called Legacy, for people to leave behind a film or create one for someone from their past. “I find the process of making these films very cathartic, as do my clients.”

The film was screened at the DOCUTAH film festival this November, as well as other locations in the U.S., Canada, and the United Kingdom.