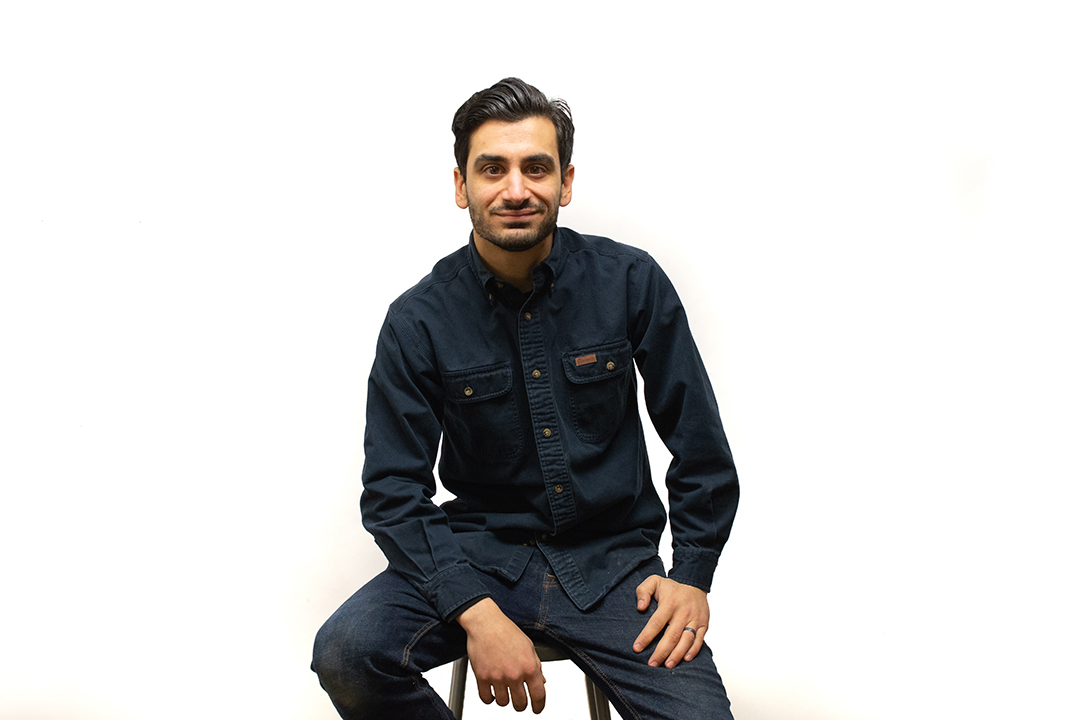 Domenic Fiorello ’11 (Furniture Design) didn’t envision himself as an entrepreneur during and shortly after his days at RIT.

But when commissions for his pieces he was taking on the side as a young professional ballooned, the promising possibilities of owning a business became difficult to ignore. So in 2014, he started Domenic Fiorello Studio, a custom woodworking and furniture design company in Fiorello’s native Cleveland, Ohio. Every piece, Fiorello said, is crafted and designed with careful attention to detail — something his RIT roots taught him.

“I applied principles we followed in college — very meticulously and thoughtfully made work,” Fiorello said. “The work is still very high-end, but in terms of design, things simplified and it was a slow shift into really trying to streamline and think about a conscientious balance between financials as well as thoughtfully made products.”

In his work, Fiorello has customers’ lifestyles in mind. He aims to enhance the everyday experience in their home with simple, functional, beautiful and long-lasting designs.

A foundation in creating quality products helped give Fiorello a soft landing as he entered the business world. In 2013, before opening his studio, Fiorello was featured in American Craft magazine’s design issue profiling 25 interesting craft artists to watch. It painted an accurate forecast of Fiorello’s future.

“We were much more trained as designer craftspeople (at RIT) and how to come up with a real product,” Fiorello said. “That is just as important as running a business.”

While he didn’t anticipate operating his own company, Fiorello’s success in the industry is no surprise — furniture design was on his mind long before RIT even. In high school, he grew fascinated by the art of it while doing work for a furniture company.

“I was interested in furniture but I was kind of lost with where to go with it,” Fiorello said.

That is until that company’s owner introduced him to top colleges for furniture design, including RIT.

“And after doing a tour of RIT’s facilities it was an obvious choice,” Fiorello said.

Further, Fiorello said the way the RIT Furniture Design curriculum incorporates thoughtful design and a comprehensive technical background in woodworking “is why I chose the program.”

“Why spend money if you are just going to learn woodworking,” Fiorello said. “You can do that anywhere. There is a very important balance between combining and mixing together the design world and the craft world. That relationship, I think, is what makes the academic work excel. One of the most important things I learned was to try and create timeless work and not follow trends. That alone was a huge philosophy.”

Now, Fiorello has an entire RIT Furniture Design network creating timeless design that he keeps in touch with and learns from as he moves forward with his business.

“Your classmates and professors, everyone continues some sort of path that is related in the industry,” Fiorello said. “The more of those people you stay in touch with, they’re going to help you out. The networking is important. Learning about new sources, whether it’s somebody who can potentially buy your work or potentially get you in touch with different manufacturing techniques, anything. There are a million ways to treat this industry and those people helped.”