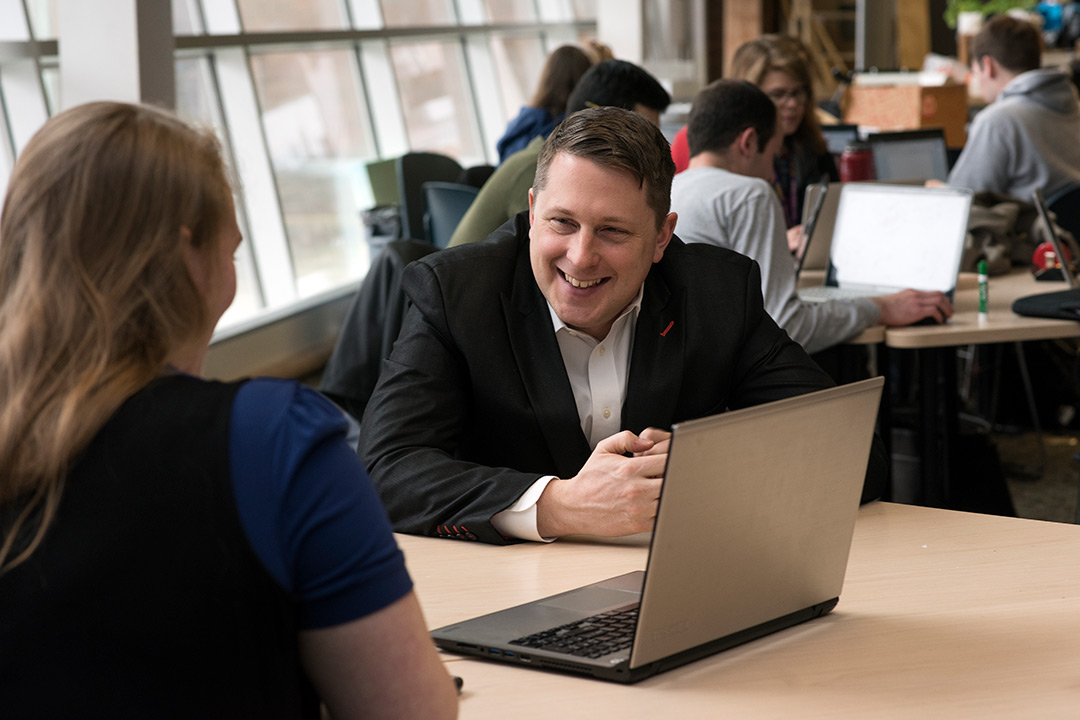 Michael Oshetski â€™03 (electrical engineering) started Micatu, which provides next-generation optical sensors. He recently visited RIT and talked with students about entrepreneurship and how he built his company from the ground up.

Eight years later the company—named Micatu after the first three letters of each partner’s first name— is a multimillion dollar business changing the way the world senses with light.

The company has won about $10 million in state and federal grants since 2012 and now works with every major utility in New York state, helping them better regulate their operations and reduce energy use.

The $1 million prize, funded by NYSERDA, has helped the Horseheads, N.Y., company grow, including expansion to a new 70,000-square-foot manufacturing facility.

That growth is expected to continue. In April, Micatu signed a deal with power management company Eaton to provide optical sensing technology. Eaton had $20.4 billion in sales last year.

Oshetski said he is proud he has been able to bring high-tech jobs to his hometown. He is thankful for his RIT degree, which gave him a strong technical background, as well as his father, who passed along a business sense.

At the age of 38, he is just getting started. Oshetski said he wants to continue to grow his company as well as pursue side projects, such as speaking and coaching students.