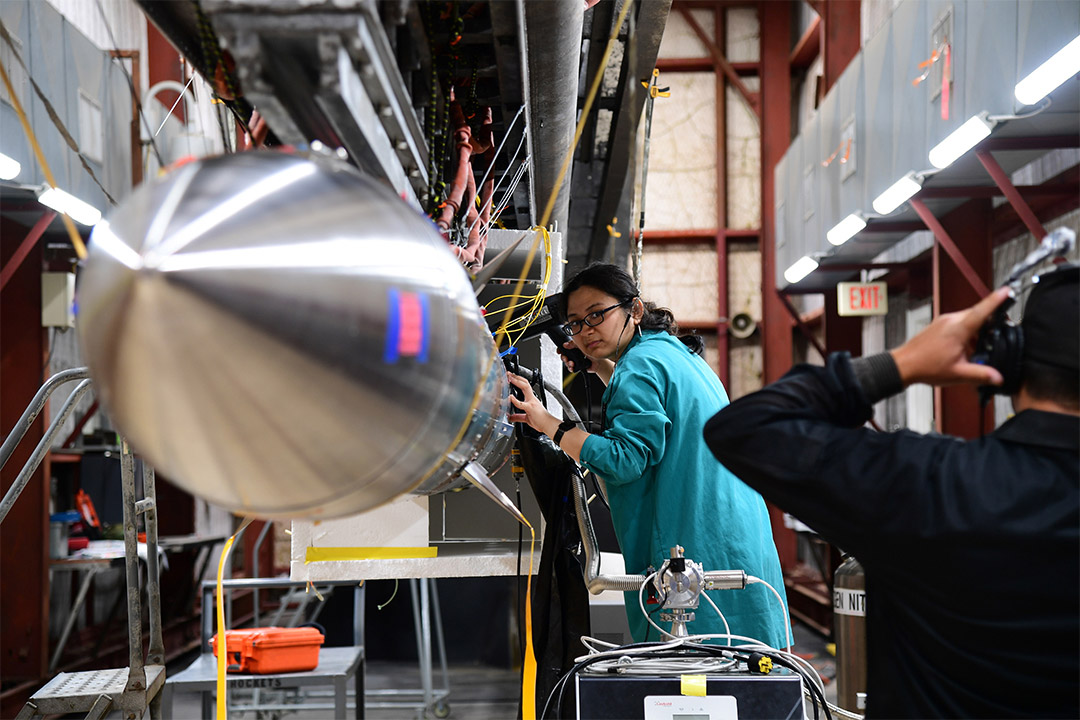 By sending a Black Brant IX rocket on a 15-minute flight to space and back, researchers from Rochester Institute of Technology, Caltech, Kwansei Gakuin University, and Korea Astronomy and Space Science Institute glimpsed traces of light from the earliest stages of the universe. The Cosmic Infrared Background Experiment-2 (CIBER-2) completed a successful first launch on June 7 at the White Sands Missile Range in New Mexico, the first of four planned over the next several years. 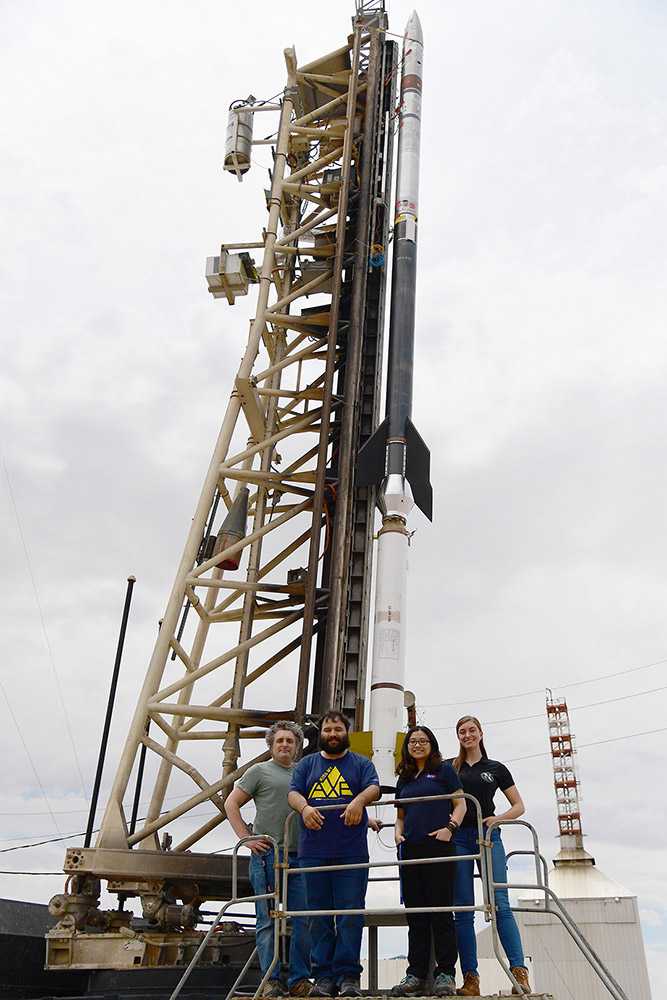 Led by principal investigator Michael Zemcov, an assistant professor in RIT’s School of Physics and Astronomy and Center for Detectors, the experiment aims to better understand extragalactic background light, which traces the history of galaxies back to the formation of the first stars in the universe. Zemcov said data collected by the study could help resolve discrepancies about how many stars exist in the universe.

“Scientists do this measurement different ways and we’re having a really hard time to make the results of those different ways agree,” said Zemcov. “So there’s a mystery going on. Why aren’t all these measurements agreeing? I think that CIBER-2 will start to unravel some of that.”

The experiment leverages an observational technique called intensity mapping used to study the structure of the universe. The rocket spends 6-7 minutes in space each flight, taking measurements in six infrared wavelengths to help the researchers analyze the diffuse infrared glow in our skies. 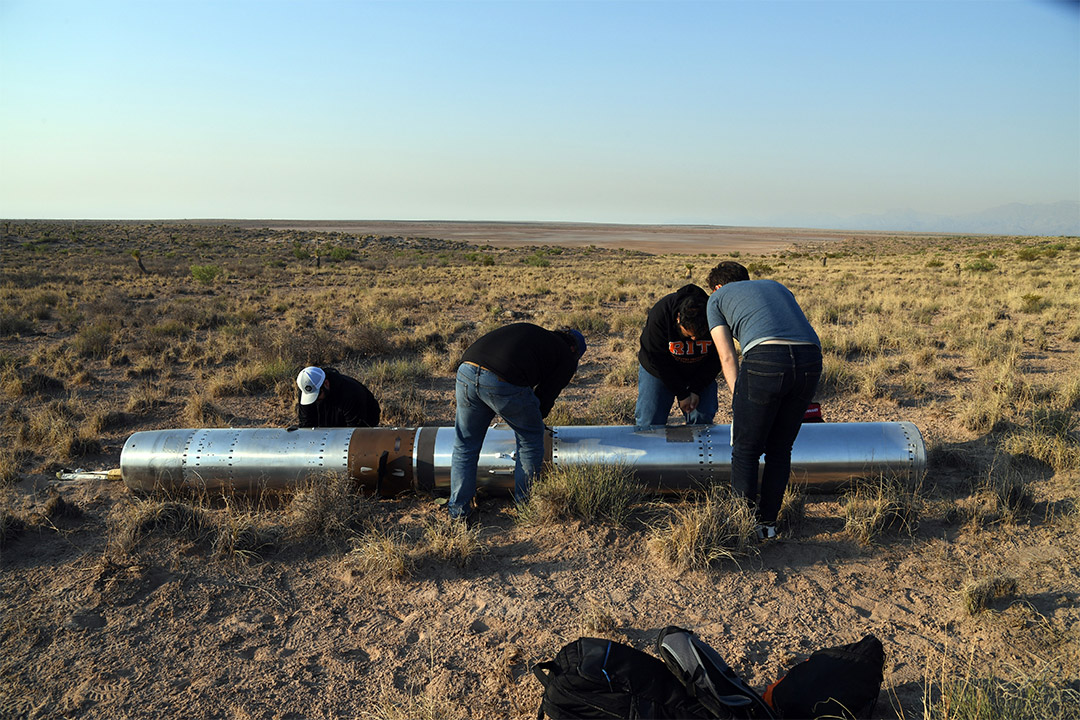 Recent alumna Chi Nguyen ’21 Ph.D. (astrophysical sciences and technology), whose thesis and much of her graduate career were focused on the project, called the launch exhilarating.

“It feels amazing, a lot of weight off my shoulders,” said Nguyen. “It’s really exciting right now because we’re pulling the data and I can actually see star images. I think this is a great experiment and we’re doing a lot of interesting work in astronomy. It may take a while to get the science out of it but I think it has been a very successful first launch.”

Nguyen will next head to Caltech for a position as a postdoctoral researcher under Professor Jamie Bock, co-principal investigator of CIBER-2 and Zemcov’s former mentor.

Four RIT researchers spent the last several months in New Mexico helping to prepare the rocket for launch—Zemcov, Nguyen, astrophysical sciences and technology master’s student Michael Ortiz, and Serena Tramm, an astrophysical sciences and technology Ph.D. student. The experiment was nearly ready for launch in February 2020 when the coronavirus pandemic brought the project to a halt. Fortunately, after sitting idle for 15 months, the device just needed a few adjustments during testing and the launch went off without incident.

After launch, the researchers collected the payload, recovered the data from the on-board hard disk, and shipped the CIBER-2 device back to Rochester. In the months ahead, the team will analyze the data and make modifications in preparation for the next launch, expected this time next year.

The project is part of NASA’s Sounding Rockets Program, which uses rockets such as the Black Brant IX to carry scientific instruments for short sub-orbital flights at low vehicle speeds to carry out experiments. Zemcov called the program an ideal experiential learning opportunity for students.

“I think part of the mission of the sounding rocket program is to be a place where we can train the next generation of space scientists in a relatively low-risk environment,” said Zemcov. “The students get hands-on experience in the details of the engineering and the science and then get to think about how they would transfer those skills to bigger missions. That’s part of why the program exists, and we should remember that.”

I've always believed that the stars in the night sky are snapshots of the past because starlight travels millions of light years to reach us. This mission proves that we're all unknowing time travelers! https://t.co/BgYP1EiaZi 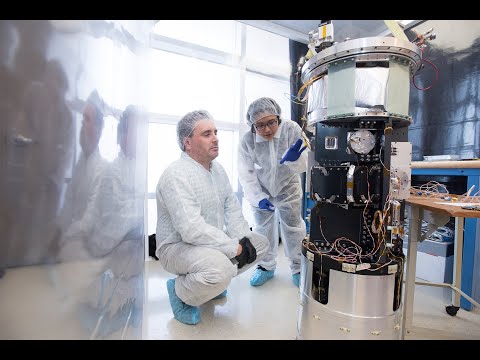