A conversation on Photonics for Quantum 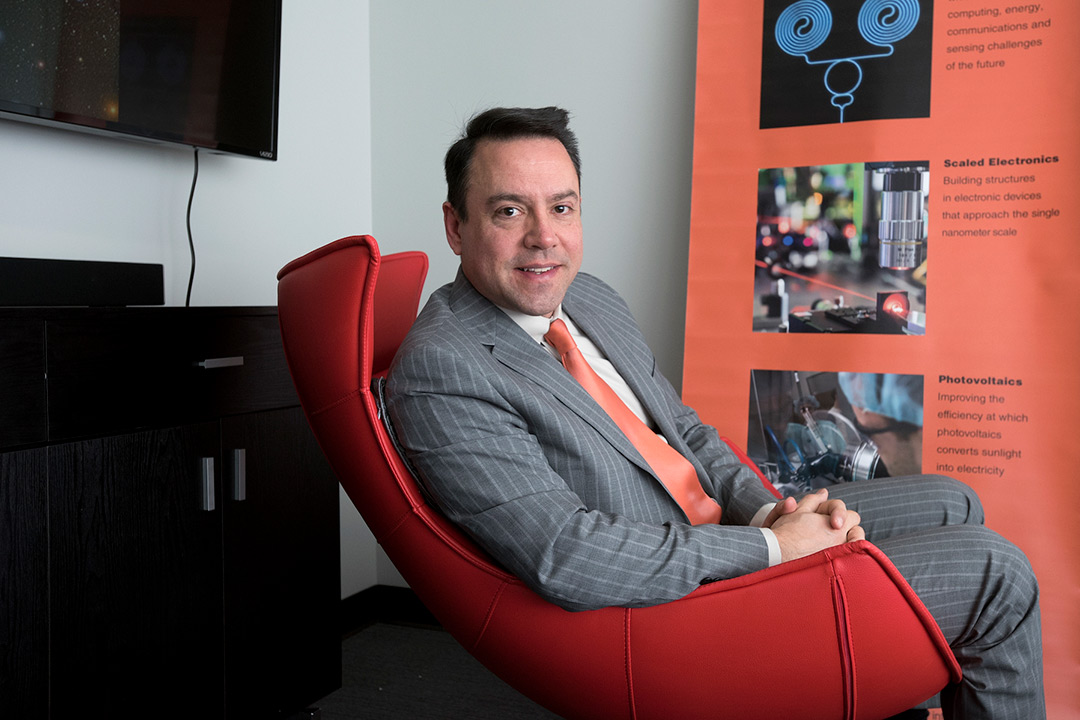 Recent advances in quantum science have leapfrogged existing capabilities in handling complex computational problems, providing communication security, and in enhancing navigation, imaging and other sensing technologies. Scientists and engineers from across the country will travel to RIT for the Photonics for Quantum Workshop Jan. 23-25 to discuss quantum technology development in five main applications—computing, communication, imaging, sensing and clocks.

Question: What is quantum physics in a nutshell?

Answer: Quantum physics is the field that seeks to understand the rules and effects of manipulating the smallest amount of energy at the subatomic level. Different rules govern matter at this scale, and scientists are attempting to harness the strange, unintuitive properties. Understanding quantum phenomena led to revolutionary technologies including semiconductor microelectronics, lasers, MRI machines, LEDs and CCD cameras. In the past few years, technical advances have triggered a new “Quantum 2.0” revolution that promises to change the world in a similar way.

Q: What is photonics?

A: Photonics describes the use of photons (light) in circuits, instead of using electrons, which are used in electronics. Light can carry energy—for example, for laser cutting and welding—or light can carry information—for example in the fiber optic networks that form the backbone of our telecommunications infrastructure. Many potential quantum 2.0 technologies are photon-based, including ultra-secure communication and networking, precision environmental sensing and ultra-low-light imaging. Quantum photonics leverages existing photonic technology and infrastructure, including lasers, optics, fiber-optics, integrated photonic circuits and advanced detectors.

Q: Why did you organize the Quantum for Photonics Workshop? What is the goal of the conference?

A: We organized the Quantum for Photonics Workshop in order to learn from others and share our ideas concerning the status, and potential, of photonics for quantum science and technology.

Q: How might quantum science and technology shape the future?

A: Quantum science and technologies are on the verge of enabling a variety of transformational technologies. Quantum clocks can remove reliance on GPS for navigation. Ultra-sensitive quantum cameras can see in the dark and around corners. Quantum sensors can monitor gas emissions for improved health and safety. Quantum-encrypted communications can be made unconditionally secure. Quantum simulators can model complex molecular interactions, leading to breakthroughs in medicine and energy. The ultimate goal is the Universal Quantum Computer, a device that can do some calculations intractable for today’s computers. Quantum technologies will impact sectors including telecom, defense, medicine, information technology, finance and energy—many with near-term commercial prospects.

Q: What is the National Quantum Initiative Act?

A: The NQIA was a bipartisan act passed by Congress and signed by President Trump. It establishes a national strategic plan to coordinate the development of quantum technologies in the United States and provides $1.2 billion in funding for quantum technology research over five years. Similar large-scale initiatives and investments are underway in the United Kingdom, European Union and China. The NQIA will create new multidisciplinary research centers aimed at transitioning quantum technologies form laboratory experiment to deployable technologies. These centers and their partners will train the future quantum workforce

Q: What does it have to do with RIT?

A: Quantum technologies are transitioning from academic laboratories to applied technologies. RIT, with its expertise in advanced fabrication and packaging, strong multidisciplinary emphasis, and exceptional faculty and students, is well-positioned to help effect this change. There is also an increasing demand for programs and curricula to train a new quantum workforce. RIT has the resources and personnel to lead in this important area.