Gabrielle Cole combines engineering and the environment to make an impact 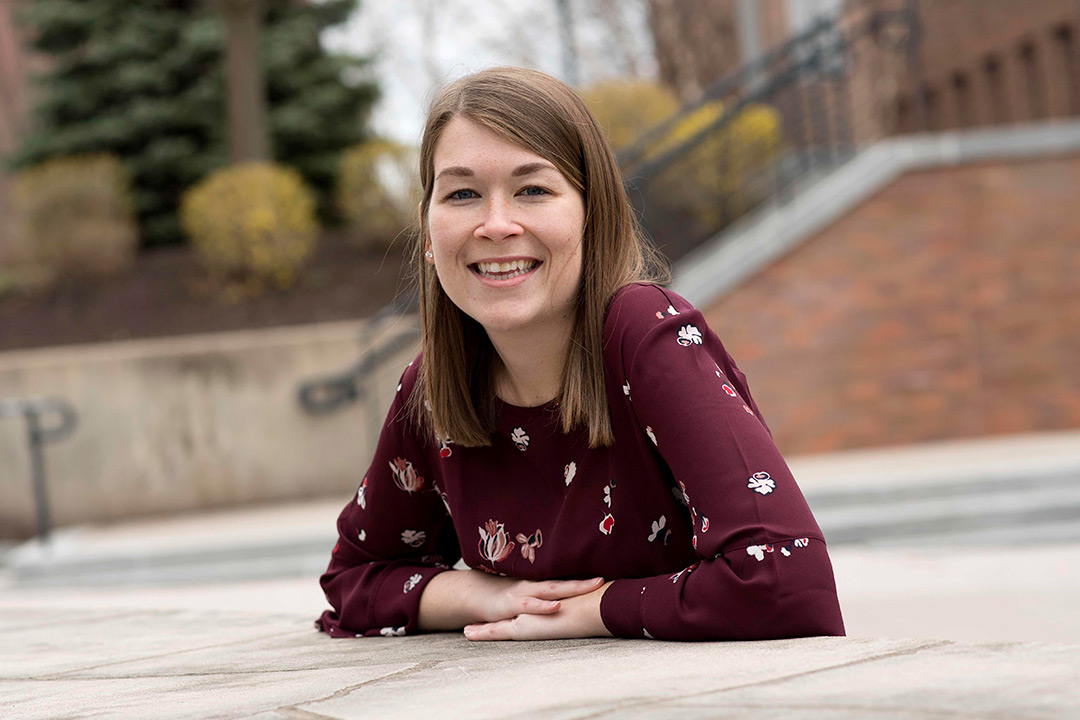 When Gabrielle Cole starts her new job, she will be the only female engineer at the company. Her journey from academics to professional was influenced by several factors—from family and hometown to campus and co-op experiences. She was able to build on these foundations toward an ideal first job.

She’ll start work in June at B2Q Associates, located outside of Boston, and focus on engineering, designing and installing energy-efficiency projects for industrial and commercial clients.

“I see this as a big opportunity in engineering. The technology is there, but sometimes the decision to use the technology gets lost in political hurdles. So, I started looking into ways I might have more of an impact, looking into companies that help people understand how to better use energy and systems,” said Cole, who will graduate from RIT’s Kate Gleason College of Engineering with a degree in mechanical engineering.

“I originally looked into environmental studies, but with mechanical engineering I found I could go in a lot of different directions and I’d still be able to pursue my interest in the energy field. The first time I became interested in this area was seeing oil spills in the news and all the animals effected by them,” said Cole, who grew up near Potsdam, N.Y., near the St. Lawrence Seaway. “I lived on one of the rivers with numerous hydro plants. I saw the water levels rising and had always wondered what was happening.”

She’d get answers to her questions during several of the co-ops required in her major, including the design and development of an optics measurement device for Corning Inc. and being involved with the gas power systems with GE Power. At a final co-op, she worked alongside an engineer at Brookfield Renewable, in her hometown, and visited nearly 30 hydro power plants in the area, learning more about how water levels are controlled and how this impacts people and the environment.

While the co-op experiences helped her settle career goals, she was equally active on campus as a member of the Society of Women Engineers, where she was the community service chair and helped organize the group’s representation in the local Relay for Life walk. Cole also participated in campus and community activities through RIT’s Women in Engineering program and as a member of the university’s student chapter of Pi Tau Sigma, a mechanical engineering honor society. In 2017, Cole was recognized for her academics, being named an Outstanding Undergraduate Scholar, which is given to only the top one percent of students in the college. Cole also worked with the Advance RIT program, helping to coordinate the campus team’s programs and writing its newsletter.

She’ll bring campus and community experiences to B2Q Associates. While the company is small--less than 20 employees--their CEO is a woman and the employees are mostly young engineers such as herself. Cole does not see herself as a flag bearer, being the only female engineer. The people, focus and work are a “great fit” she said, and someone had to be the first.