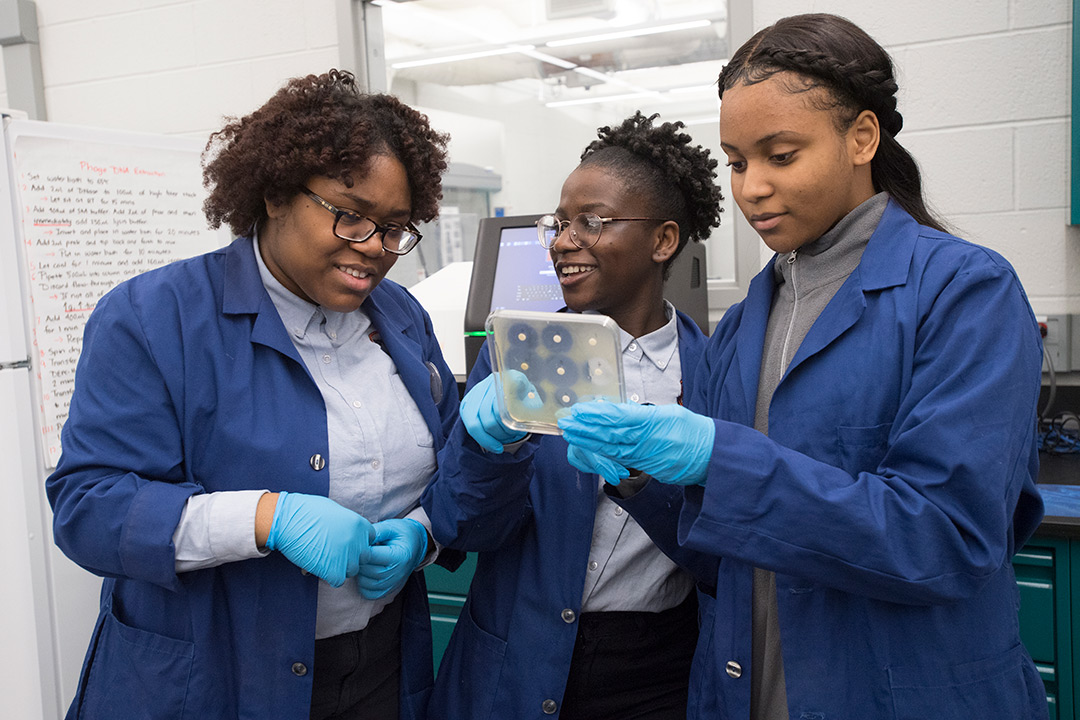 Three high school students working in a science lab for the first time made a surprising discovery with a Rochester Institute of Technology professor. Now, the young women are co-authors on a scientific paper announcing a rare bacterium that kills e-coli.

Atlantis Aziz-Dickerson, Joyceline Dweh and D’Asia Buchanan—seniors at Uncommon Schools’ Rochester Prep High School—isolated, identified and genetically sequenced the genome of a Yimella bacterium in the RIT Genomics Lab with faculty mentor André Hudson, head of RIT’s Thomas H. Gosnell School of Life Sciences. The species of Yimella produces antibiotic compounds that inhibit at least two kinds of bacteria, Escherichia and Bacillus, both of which contain species pathogenic to humans. 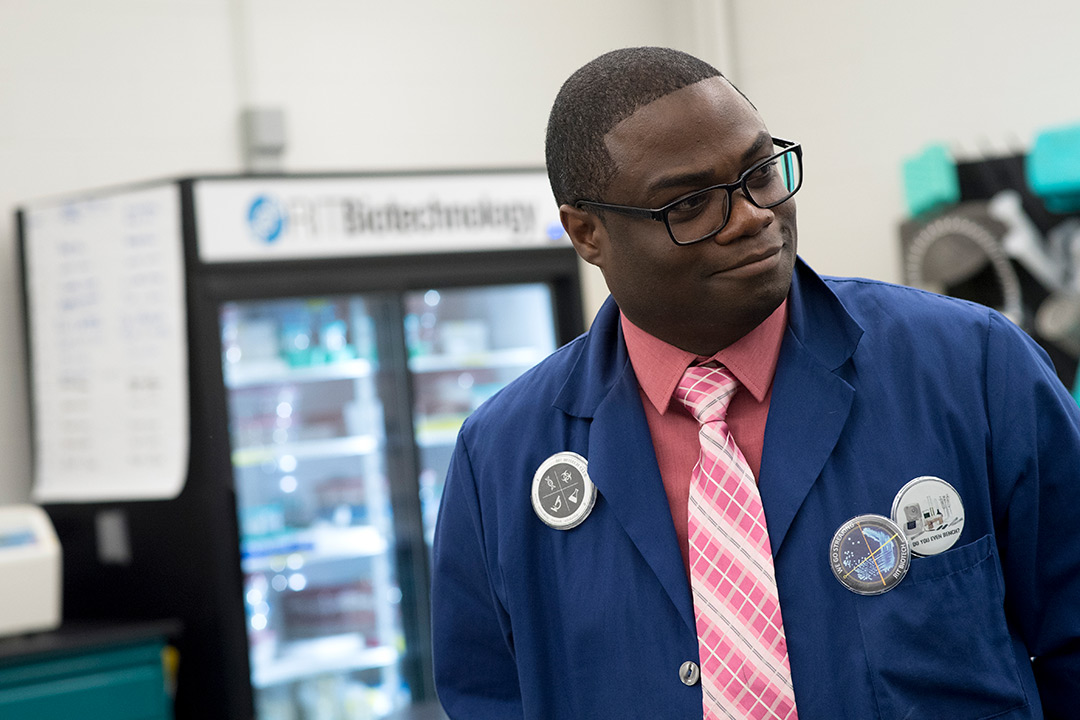 Working in the RIT Genomics Lab throughout the fall semester, the students isolated, extracted and sequenced the whole genome of the bacterium—3.2 million base pairs—using an advanced sequencing platform, the Illumina MiSeq Next Generation Sequencer. The team annotated the genomic information and analyzed the genome of the bacterium to reveal the organism’s unique properties.

“We all worked on it together,” Buchanan said. “Knowing that I was a part of this finding was really exciting for me because not everybody has the same opportunities and, being that we come from a place where we don’t have a lot of opportunities to be published and to be in this situation, it was very rewarding.”

Aziz-Dickerson isolated the bacterium from the door handle leading to a lecture hall in RIT’s College of Science building, or Gosnell Hall. The high school senior plans to study biomedical sciences and biology at college.

“Antibiotic resistance is a growing factor in our world,” Aziz-Dickerson said.  “We swabbed a door handle, one of the bathroom hand dryers and a cell phone, and we isolated three different bacteria. We didn’t know the genera or species of the bacteria we isolated. We found out it inhibits the growth of two different types of bacteria.”

Hudson geared the capstone project towards bioprospecting—searching for unique bacteria with beneficial properties that can be exploited. He was surprised to find this species.

“This one is unique,” Hudson said. “Our paper is one of the few studies out there and the bacterium produces compounds to kill other bacteria. I see science as a service, and we are making the strain available to the scientific community. We will need to do follow-up experiments, but this strain of Yimella may be a candidate for isolating compounds to create new antibiotics.”

Antibiotic and antifungal resistance is a growing concern around the world, and pharmaceutical companies are racing to make up for lost time in developing new drugs to treat infections. The overuse and lack of stewardship of antibiotics, along with the hurdles of the drug approval process, are to blame, Hudson said.

“We had drugs on the market that worked well for a while but stopped working due to a natural phenomenon of evolution,” Hudson said. “If you continue challenging the same organism or organisms with the same drug over time, they well figure out a way to circumvent it. We weren’t discovering or developing drugs at the same time to match the pace of evolution. We knew ultimately that this was going to come, it was just a matter of time.”

Nearly 20 students from Rochester Prep visited RIT during the fall and winter to work with professors on a variety of projects in science, biomedical sciences, sustainability, game design, photojournalism and sociology. Many of the Rochester Prep students will be among the first in their family to attend college. Experiential learning opportunities like the capstone program give them a glimpse of the culture and pace of college.

“I’ve never been in a lab before,” Dweh said. “I already have the knowledge of what to expect when I go to college now that I have this experience. Doing this capstone project took me out of my comfort zone, and I think it will help me in the future.”

Hudson did not hesitate to volunteer to be a capstone mentor when he learned about the opportunity.

“I was heartened by this program,” Hudson said. “I am a scientist today because someone took the time to do exactly what I hope I did for those students.”

The capstone program grew out of a unique relationship between the charter high school and the university. Rochester Prep High School, a member of award-winning charter management organization Uncommon Schools, opened in 2014 with a strong partnership with RIT already in place, through a donation from RIT Trustee Ron Zarella.

“The Zarella gift supports RIT in directing relevant resources to the goal of 100 percent college graduation for all Rochester Prep students,” said Kit Mayberry, RIT vice president for strategic planning and special initiatives. “RIT’s involvement with the high school is not a recruitment tool; like Uncommon Schools, it helps graduating seniors find the college most suitable to their talents and interests.”

Mayberry, who directs the RIT side of the partnership, thinks that this unique alliance can become a model for other urban schools.

“It stands to reason that higher education should be a major player in the process of preparing students for a successful college career,” Mayberry said. “While not all Rochester Prep capstone students will be co-authors on a scientific research paper, the partnership gives all of them a huge leg-up for college success.” 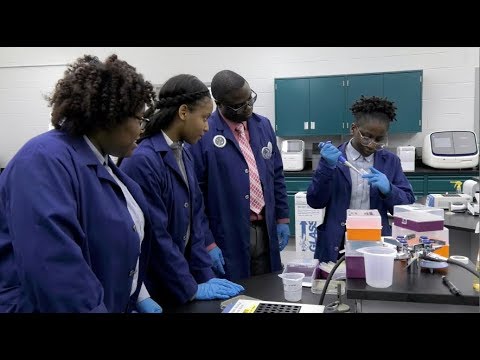