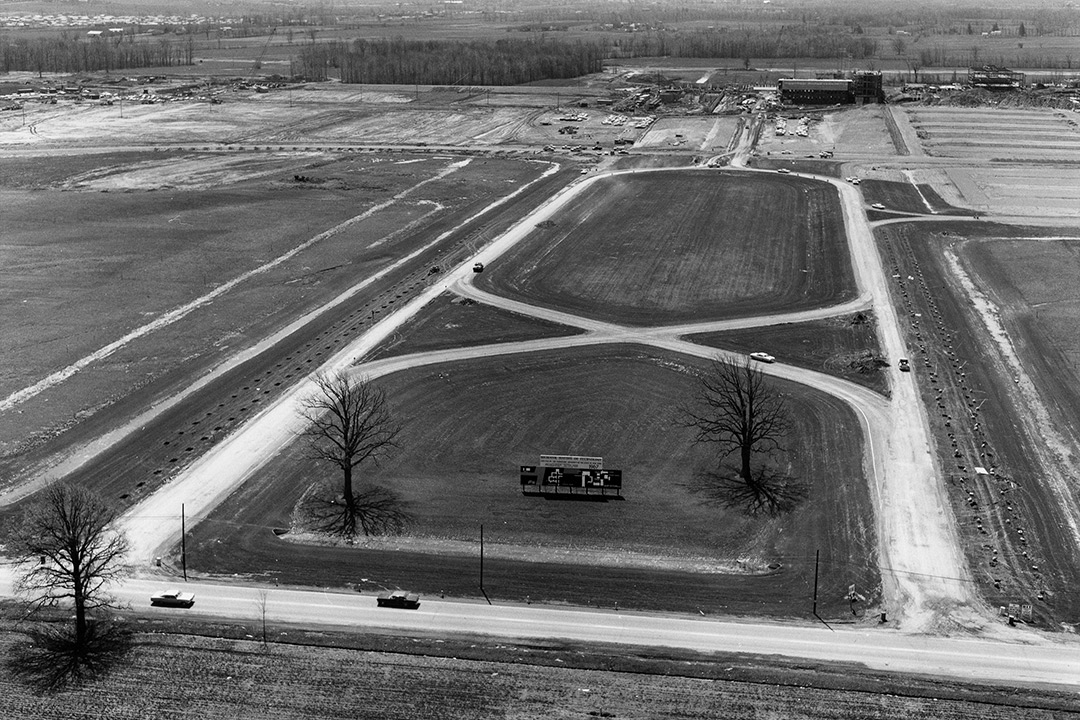 This photo shows RITâ€™s entrance in 1966, two years before the Henrietta campus opened. The oak tree on the right fell during a windstorm in 2017. Industrial design students came up with three ways to use the wood from the tree during the T-Minus 151 project.

A century-old oak tree that majestically stood at RIT’s Henrietta campus entrance when the first students arrived will be incorporated into the 50th anniversary celebration.

This year marked the fifth iteration of the T-Minus 151 project, the industrial design program’s annual design blitz in which students have about one week—151 hours to be exact—to complete a sponsored project. This collaboration featured a partnership between the university and the late, iconic and treasured RIT Artist-in-Residence Wendell Castle, who died on Jan. 20.

In all, 48 student teams created concepts that embody RIT’s spirit using reclaimed wood from the long-standing oak tree that was felled by a windstorm in the spring of 2017.

Teams that best captured Castle’s unique conceptual and making process as a model won for the creation of three projects that were selected by a juried panel. Winners are:

The winning designs are scheduled for production and installation in time for the university’s anniversary celebrations feting the Henrietta campus during Brick City Homecoming & Family Weekend Oct. 19-21.

Josh Owen, a professor and chair of the industrial design program, said Castle would have been pleased with the students’ work during T-Minus.

“In addition to marking this important anniversary for RIT, these creations celebrate Wendell’s legacy and his profound impact on the industrial design program and the university as a whole,” Owen said. 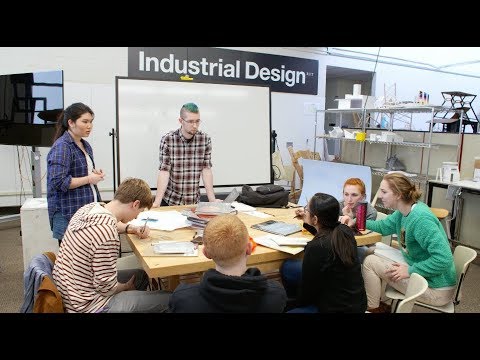