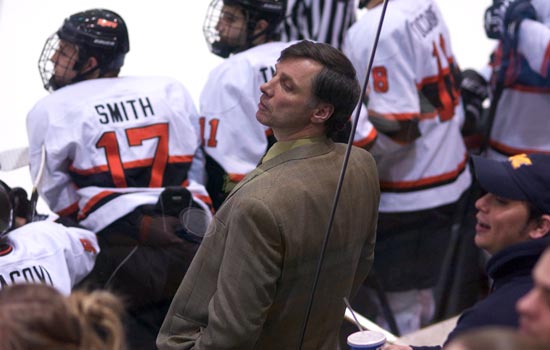 “I am excited to continue on at RIT,“ says Wilson, who will enter his 12th season behind the bench for the Tigers next season. “It’s been a quick and exciting first five years of Division I play, and I’m looking forward to the next five years to take the next step and get closer to winning a national title.”

Last season, Wilson led the Tigers to their first NCAA Division I Men’s Championship Tournament appearance in school history and a trip to the Frozen Four in Detroit. He was named the 2010 Spencer Penrose Award winner, given to the Division I men’s hockey national coach of the year.

Wilson helped guide the Tigers to a school record 28 wins en route to capturing the Atlantic Hockey regular-season and tournament championships, making RIT the nation’s only school to win both conference titles. RIT was 28-12-1 overall and 22-5-1 in conference play.

The Tigers advanced to the Frozen Four with wins over No. 2 overall seed Denver and No. 12 New Hampshire in the East Regional in Albany. The wins also capped a school record 12-game winning streak by the Tigers, during which they outscored foes 53-16.

Wilson helped RIT become the first Atlantic Hockey program to qualify for the Frozen Four and it marked the school’s first NCAA appearance since becoming a Division I program in 2005-2006.

“Coach Wilson is a leader of young men both on and off the ice,” says Destler. “He’s led RIT to the Frozen Four. He’s led RIT to Atlantic Hockey Association championships. But more importantly, his players continue to perform strongly in the classroom and he’s instilling character in these young men that will last a lifetime.”

In his 11 seasons as head coach at RIT, Wilson has compiled an overall record of 216-103-25. He became the all-time winningest coach in RIT history, surpassing Eric Hoffberg in a 6-2 win over the University of Connecticut last October. Wilson earned his 200th win at RIT on Jan. 15, also against U Conn.

Wilson became the first coach to win both the Edward Jeremiah Award (2001 Division III National Coach of the Year) and the Penrose Award.

A 1984 graduate of Bowling Green, Wilson played defense for the Falcons 1980-1984, serving as team captain in 1984 when Bowling Green won the NCAA championship in a historic four-overtime battle against Minnesota-Duluth, prevailing by 5-4.

Wilson later served as an assistant at Bowling Green before assuming the RIT head coaching position in the 1999-2000 season. Prior to RIT moving into Division I, he led the Tigers to three NCAA Division III Tournament appearances.

“I couldn’t be happier living in Rochester and working at RIT,” says Wilson. “Our administration has been extremely supportive, and our fan support is tremendous.”