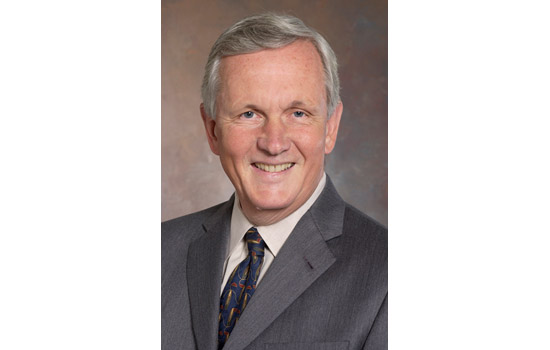 Michael P. Morley, who led Rochester Institute of Technology as its Board of Trustees chairman from 2005 to 2009, died Thursday. Mr. Morley, of Pittsford, was 66.

Mr. Morley, a 1969 RIT graduate in business administration, spent his career at Eastman Kodak Co., where he climbed the ranks before retiring in 2004 as chief administration officer and executive vice president.

“Mike was a natural leader because he listened so well and because he made decisions based on what is best for the organization he was leading, whether the decision was in his own personal interests or not,” says RIT President Bill Destler. “He was also a very hard worker who led by example and who was very tenacious when pursuing a worthy goal. Under his leadership, RIT expanded its national and global reach.”

Under Mr. Morley’s tenure as board chair, RIT accomplished the following:
• A successful $309 million fundraising campaign for RIT in 2006
• The development and implementation of a strategic plan, a roadmap for RIT through the year 2015
• A trustees meeting in California with visits to corporate leaders at 22 companies
• The establishment of Imagine RIT: Innovation and Creativity Festival
• The addition of several new Ph.D. programs: sustainable production, astrophysics, color science, and computing and information sciences
• The opening of RIT Dubai in 2008
• The dedication of several new buildings: Center for Student Innovation, College of Applied Science and Technology building, Center for Bioscience Education and Technology, and the IT Collaboratory research facility

“RIT was always uppermost in Mike’s heart and mind,” says Simone. “Many of his accomplishments were done the hard way—going to night school, working his way up at Kodak.”

At the Nov. 13 Board of Trustees meeting, Mr. Morley’s tenure as board chair ended and the gavel was handed to Donald Boyce ’67 (business administration). The new board chair says following Mr. Morley will be a difficult task.

“Mike was a great colleague and friend,” says Boyce. “RIT has built a strong foundation and has experienced an impressive upward trajectory. But if it follows the strategic plan that was developed under Mike Morley’s leadership, RIT will not only continue to provide an excellent education for students, but it will also rise even further in stature. Mike will be disappointed if we rest on our laurels.”

In a recent interview, Mr. Morley credited RIT with providing him “the skills and confidence that have been so important to my success. My time with RIT has been an exciting adventure. RIT continues to grow in size and scope. It is amazing to see how far the university has come in such a short period.”

Mr. Morley and his wife, Jean, were married more than 45 years. He is also survived by three grown children and three grandchildren.

The Morley Years at RIT:
1964: Begins career at Eastman Kodak Co. in Film Testing Division
1969: Earns bachelor’s degree in business administration from RIT
1995: Receives RIT Distinguished Alumnus Award
1996: Elected to RIT Board of Trustees
2004: Retires from Kodak, where he served as chief administration officer and executive vice president
2004: Named RIT’s “Outstanding Alumnus”
2005: Named chair of the RIT Board of Trustees
2008: Named RIT’s “Volunteer of the Year”
2009: Becomes immediate past chair on RIT’s Board of Trustees Executive Committee on Nov. 13