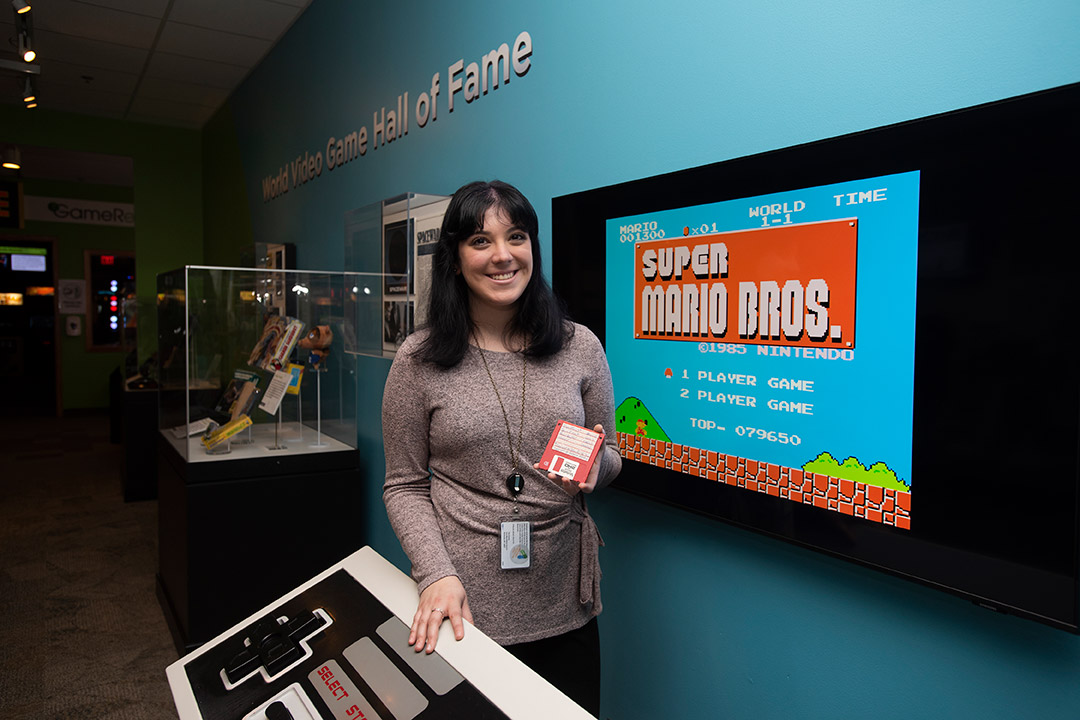 Last summer, a Rochester Institute of Technology alumna made a rare discovery at Rochester’s Strong National Museum of Play.

While processing a box of donated items, Kirsten Feigel ’15 (museum studies), a cataloguer in the museum’s International Center for the History of Electronic Games (ICHEG), came across a rare piece of video game history—a demo of Super Mario Bros. 3.

“As a cataloger, I am responsible for thoroughly investigating, documenting, and preserving items in a donation,” Feigel said. “I opened the box because it was uncharacteristically heavy. Inside, among other unrelated materials, I saw a floppy disk with the words ‘Super Mario’ handwritten on it. It was just in this random box. I brought it to the attention of my supervisor and he kind of geeked out about it.” 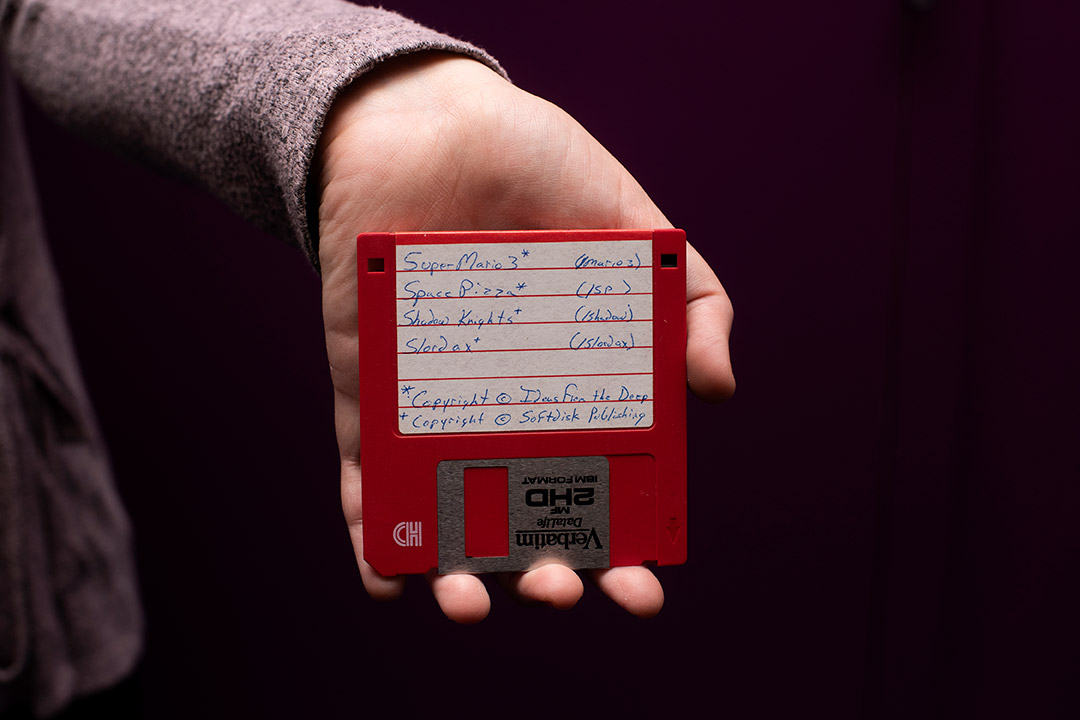 The demo she found was created in 1990 by a company called id Software (best known for creating Doom) in an attempt to persuade Nintendo to partner with them to develop a version of Super Mario Bros. 3 for PC computers. Nintendo rejected the idea, so a PC version of the game was never made.

Stephen Jacobs, professor of interactive games and media at RIT and scholar-in-residence at Strong Museum, explains the significance of this discovery.

“The demo is a peek into the early work, growth, and development of id Software, who developed some of the most influential early video games of all time,” he said. “It also demonstrates how much farther ahead id’s team was compared to the other PC game developers of the time. It also allows for speculation into an alternate history of video games that never happened, one where Nintendo’s key properties went onto PC computers.”

Although Nintendo rejected id Software’s proposal, the demo lived on. It was known to exist, but has never been seen or played by the general public.

“About six years ago, one of id Software’s founders, John Romero, uploaded a video to the internet demonstrating some of the demo’s functionalities,” he said. “It was also mentioned in Masters of Doom, a book about the history of id Software. What makes this discovery different is that this is an interactive, playable version of the demo, so you can really see exactly what was created, how well it worked, and what Nintendo would have seen and experienced at the time.”

Feigel didn’t know any of this when she found the floppy disk, though. At first, she said, she wasn’t sure what she’d found.

Despite her role at ICHEG, Feigel isn’t a gamer and she isn’t familiar with video game history. This didn’t hinder her ability to recognize that what she had found was special, though.

“Although I’m not a very big video game person, I did recognize that it was on a floppy disk and that the label was handwritten,” Feigel said. “I figured it must have been some sort of first-issue or prototype of that game.”

The demo now lives within the museum’s archives where it will be preserved appropriately and made accessible to game scholars and researchers. Although it isn’t on display to the general public yet, Jacobs says there’s hope.

Feigel’s discovery sparked excitement and attention from all over the world, garnering press coverage in Ars Technica, Engadget, Tech Times, and more.

She credits RIT’s co-op program and her museum studies education in helping her develop an interest in the field and jump-start her career. She says she was heavily influenced by a course all majors are required to take in their first year, Introduction to Museums and Collecting.

“We went on trips to different museums in the Rochester area. We’d speak with curators and they would explain what they do and show us the behind-the-scenes. I thought that was very interesting. Eventually I started my co-op at Strong Museum, and through developing those relationships, I ended up where I am today.”