REMADE is only national institute focused entirely on transitioning U.S. toward circular economy 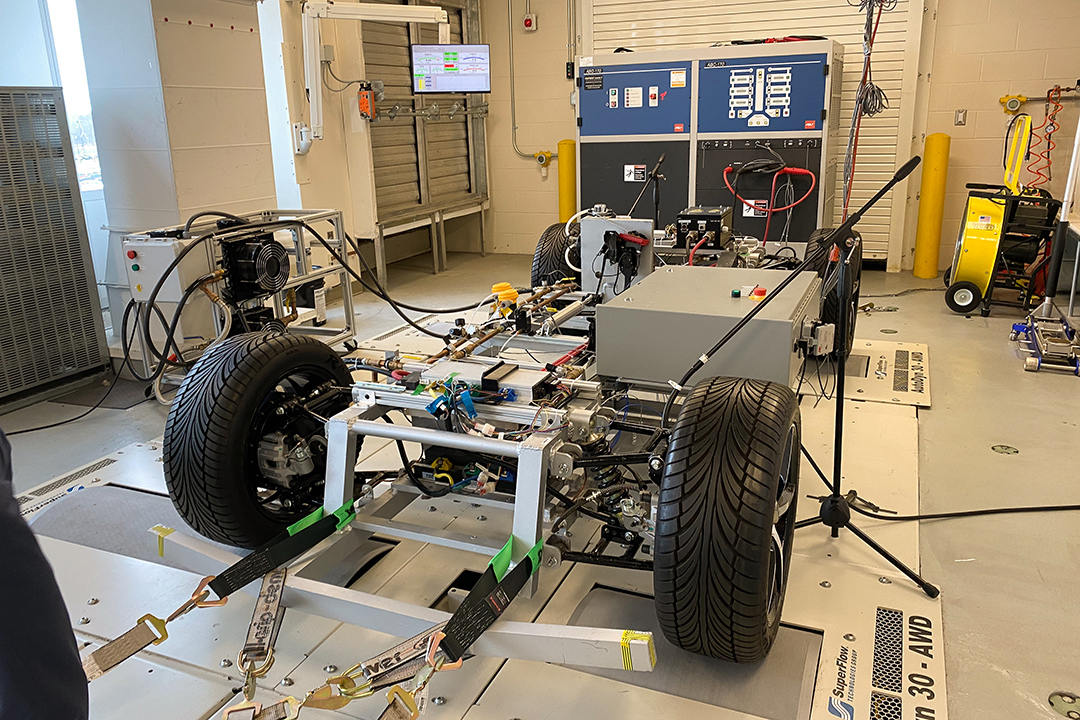 As REMADE looks to the future, the institute is embarking on several new initiatives, including one focused on full electric vehicle (EV) recyclability. REMADE’s goal is to develop effective recycling technologies to address the projected significant increase in EV demand and ensure the recovery of high-value materials for use in future EV production.

A national manufacturing institute led by an associate provost at Rochester Institute of Technology is marking five years of accelerating the transition to a circular economy in the United States.

The REMADE Institute, founded in 2017 by the U.S. Department of Energy (DOE) with an initial investment of $140 million, grew nearly 60 percent in a 15-month period to more than 140 current members, including industry innovators, academic research institutions, trade associations, and national labs. The consortium is focused exclusively on the development of innovative and transformational technologies geared toward designing for durability, reuse, remanufacturing, and recycling to keep products, components, and materials circulating in the economy and reducing waste and emissions.

Nabil Nasr, founding CEO of REMADE—short for Reducing EMbodied-Energy And Decreasing Emissions—called the next decade a “critical” time period for the United States.

“To meet our nation’s climate goals, achieve net-zero by 2050, increase U.S. manufacturing competitiveness, and increase the resiliency of the nation’s supply chain, the U.S. must lead as we face what many have called this generation’s greatest challenge,” said Nasr, associate provost and founding director of RIT’s Golisano Institute for Sustainability (GIS). “At REMADE, we are leading the way in the U.S.’s transition to a circular economy, contributing to meeting our nation’s net-zero goal.”

REMADE is part of Manufacturing USA, a national network of public-private partnerships united to secure U.S. global leadership in advanced manufacturing through large-scale collaboration on technology, supply chain, and workforce development. REMADE is the first where the university is serving as lead member. The national network includes the U.S. Departments of Commerce, Defense, and Energy, their 16 sponsored manufacturing institutes, along with six other federal partner agencies.

“This public-private partnership would not be possible without the steadfast support of our federal delegation,” said Vanessa J. Herman, vice president for Government and Community Relations at RIT. “Majority Leader Chuck Schumer, Senator Kirsten Gillibrand, Congressman Joe Morelle, and their staff, have worked tirelessly to support REMADE and its mission. We look forward to continuing this important partnership to increase and strengthen U.S. manufacturing competitiveness.”

Since the institute’s founding five years ago, REMADE has launched or selected 84 projects, representing a total combined value of $85.6 million. REMADE and its members are developing technology solutions that are capable of:

A recent study by the United Nations Environment Programme predicted that global material consumption will more than double by 2060. Unswerving in its mission to dramatically reduce the embodied energy and carbon emissions associated with industrial-scale materials production and processing, REMADE is developing a wide range of technology solutions to reduce materials waste; innovate so that products are designed to be safely reused, remanufactured, or recycled; and keep materials out of the waste stream.

The institute is organized around five focus areas—also known as nodes—designed to address cross-cutting challenges through applied research and enable increased recovery, reuse, remanufacturing, and recycling of metals, fibers, polymers, and electronic waste.

In the latest round of REMADE funding late last year, GIS was awarded four projects totaling $3.5 million, bringing its overall number of awarded projects since the institute’s founding to 12 (totaling $5.3 million). Every REMADE award is matched by at least a 50 percent cost-share from project participants and a grant to RIT from New York’s Empire State Development. The projects, to begin this year, include automating the remanufacturing of electric vehicles’ battery modules and the development of an innovative method for disassembly and separation of apparel for recycling.

A fifth project, titled “Development of Hybrid Repair and Nondestructive Evaluation Technologies for Aerospace Components,” was awarded to the Kate Gleason College of Engineering.

In 2021, REMADE increased the institute’s portfolio of research and development projects substantially, funding or selecting 45 projects for negotiation, representing $65.8 million in investment.

The institute will soon release its impact report detailing its continuing growth and projects that are accelerating the nation’s transformation to a world without waste.