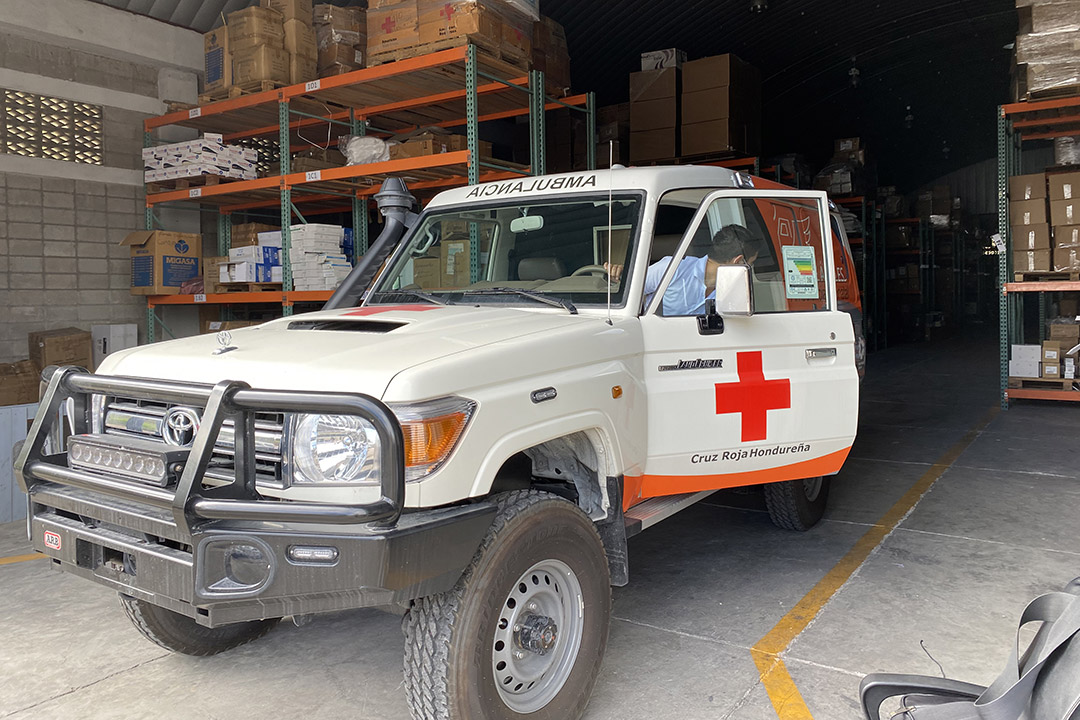 The custom neonatal ambulance, designed by RIT’s Hope for Honduras team, was delivered to Honduras this week. Click through for more photos of members of the Honduran Red Cross stocking the ambulance.

After five years of collaboration and production, the neonatal transport ambulance designed by RIT’s Hope for Honduras team has hit the ground in Honduras. The ambulance will help save countless young lives by greatly enhancing medical access to neonatal care for those living in rural areas of the country.

Mary Golden, associate professor and interior design program chair in the School of Design and director of Hope for Honduras, helped identify the challenges of caregiving for premature and critically ill newborns in Honduras during a 2017 trip to the country with Little Angels of Honduras, a not-for-profit organization also involved with the ambulance initiative. Since then, she has worked with individuals at RIT and other organizations to design and create this custom emergency vehicle.

She will travel to Honduras this month to help assemble the ambulance and train Red Cross and hospital staff on the new equipment.

“It is a monumental and proud occasion for all who have contributed to the design and production of this prototype vehicle with so much love and commitment. We feel humbled knowing that the use of this vehicle to provide lifesaving transport for critically ill newborns, by our friends at Cruz Roja Hondureña, will contribute to better access for medical care for Honduras’ poorest people,” said Golden.

The ambulance’s initial service area will be between Hospital Escuela; Hospital Santa Teresa, located in Comayagua; and Hospital Gabriela Alvarado, located in Danlí.

Armando Flores McClellan, head of the newborn service at Hospital Escuela, says that the neonatal ambulance will help reduce neonatal morbidity and mortality by allowing them to serve areas that are distant and difficult to reach.

“The neonatal ambulance will allow newborns to be transported in a more humane, more dignified manner. The patients can be transferred in a stable, warm, and timely manner, and staff will not have to improvise in these neonatal transports,” said Flores McClellan. “An all-terrain ambulance is invaluable for the Hospital Escuela.”

Following initial studies to substantiate proof of concept, service, and evolution of care, the ambulance’s service area will expand to other regional hospitals within a two-hour commute of Hospital Escuela.

“Having a neonatal ambulance under this system will allow us to lower the morbidity and mortality of children. It will help not only those who arrive at Hospital Escuela, but also those who have problems across the nation,” said José Juan Castro, national president of Cruz Roja Hondureña, as he praised the collaboration. “This is how we are going to save lives; through these partnerships that allow us to move forward.”

This initiative brought together many minds from a variety of backgrounds. That, in part, is what made the project successful and meaningful, according to Alexei Castro, the director general of Cruz Roja Hondureña.

“It seems to me that the support and contribution of all those brilliant minds made it possible to have what we are going to be able to count on today. Imagine: technicians, doctors, neonatologists, emergency medical technicians, administrative personnel, logistics personnel, and students all thinking together for the same purpose. Sometimes it is not so easy to agree, but when there is a common goal, everything becomes easier,” said Castro.

“Helping mothers and neonates access the care they need is one of Global Medical Response's missions. Helping to develop the customized ambulance, with advanced neonatal care technology, has been an impactful project that can be further expanded in Honduras and other developing nations,” said Van Horne.

The ambulance delivery is a celebratory occasion, but it is not the end of Hope for Honduras’s collaboration with Hospital Escuela, Cruz Roja Hondureña, and Global Medical Response. Golden shared that the RIT team will help closely monitor and study the vehicle over its first year in service, and results from the study will inform future iterations of neonatal ambulances.

The team will also continue to develop a broad range of design and technology projects with the intention of improving access to medical care.

For more information about the ambulance and overall initiative, go to RIT’s Hope for Honduras webpage. 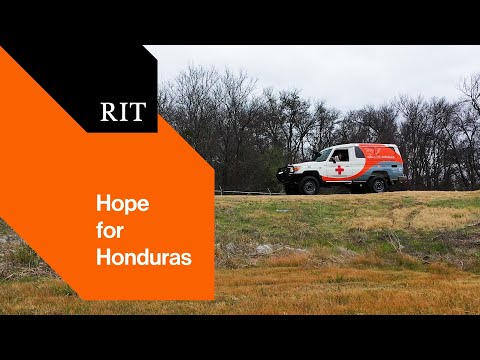