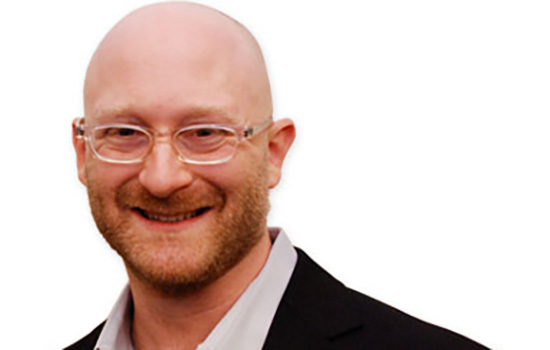 As a doctoral candidate, Owen Gottlieb received advice from a consortium that eventually led him to a successful teaching and research career. Years later, Gottlieb, an expert in games and learning at Rochester Institute of Technology, is “paying it forward,” using a National Science Foundation grant that will enable the next generation of gaming scholars and researchers to make inroads in the field of game design and development.

Gottlieb, an assistant professor in Rochester Institute of Technology’s School of Interactive Games and Media and research affiliate in RIT’s Center for Media, Arts, Games, Interaction and Creativity (MAGIC), has earned a $99,800 NSF award to design a capacity-building program tailored to early-career scholars. The grant, co-authored by Crystle Martin from University of California at Irvine, will provide mentorship and networking with senior scholars, opportunities for research and grant proposal collaborations, examine diversity within the field, and provide valuable advice for those entering the field, something Gottlieb claims has been lacking.

Gottlieb is the founder and lead research faculty of the Initiative in Religion, Culture and Policy at RIT’s MAGIC Center. His work traverses multiple fields including games, religion, education, media studies, communications, cultural anthropology, dramatic writing for film and television, and software development. He is also working on his project, “Lost and Found: Promoting Religious Literacies through Gaming,” prototyping a digital game set in 12th century Egypt that teaches student about medieval religious legal codes. The purpose of that project was to enhance religious literacies, improve discourse about religious legal systems and increase awareness of the prosocial aspects of religious legal systems, including collaboration and cooperation and is supported by the National Endowment for the Humanities.