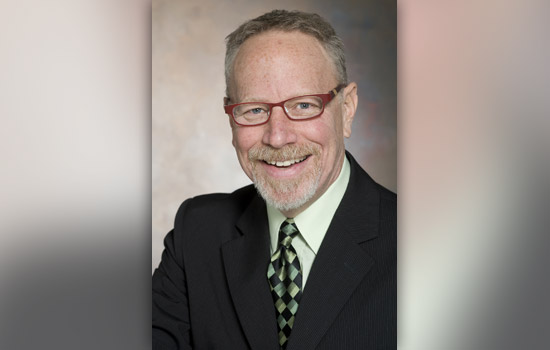 The International Colour Association has recognized Rochester Institute of Technology scientist Roy Berns with the Deane B. Judd Award for a lifetime of outstanding contributions to the field of color science.

Berns, the Richard S. Hunter Professor in Color Science, Appearance and Technology, in the Munsell Color Science Laboratory in RIT’s College of Science, was nominated by the United States’ Inter-Society Color Council. Berns accepted the medal at the International Colour Association’s 12th Congress in New Castle on Tyne, England, on July 10. He delivered the Judd lecture on new approaches for color scientists to communicate with visual artists.

“The previous recipients of the Judd Award form a Who’s Who list of color science leaders, including many of my mentors during my formative years as a color scientist educator and researcher,” Berns says. “I am incredibly honored and humbled to be joining this auspicious list.”

Established in 1973, the Judd Award marks the pinnacle of lifetime achievement in color science. The biennial award honors the memory of Deane Brewster Judd, a pioneer in the field. During his 43-year career at the U.S. National Institute of Standards and Technology, Judd made seminal contributions in color measurement and specification, color appearance and color discrimination.

“(Berns’) accomplishments in any one of these areas are meritorious of the Judd Award,” wrote Frank O’Donnell, a division scientist from Sherwin-Williams Co., and past-president of the Inter-Society Color Council, in his nomination letter.

The Judd Award adds to the numerous honors Berns has collected for his contributions to color science education and research, and imaging science. In 2002, the Society for Imaging Science and Technology named Berns a fellow and, in 2006, picked him as the Raymond C. Bowman Award winner. In 2008, the Colour Group of Great Britain presented Berns with the Newton Medal, a lifetime achievement award in color science research named for Sir Isaac Newton. In 2009, the Inter-Society Color Council gave Berns the Godlove Award, underscoring his lifetime achievement in the field.

During his career, Berns has written the third edition of Billmeyer and Saltzman’s Principles of Color Technology, now translated into Chinese, and more than 200 journal articles. He frequently presents his research and gives numerous talks at conferences around the world. He has also served as an expert witness in the U.S. federal court.

Berns’ second book in process translates color science for visual artists, art historians and conservators. He will publish Color Science for the Visual Arts (the working title) as an iBook with interactive features and with better color control than print publication would afford.