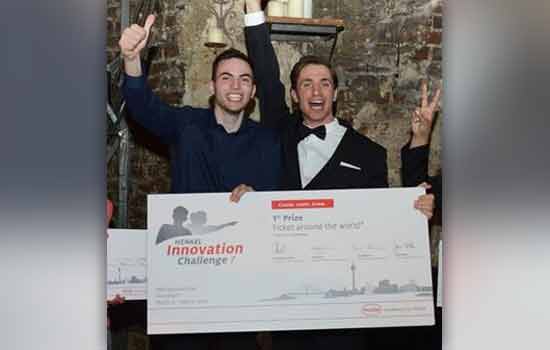 Two students at RIT Croatia have won an international innovation challenge for design by creating a concept that would allow people to change and design their hairstyle using an app, nanotechnology and a smartphone.

Dominik Benger and Daren Perinčić won the seventh Henkel Innovation Challenge, which asked students to create an innovative and sustainable product or technology for a Henkel brand, based on the trends and market needs in 2050.

“We both have a background in sports and thus have a real passion for challenges. But I didn't expect to win this great challenge at all,” Benger said. “The best part of those three days was the international atmosphere. I met so many great people and I will never forget them.”

Only 10 teams from Croatia were selected to compete in the competition; four were from RIT Croatia. Benger and Perinčić won those semifinals and went on to represent their country at the finals, in Düsseldorf, Germany.