Michael Zemcov on the team that will explore the origins of the universe, galaxies and water in planetary systems 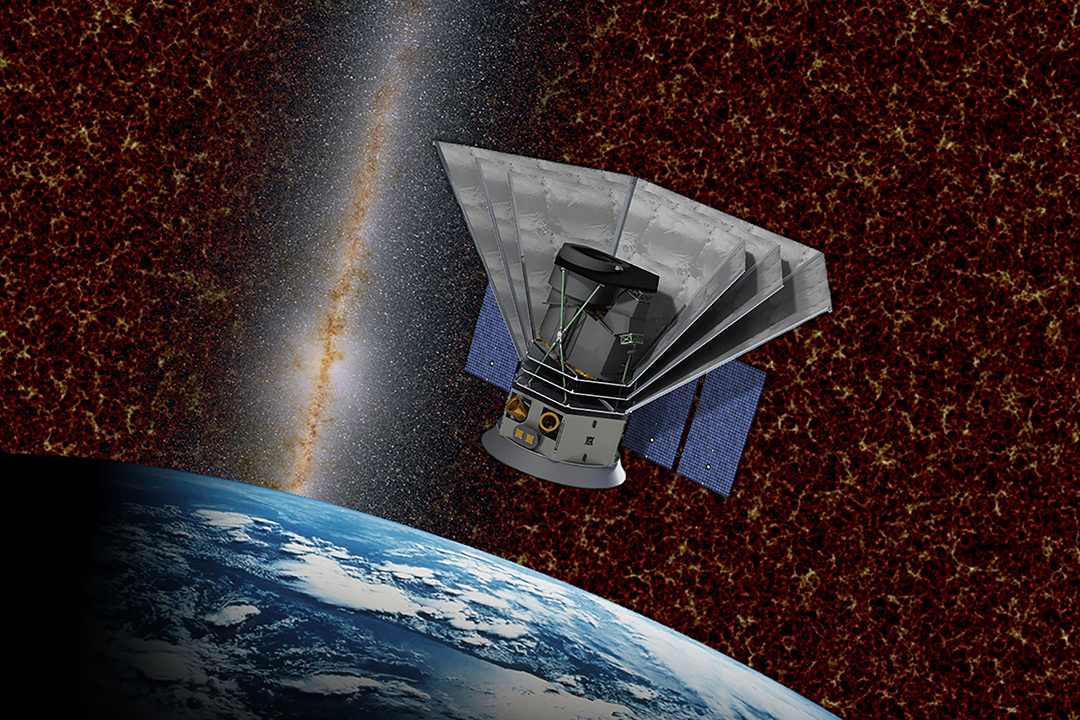 NASA’s Spectro-Photometer for the History of the Universe, Epoch of Reionization and Ices Explorer (SPHEREx) mission is targeted to launch in 2023. SPHEREx will help astronomers understand both how our universe evolved and how common are the ingredients for life in our galaxy’s planetary systems.

A Rochester Institute of Technology professor is part of a small team of scientists contributing to NASA’s new mission to explore the origins of the universe by performing the first near-infrared all-sky spectral survey.

Assistant Professor Michael Zemcov is one of 19 co-investigators of the Spectro-Photometer for the History of the Universe, Epoch of Reionization, and Ices Explorer (SPHEREx) mission, which received $242 million in funding from NASA today.

SPHEREx has three primary objectives. First, SPHEREx will map galaxies across much of the universe to study inflation, the rapid expansion thought to play a part in the universe’s creation. The mission also seeks to gain new insights into the origin and history of galaxy formation by measuring spatial fluctuations in the extragalactic background light. Third, SPHEREx aims to answer questions about the amount and evolution of key biogenic molecules such as water and carbon monoxide throughout all phases of star and planetary formation.

“I’m very excited by the opportunity to help explain if and how inflation happened, and to understand more about it,” said Zemcov. “There are hundreds of models for inflation right now and they all describe different scenarios that may have happened. Being able to constrain what actually happened would teach us new things about the fundamental physics of the early universe that we have no access to otherwise. For me that’s really exciting because I don’t see a better way to get at it right now. It’s really unique.”

Zemcov’s primary role in the mission is to help design the instrument and prepare the data pipeline for when the SPHEREx spacecraft begins making observations. SPHEREx will produce a flood of data, so Zemcov will help make sure the data can be processed in a coherent and effective way. Zemcov developed familiarity with the hardware being used for SPHEREx while he was a postdoctoral researcher at Caltech working with principal investigator Professor James Bock. While he’s excited about the mission’s primary objectives, he thinks the data it will produce will be applied in ways we can’t yet imagine.

“SPHEREx is so comprehensive,” said Zemcov. “It’s looking at the whole sky and very accurate in ways that are difficult to replicate from the ground. And it’s a data set that everyone will use. We have these three detailed science cases we’re very interested in, but we’re going to make the data public as quickly as we can so that people can do whatever they want with it. We have had workshops devoted to people coming and saying what type of things they would do with such a data set, and for a lot of astrophysicists it will be transformational.”

NASA Administrator Jim Bridenstine said, “I’m really excited about this new mission. Not only does it expand the United States’ powerful fleet of space-based missions dedicated to uncovering the mysteries of the universe, it is a critical part of a balanced science program that includes missions of various sizes.”

The SPHEREx spacecraft is expected to launch in 2023, and the SPHEREx team of scientists will now begin creating detailed designs for the spacecraft. Caltech and Jet Propulsion Laboratory will develop the SPHEREx payload. Caltech manages JPL for NASA. The spacecraft will be supplied by Ball Aerospace. The Korea Astronomy and Space Science Institute will contribute the non-flight cryogenic test chamber. The data will be made publicly available through IPAC. In addition to the Caltech/JPL and international scientists, the SPHEREx team includes scientists at institutions across the country, including UC Irvine, Ohio State University, the Harvard-Smithsonian Center for Astrophysics, Arizona State University, the University of Arizona, Rochester Institute of Technology, Argonne National Laboratory, and Johns Hopkins University.

For more information about the mission, go to https://www.nasa.gov/press-release/nasa-selects-new-mission-to-explore-origins-of-universe.