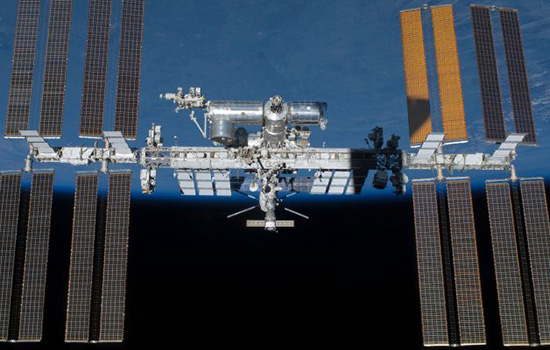 A new twist on the charge injection device camera, originally developed in 1972 by General Electric Co., fine tunes the array of pixels for improved exposure control in low light conditions. The enhanced technology could give scientists a new method for imaging planets around other stars and improve the search for habitable Earth-like planets.

“CID arrays offer considerable promise in many applications due to the focal plane architecture that allows random pixel access and non-destructive readout,” said Ninkov, a member of RIT’s Center for Detectors and Future Photon Initiative. “In addition to improving presently available devices, the development of next-generation imaging arrays promise considerable flexibility in read-out and on-chip processing for the future.”

A SpaceX Falcon 9 rocket, on Feb. 19, carried the charge injection device to the International Space Station in the cargo of supplies and science experiments. Astronauts have installed the camera on a platform outside the space station. They will test the camera for six months.

“We expect to start seeing results by the end of April,” said Batcheldor, lead scientist on the project. “A complex test pattern will be sent from a successfully operated camera through the ISS systems and down to the ground. A successful demonstration of CIDs on the International Space Station will put this technology at the NASA Technology Readiness Level 8, which means it’s ready to fly as a primary instrument on a future space telescope.”

Batcheldor is a former post-doctoral research associate in RIT’s School of Physics and Astronomy and a former associate research scientist in RIT’s Center for Imaging Science. He and Ninkov have worked together on this experiment for years. They previously have tested charge injection devices from ground-based observatories. Limitations created by the Earth’s atmosphere prevent the sensor from capturing images sharp enough to detect planets in other solar systems, Batcheldor noted.