The Celebration of Excellence recognized students, faculty, staff and alumni who advocate for diversity 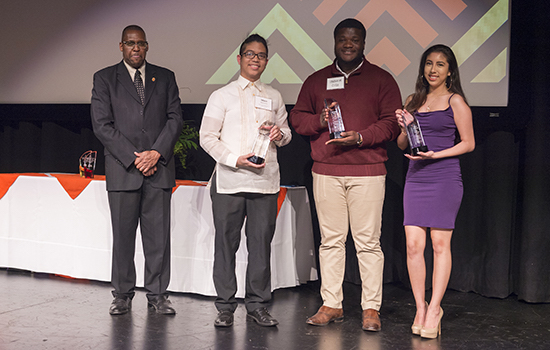 Rochester Institute of Technology’s Division of Diversity and Inclusion (DDI) recognized some of the university’s greatest proponents of diversity and inclusion with annual awards presented at the DDI Celebration of Excellence on April 25.

Among the awards distributed this year were the new DDI Vice-President and Associate Provost Awards, created to recognize leaders who embody respect, outstanding leadership, unwavering support and commitment to diversity and inclusion efforts at RIT. The inaugural awardees were:

The annual Student Beacon Awards are presented to students who utilize their leadership skills by fostering diversity and inclusion within the RIT community and demonstrate a balance of academic and co-curricular excellence. This year’s awardees were:

The Alumni Beacon Award is presented annually to a distinguished alumnus or alumna who shines as a model for others to follow and was given to Rick A. Kittles ’89 (biology). Kittles is an international leader on race and genetics, widely known for his research on prostate cancer and complex issues surrounding race, genetic ancestry and health disparities among African Americans and other ethnicities. Since May 2017, Kittles has served as professor and founding director of the Division of Health Equities within the Department of Population Sciences at City of Hope, a leading research and treatment center for cancer, diabetes and other life-threatening diseases based in Duarte, Calif. He is also associate director of heath equities at City of Hope’s Comprehensive Cancer Center. He holds a Ph.D. in biological sciences from George Washington University. Kittles was appointed a member of RIT’s Board of Trustees on April 26.

Several student organizations were recognized by The ALANA Collegiate Association (ACA), which is the Representative Student Organization for African, Latin, Asian, Native American students and serves as a liaison between the ALANA student population and RIT administration.

Two of DDI’s leadership development programs, the Men of Color, Honor and Ambition (MOCHA) and the Women of Color Honor and Ambition (WOCHA) each recognized outstanding members with awards voted on by their peers in their respective cohorts. The WOCHA students voted Brendalis Camacho, a fourth-year biomedical sciences student from Sacramento, Calif. as their Woman of the Year. The MOCHA Man of the Year award went to George Matta, a third-year student from Plainville, Mass. studying mechanical engineering technology.

“So many things could be highlighted for 2017-2018,” said Keith Jenkins, vice president and associate provost for Diversity & Inclusion. “At the core of our values is respect, and we continue to build on our unwavering commitment to embed diversity and inclusion in everything we do at RIT, helping create a place where all feel welcomed, heard and valued.” 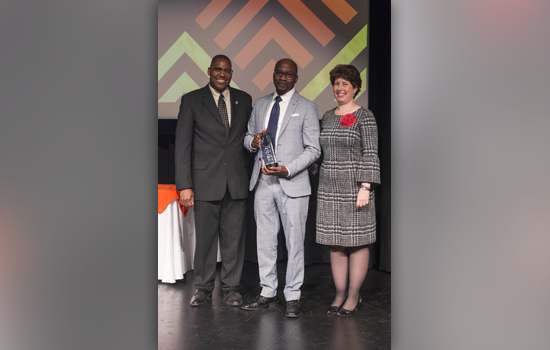 The Alumni Beacon Award is presented annually to a distinguished alum who shines as a model for others to follow and was given to Rick A. Kittles â€™89 (biology). 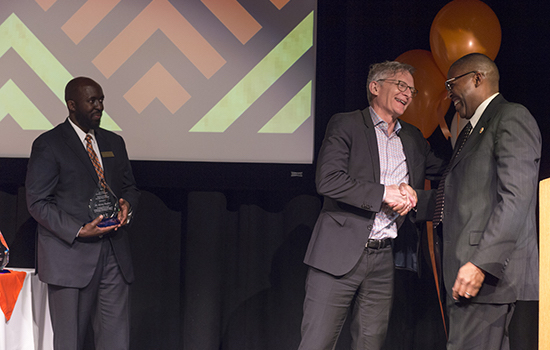 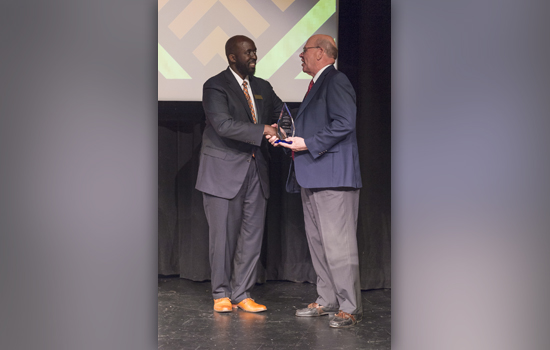