RIT Press publishes ‘Up Against the Wall: Art, Activism, and the AIDS Poster’ 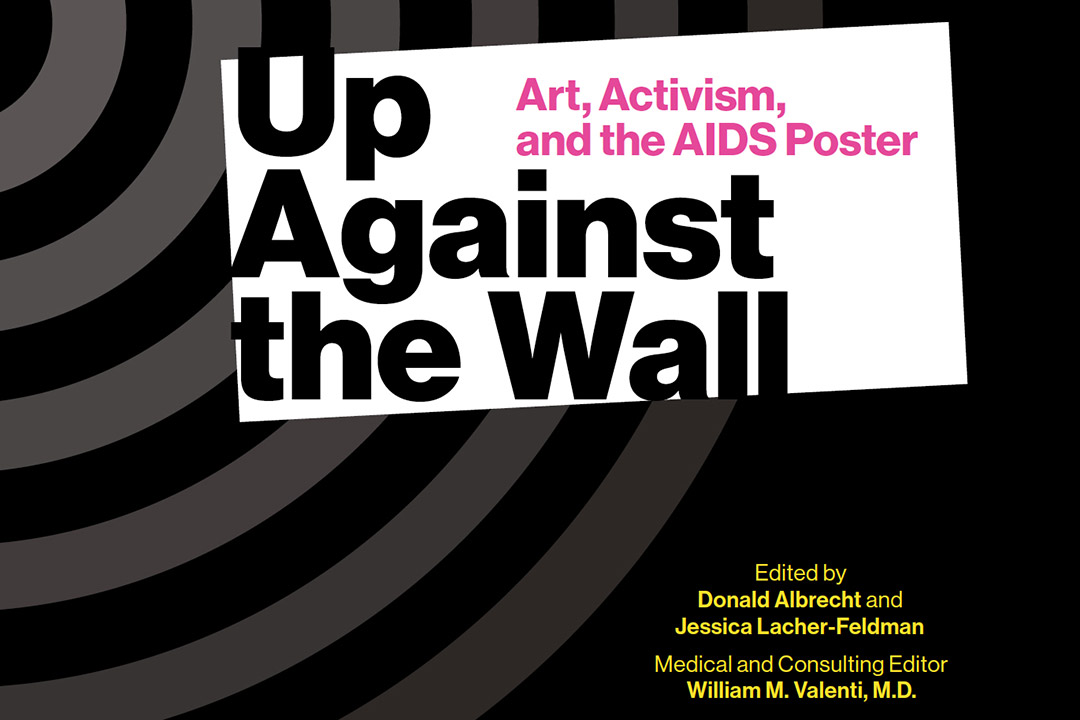 Forty years ago, a mysterious wasting illness linked to promiscuous sex and intravenous drug use became a global epidemic and the focus of a massive public health campaign and activist community. Now, a new publication by RIT Press documents the power and impact of nearly 200 examples of AIDS posters from around the world and the social activism that continues to bring awareness to a disease without vaccine or a cure. 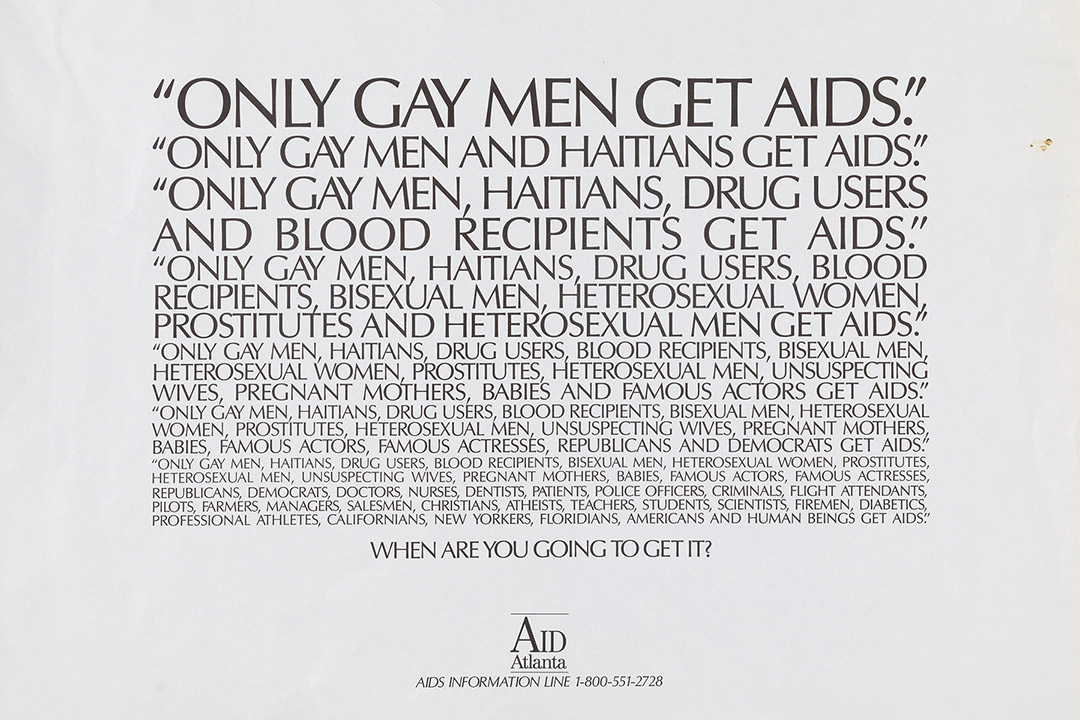 “Only Gay Men Get AIDS. Only Gay Men and Haitians Get AIDS. [...] When Are You Going to Get It?” n.d., Atlanta, Georgia. Created by AIDS Atlanta

As early as 1981, the Centers for Disease Control first reported the illness that later would be named HIV/AIDS. Since then, “an estimated 78 million people have become infected with HIV, and 35 million people have died of AIDS-related illnesses,” writes Donald Albrecht in the introduction to Up Against the Wall: Art, Activism, and the AIDS Poster. Albrecht edited the book with Jessica Lacher-Feldman and William M. Valenti M.D. (hardcover, 232 pages, 187 illustrations).

“Up Against the Wall serves both as the exhibition catalog for the show at the Memorial Art Gallery, as well as a book that describes and talks about the collection in University of Rochester’s River Campus Libraries as a whole, which is over 8,000 posters strong,” said Lacher-Feldman, exhibitions and special projects manager, who is the curator of record for the AIDS Education Posters Collection in the Department of Rare Books, Special Collections, and Preservation, River Campus Libraries, at the University of Rochester. 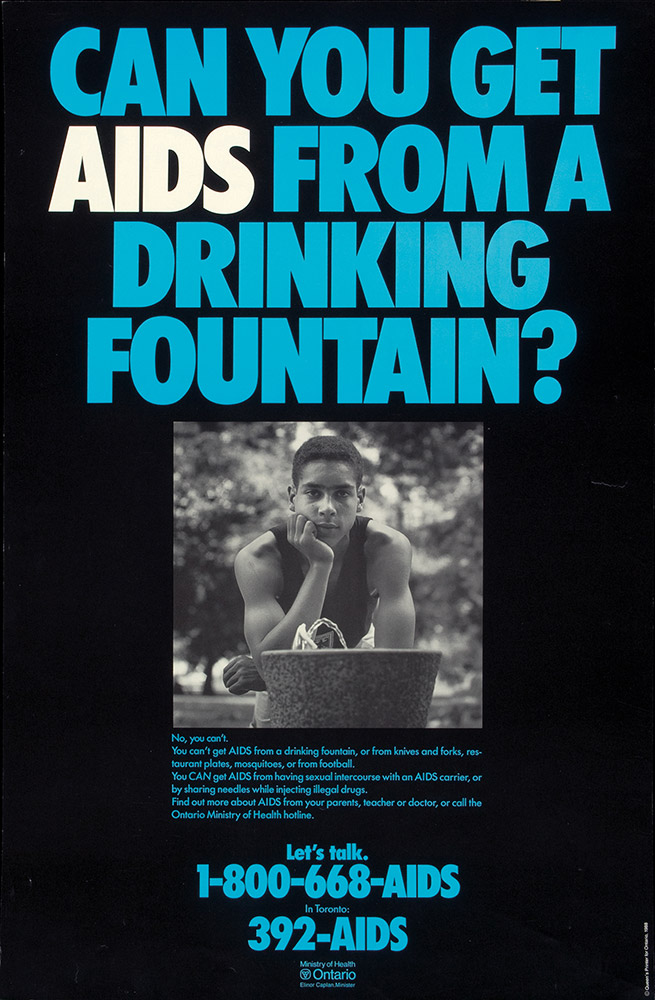 “Can You Get AIDS from a Drinking Fountain?” 1988, Toronto, Ontario, Canada Created by Ontario Ministry of Health and Long-Term Care.

Lacher-Feldman describes the book as “a testament to the significance of the collection itself, as well as a tribute to the work of collector, the late Dr. Edward Atwater, who had the vision to build this vast collection to document the global AIDS pandemic as a social, cultural, medical, and artistic phenomenon.”

The disease was first identified in young gay men and among intravenous drug users who shared needles. It was detected in blood transfusion patients and indiscriminately spread throughout world populations. Organizations and artists used their posters to target audiences, broad and specific, with humor, emotion, scare tactics, simple scientific explanations, sexual imagery, and other messaging to educate the public and prevent the spread of AIDS.

“This book brings the 2022 AIDS poster exhibition to life. The authors’ captions tell the story behind the poster and provide deeper insight into history of the HIV pandemic,” said Valenti, medical and consulting editor, infectious diseases specialist in Rochester, N.Y, and co-founder of Community Health Network, now Trillium Health.