‘The Old Bank’ by James C. Duffus recounts 152 years of service to the community 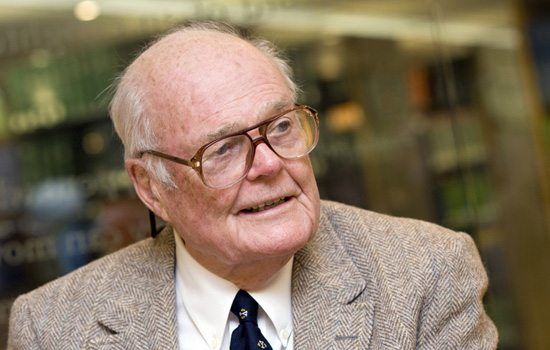 There were no drive-up windows at Rochester Savings Bank when it began its operations on July 2, 1831, with a $13 deposit by grocer/baker Harmon Taylor.

One of 4,000 savings banks in the U.S., it was highly regulated and operated for the benefit of depositors by offering long-term, low-interest home mortgages. By 1990, many of these banks had dissolved—achieving what they were created to do, but falling prey to the changing and frequently unstable economic times.

Rochester Savings Bank lived for 152 years, a dynamic life span for this important Rochester institution that had a remarkable impact on the community. One of its former trustees who served 34 years on the board, James C. Duffus, chronicles its history in a new book, The Old Bank: The Rochester Savings Bank and its Presidents and Trustees from 1831 to 1983.

Published by RIT Press, The Old Bank is a story of survival, how a savings bank held its own and continued business as usual through the Civil War, World War I and II, stock market crashes on Wall Street and the Great Depression. The book is also a fitting tribute to the trustees and presidents who served the bank and the community of Rochester during those 152 years.

RIT Press will host a book signing from 2 to 4 p.m. March 25 in the Lawson Publishing Center, second floor of the Wallace Library at RIT. Duffus is also scheduled for a talk and book signing at 7 p.m. April 10 at Barnes & Noble, 3349 Monroe Ave.

“Long-time RSB trustee Jim Duffus has gathered the lineage of RSB’s ‘movers and shakers’ in this authoritative book,” says Bruce B. Bates, senior vice president at Morgan Stanley Smith Barney LLC. “Readers will enjoy a unique view of an interesting part of Rochester’s history through his tireless efforts.”

Working with original records of Rochester Savings Bank that were gathering dust in a corner basement of a downtown building, Duffus “developed a passion for this bank that has been like a ‘good citizen’ in the community.”

“I started working at Rochester Savings as a bank messenger making $16.50 a week when I was 16 years old in the summer of 1943,” Duffus says. “I fell in love with the bank then, and was surprised 17 years later when, at the age of 33, I was invited to become the youngest trustee in the history of the bank. My seat at the board table had been held by George Eastman and you can imagine how awestruck I felt.”

Duffus says throughout the history of the bank, the trustees and presidents have demonstrated immense integrity and truly cared about serving the Rochester community.

“Among those with whom I served was Sol Linowitz, a partner in the Harris Beach law firm who later placed a key role in the Middle East peace negotiations and the Panama Canal Treaty under President Jimmy Carter, Joseph Wilson who gambled his family’s fortune to create business success with Xerox, and Marion Folsom, Kodak’s treasurer who helped write FDR’s Social Security legislation in the 1930s and later became U.S. Under Secretary of the Treasury and U.S. Secretary of Health, Education and Welfare,” Duffus notes.

“The bank’s trustees also played a major role in the beginnings of the University of Rochester and the establishment of RIT—two of Rochester’s great stabilizing institutions, along with providing strong leadership to another long-time stabilizer, the YMCA,” he says.

Note: RIT Cary Graphic Arts Press and its new imprint, RIT Press, are scholarly publishing enterprises at Rochester Institute of Technology. The Press is associated with the Melbert B. Cary Jr. Graphic Arts Collection, one of the country’s premier libraries on the history and practice of printing.