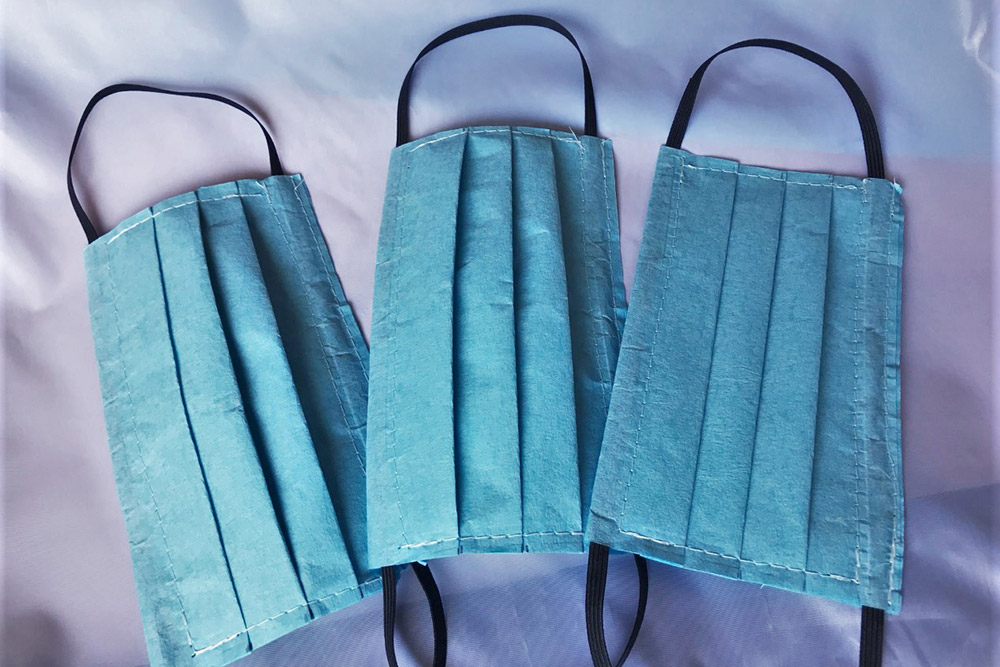 Potsdam Sensors Corp. has ramped up production of its technology that helps keep the air cleaner and safer in hospitals. A Venture Creations client company since 2019, Potsdam Sensors builds detectors that measure concentrations of airborne particles in real-time and collects particles for bio-analysis.

PSC’s solutions – that includes the combination of sensor units, data analytics and indoor air-quality models – helps hospitals visualize airflow in their buildings using their own HVAC systems and takes a data-driven approach to eliminate the problem of pathogen dispersion in their facilities.

According to Suresh Dhaniyala, founder and CEO, hospital HVAC systems are the first line of defense against preventing the spread of harmful pathogens. PSC’s sensors can help hospitals run their HVAC systems in a closed loop control to ensure desired airflow patterns in their facilities. When a patient with COVID-19 is admitted into Hospital Room A, Potsdam Sensors’ detection system can track the movement of airborne particles and can tell hospital staff if other nearby rooms have been affected by these pathogens. And not only can the technology help during this time of COVID-19, in the future, the technology can help hospitals around the country reduce fines due to health-care acquired infections, which are estimated to be in excess of $20 billion annually.

Dhaniyala says that although the indoor spread of airborne pathogens isn’t a new problem, there is a renewed focus on how hospital HVAC systems can help fight infection spread.

“For about two years, we have been focused in hospitals which have some of the trickiest air handling systems. Health-care acquired infection is a pressing problem and needs to be addressed now. Some of this can be addressed through efficient control of the quality of air in certain spaces. If we can pull out the airflow around infected patients as responsively and efficiently as possible, we can minimize the impact of harmful particles in any given space.”

PSC’s sensor system is compact—less than half the size of a standard tissue box—inexpensive, operates on a wide range of voltages, requires low power and works on a mesh network, which enables sensors to communicate with one another. The system design allows its easy installation, making it appropriate for use in makeshift or pop-up hospitals.

“Where we wanted to be at the end of June as far as unit production has now been moved up to the end of April,” Dhaniyala adds. “The big innovation is in the rich data sensing – our units measure 10 different components of air quality – and associated analytics. We want to empower our clients to take data-driven actions to optimize their mitigation measures to prevent infection spread in healthcare facilities.”

Potsdam Sensors is based in Potsdam, N.Y., in association with Clarkson University.

Turbett Surgical, which graduated from RIT’s Venture Creations incubator in 2017, is donating bacterial filtration material ideal for facemasks for second-line workers. Turbett Surgical currently uses the material to protect surgical instruments from 100 percent of bacteria for 30 days, and founder and CEO Rob Turbett said the material can also protect people from germs.

“Our goal is to donate materials for facemasks for second-line workers, in order to conserve surgical masks for others who need them,” said Rob Turbett, founder and CEO. “When we realized that our material is perfect for those facemasks, we went from concept to purchase orders in about seven hours. That has to be some kind of record.”

Turbett Surgical has developed a sterilization container that minimizes the steps that hospitals go through in the preparation of instruments for surgery and the delivery of those instruments to the operating room table. Patients are guaranteed a consistent level of certainty that the instruments are sterile. Hospitals are also saving time and money in operating rooms.

To date, Turbett Surgical has donated enough material to make more than 10,000 facemasks. The company is working with Select Fabricators in Farmington, N.Y., and plans to continue donating the material as long as the need remains.

Requests for the facemasks have come from throughout New York state and as far away as Virginia.

“We are still able to take care of our existing customers, while giving us a worthy project to help those who need it. This is just one simple thing that we can do that may make a difference right now.”