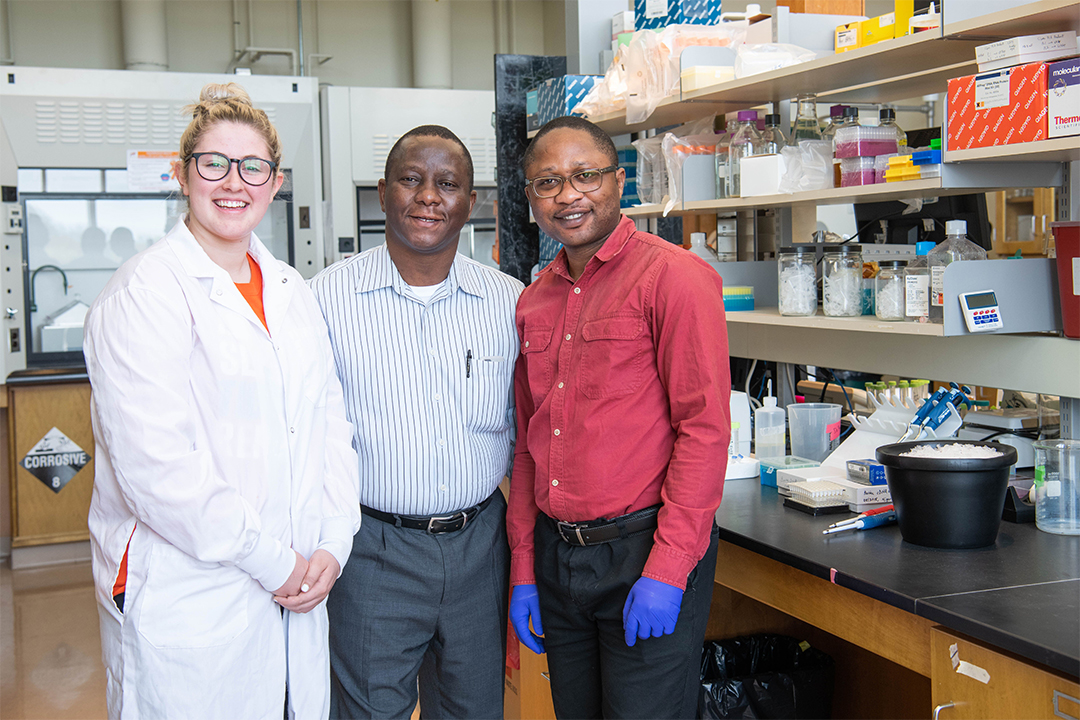 Rochester Institute of Technology researchers are studying the genetic switch that could make cattle resistant to the wasting disease known as “sleeping sickness.”

Bolaji Thomas, professor of biomedical sciences in RIT’s College of Health Sciences and Technology, is examining different immune responses to bovine trypanosomiasis within the same species of cattle in Nigeria. The common fly-borne disease causes anemia and death in cattle, and leads to economic hardship for farmers dependent on healthy herds. 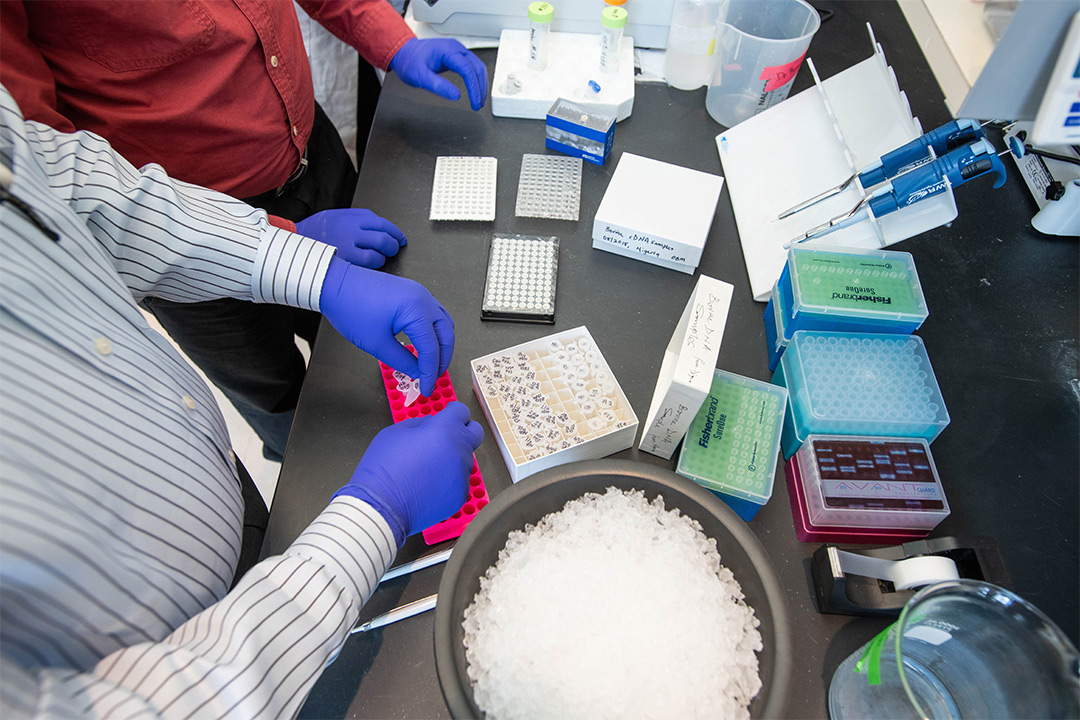 Gabrielle Plucknette-DeVito Bovine DNA extract is sorted for PCR (polymerase chain reaction), a process that generates multiple copies of DNA for use in sequencing and analysis.

Thomas and post-doctoral fellow Olanrewaju “Lanre” Morenikeji are studying the genetic mechanism that protects the N’Dama breed—but not the White Fulani—from trypanosomiasis. The researchers hypothesized that a specific gene (CD14) in both breeds evolved differently in response to the pathogen. Now, Thomas and Morenikeji have demonstrated that natural variants of this gene protect the N’Dama breed, leading to a robust innate immune response.

Morenikeji presented part of the research at the American Association of Immunologists Annual Conference, May 9-13, in San Diego, Calif. A travel grant awarded to Thomas enabled both scientists to share their research with colleagues in their field.

“Why does one breed of animal resist infection and another breed succumb to it, despite being the same species?” Thomas said. “If we find those differences, can we tweak that genetic difference to breed cattle that resist disease? That is our eventual goal.”

Thomas won a Careers in Immunology Fellowship from the American Association of Immunologists to support Morenikeji, an animal scientist at Federal University of Technology in Akure, Nigeria.

“Cattle that have increased resistance to infection will boost the economy of sub-Saharan Africa, with application for global cattle genomics,” Morenikeji said.

The complete study is under review by Scientific Reports, an open-access journal from Nature Research.