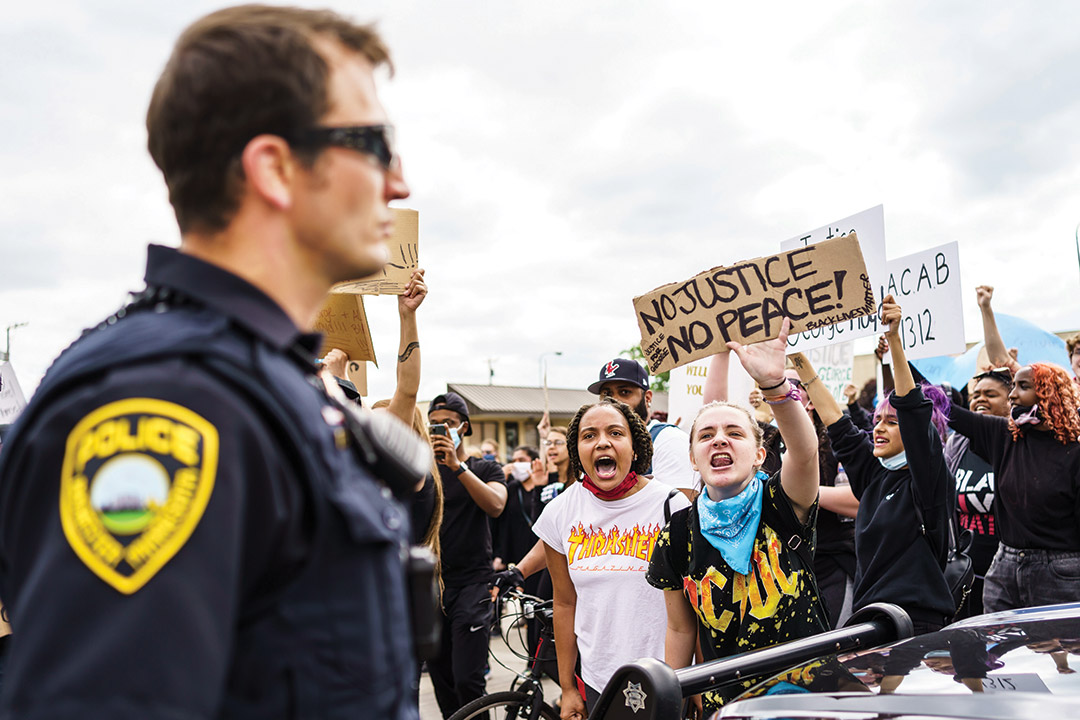 Protesters chant for justice in front of police presence in Minneapolis in response to the death of George Floyd.

When demonstrations calling for police reform and racial equality occurred in cities across the country in 2020, alumni and faculty of RIT’s nationally recognized School of Photographic Arts and Sciences (SPAS) were there to capture the gripping moments through their camera lenses.

While the protests in Minneapolis; New York City; Rochester, Minn.; and elsewhere originally were in response to the killing of George Floyd in May, the Black Lives Matter movement continued its push for change and justice as other disturbing police-involved deaths came to light.

McFadden called it a “necessity to capture and document the fight for justice and bear witness to the pain that a community has experienced for many years.”

“I traveled to Minneapolis out of my own will and finances to be there to document,” he said. “After a week of documentation, I was contacted by The New York Times to cover George Floyd’s funeral.”

Traci Westcott ’18 (photojournalism), who captured demonstration scenes as a digital content producer at the Post-Bulletin in Rochester, Minn., said, “it’s unfortunate that so many people have waited for this national uprising to really assess racism in every aspect of American culture, but I’m happy this conversation seems to have a fire underneath it.”

“As journalists, we are taught to be objective, to ‘check our biases at the door,’” observed Westcott, who also captured images of George Floyd’s funeral. “Well, I refuse to believe that being passionate about human rights is considered biased. I’m sad. I’m sad that in 2020, our country is still fighting for basic human rights. I’m sad that we as photojournalists haven’t fully embraced diversity. We haven’t always listened.”

“They call this their personal turning point,” she said. “For many, it’s their first movement. It’s their chance to be a part of history, they say, and for some, a moment to examine who they are.”

Even as time passes since the protests, McFadden said “the trauma and the pain stick with me … the emotions themselves.”

“Regardless of where I go to capture these images, I can’t help but hear the same phrases ringing … ‘Black Lives Matter’ and ‘I can’t breathe.’” 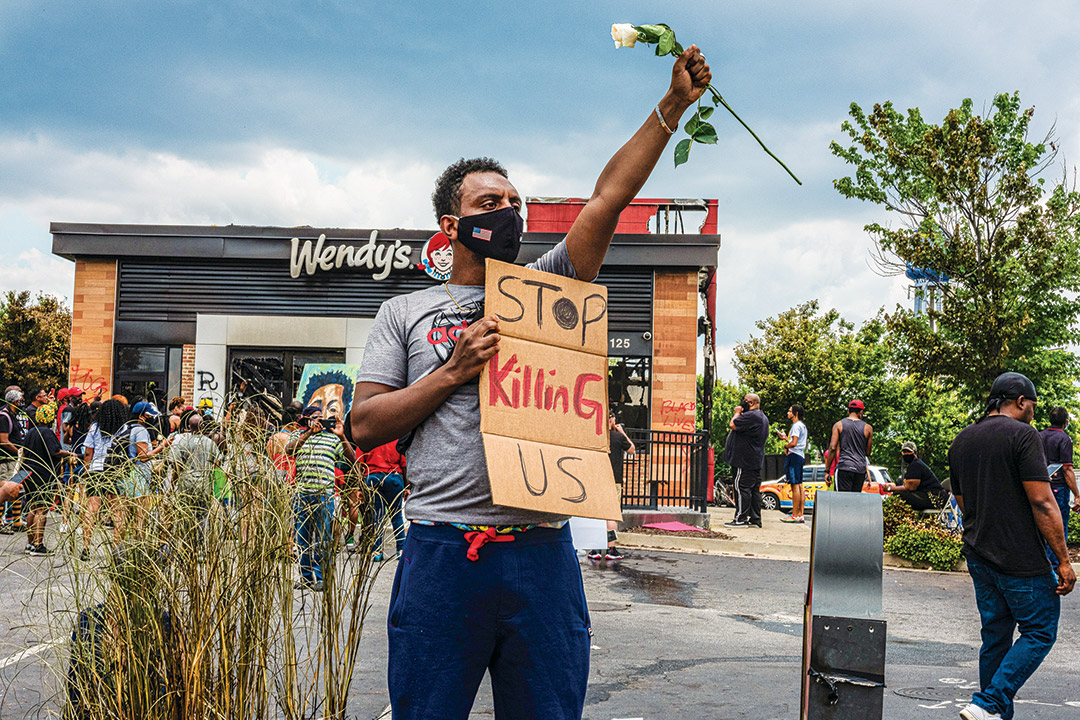 A June 14, 2020, protest at the Wendy’s in Atlanta where Rayshard Brooks was shot and killed by police. 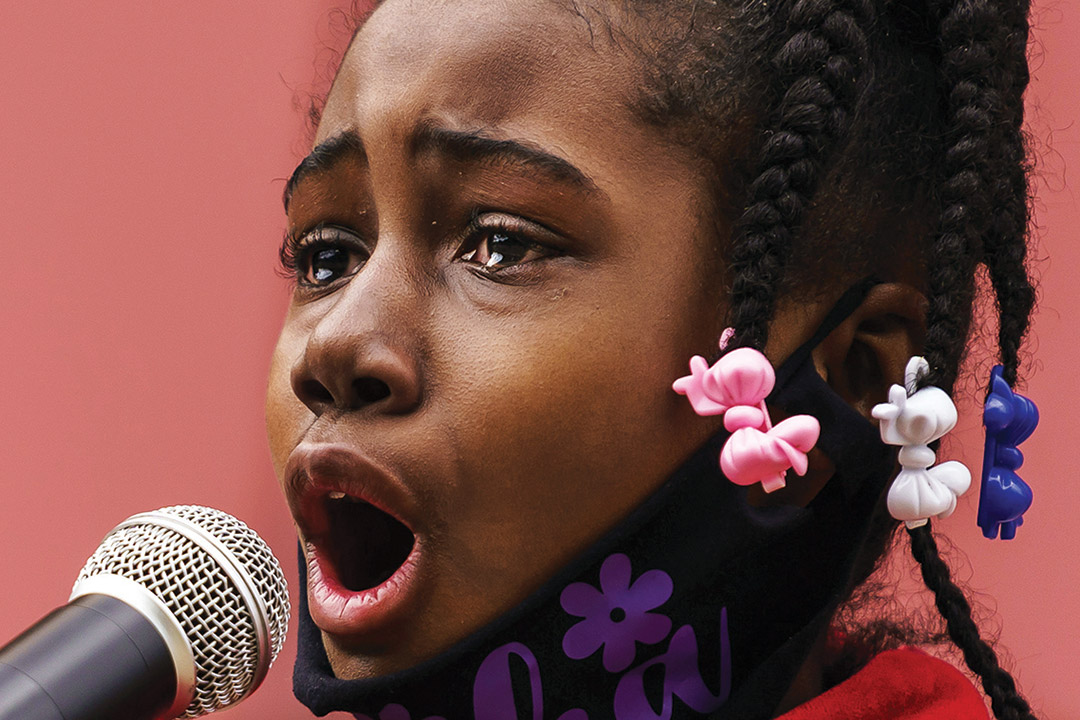 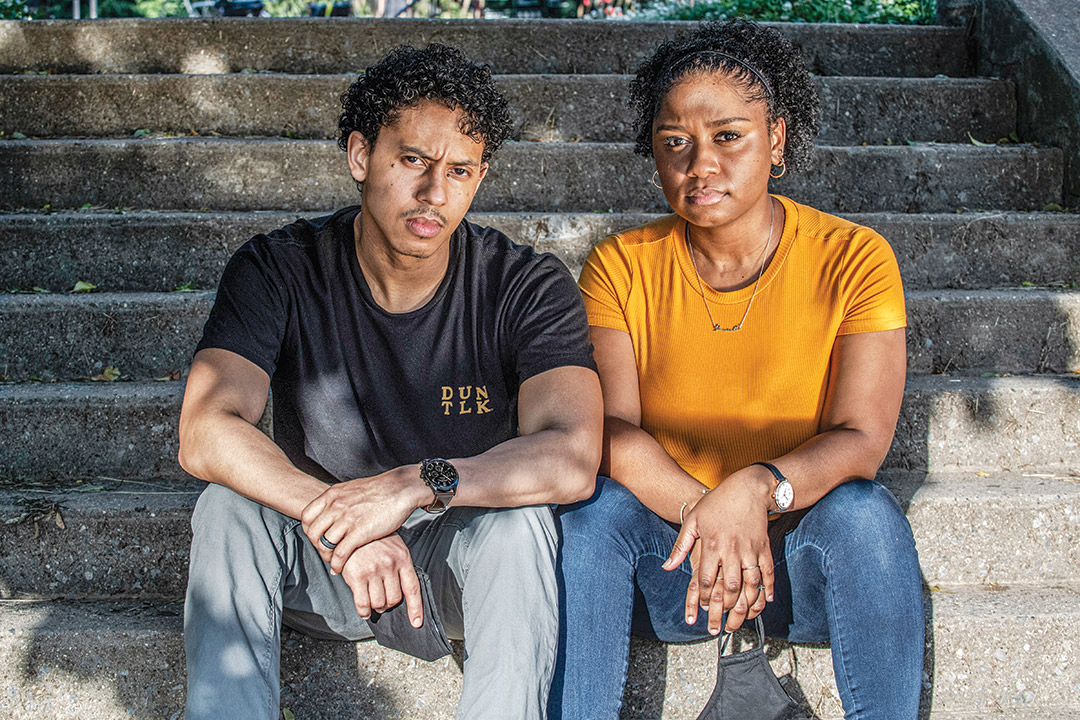 Protesters David and Daniella Dacosta pose for a portrait in Bay Ridge, Brooklyn, on June 10, 2020.