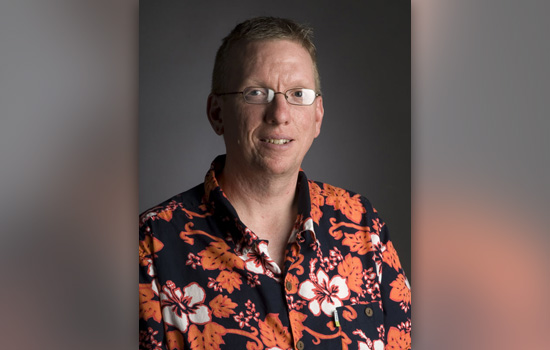 The NFL’s “Color Rush” uniform debut Thursday night was a flop for the colorblind. Nike’s festive red and green uniforms were a smudge of gray for some viewers.

Color blindness is a sex-linked genetic trait that affects about 8 percent of men and .5 percent of women, said Mark Fairchild, director of the color science MS/Ph.D. program at Rochester Institute of Technology and associate dean of Research & Graduate Education in the College of Science. RIT offers the only graduate program in color science in the United States.

“The basic idea is that certain pairs of red and green will be confused by people with a certain type of color vision deficiency,” Fairchild said. “The uniforms might have been fine (distinguishable) to the players in the stadium (if any were color blind), but then reproduced as more similar pairs of red and green on the TV. It was probably made worse by the fact that the helmets for both teams were white with smallish logos.”

Fairchild said the mix-up could have been avoided.

“The failure is that the NFL didn’t test those uniform colors through the TV system. Also, had one team had white pants, there would have been no real issue. Both teams with white pants wouldn’t help since the jerseys would still be confused.”

If red and green football uniforms confuse the colorblind eye, what about other things, such as traffic lights?

Fairchild has an answer for that, too:

“Traffic lights are designed to avoid, as much as possible, a red-green combination that can be confused,” Fairchild said. “That’s why the green lights are slightly bluish.”