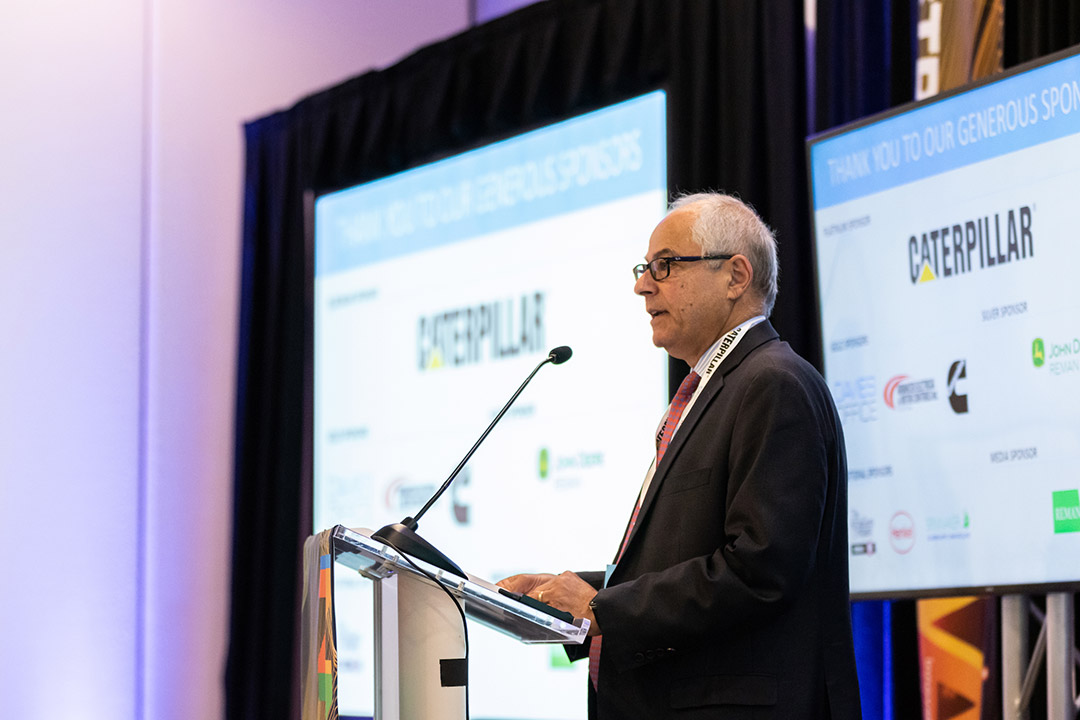 More than 140 thought leaders and executives from around the world gathered in Rochester for the third-annual RIC-RIT World Remanufacturing Conference, which featured the latest information on emerging trends and issues of critical importance to the remanufacturing industry.

RIT co-hosted the event in downtown Rochester in partnership with the Remanufacturing Industries Council (RIC), an alliance of businesses and academic institutions that works across a wide variety of industry sectors to support the entire remanufacturing industry through a combination of collaboration, education, advocacy and research. 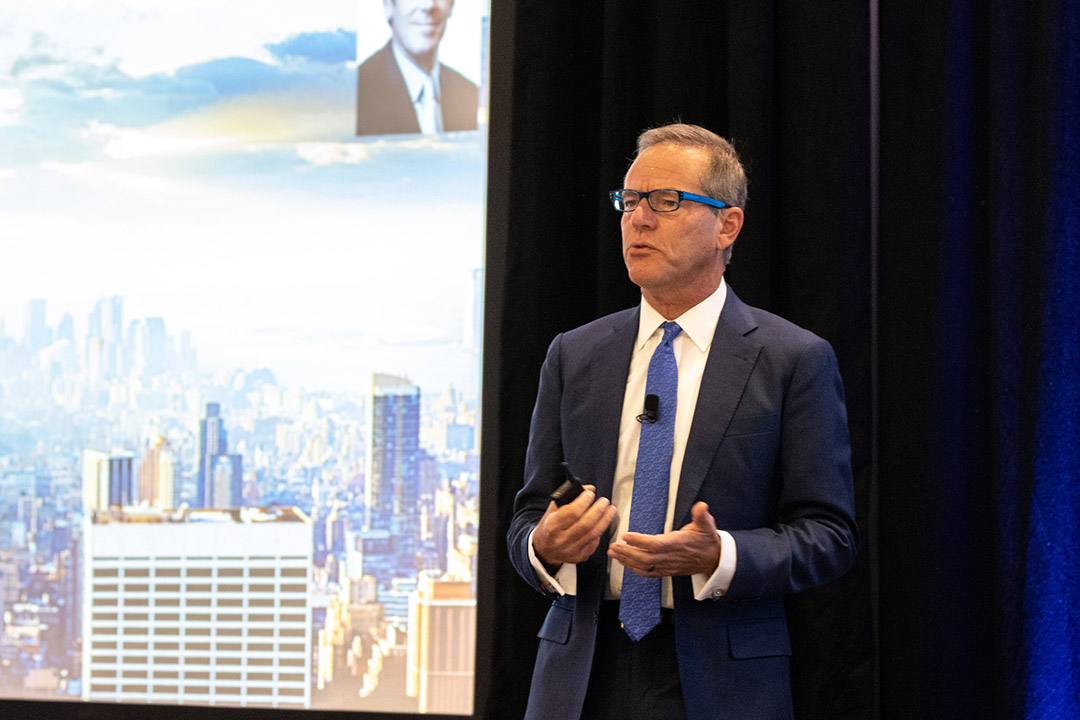 “This is a pivotal moment for our industry as interest in remanufacturing reaches new heights internationally,” said Nabil Nasr, associate provost and director of RIT’s Golisano Institute for Sustainability (GIS) while speaking to attendees from across the United States, Europe and as far away as Zambia in southern Africa.

“Our industry has understood for decades that getting the most life out of high-value assets and equipment makes clear business sense,” added Nasr, co-founder and director of the RIC. “Today, major corporations and entrepreneurs alike are starting to appreciate that, too. Reman can save 89 to 99 percent of the energy and resources used in traditional remanufacturing.”

Executives from a number of those major companies both attended and presented during the Oct. 9-10 conference, including from Autodesk, Carbon Inc., Caterpillar, GE Healthcare and John Deere.

On the global front, Nasr cited his ongoing work with the United Nations Environment Programme’s (UNEP) International Resource Panel as a persuasive demonstration about how remanufacturing today is serving as a “pathway for decoupling environmental impact and resource use from economic growth altogether, powering a circular economy.”

The circular economy refers to an industrial economy that is restorative by intention and eliminates waste through thoughtful design. RIT is a member of the Ellen MacArthur Foundation’s Circular Economy 100 (CE100), a global platform bringing together leading companies, emerging innovators and regions to accelerate the transition to a circular economy.

Driving all of this momentum, Nasr added, are new market-disrupting trends and technologies that have opened new possibilities for what remanufacturing can deliver for businesses. Echoing the “Disruptive Innovation” theme of this year’s conference, he cited 3D printing, advanced data analytics and artificial intelligence (AI) as just a few examples that will not only improve the efficiency of current remanufacturing processes “but grow the list of products that can be remanufactured,” including categories such as consumer goods.

Nasr said that soon RIT’s industry partners will be able to put some of these emerging innovations to work in newly expanded remanufacturing testbed on the RIT campus. The facility will be the largest of its kind and allow companies to work collaboratively with GIS engineers and faculty to test new technologies, simulate production lines as well as assess and evaluate new materials.

Nasr also provided an update on the Reducing EMbodied-Energy and Decreasing Emissions (REMADE) Institute, a national coalition of leading universities and companies forging new clean energy initiatives deemed critical in keeping U.S. manufacturing competitive, for which he serves as chairman and CEO.

“At REMADE … we have eight reman projects funded—each solving a real industry challenge—and we expect to launch more in the coming year,” he said.

As CEO of Serious Materials at the time, Surace managed a team remanufacturing the building’s 6,556 windows into environmentally friendly replacements. “Window energy efficiency increased by 400 percent,” said Surace, the holder of 84 patents who was named RIT’s Outstanding Alumnus for 2019. “The project paid for itself in four years in energy cost savings.”

In addition to speakers from academia and industry, the conference included remarks from New York Lieutenant Gov. Kathy Hocul and U.S. Rep. Joseph D. Morrelle, both staunch supporters of manufacturing and remanufacturing as well as measures to protect the environment.

Remanufacturing is being increasingly recognized by companies as a necessary step toward a sustainable, circular economy and an efficient method for capturing a significant percentage of the materials and the labor, energy and manufacturing processes embodied in original products.