Expressions of King’s Legacy has done more than bring powerful, recognized speakers to RIT’s campus. It initiated a 35-year conversation on diversity and race relations that’s brought defining changes to the university and the community.

“RIT has long recognized the remarkable influence of Dr. Martin Luther King, and our Expressions programs have been important in helping to start conversations that, to some may be difficult to begin—but are necessary,” said Keith Jenkins, interim vice president and associate provost for diversity and inclusion. “Our campus has opened its doors and welcomed individuals from Greater Rochester to our programs because we are all part of this community, and what happens within in it affects us all.”

The community event, which will celebrate its 35th year on January 26, is one of the longest running programs in the Rochester community commemorating King. It began as a small gathering and evolved into a day-long series of events that now draws more than 2,500 people to hear guest speakers, experience music, dance, and cultural performances, and active discussion on the state of race relations and race issues.

All events are free and open to the general public. Registration is requested for the noon keynote address and program, and can be completed online. Doors open at 6:15 p.m. for the evening musical performance.

This year’s event will welcome Fredricka Whitfield, weekend anchor of CNN Newsroom, as the keynote speaker for the Expressions of King’s Legacy celebration. Whitfield’s appearance opens the program, which takes place from noon to 2 p.m., on Thursday, Jan. 26, in RIT’s Gordon Field House and Activity Center.

U.S. Circuit Judge Robert L. Wilkins, who serves on the U.S. Court of Appeals, D.C. Circuit, will discuss his book, “Long Road to Hard Truth: The 100-year mission to create the National Museum of African American History and Culture.” Wilkins will share his journey to help establish what has become the newest museum of the Smithsonian Institution. 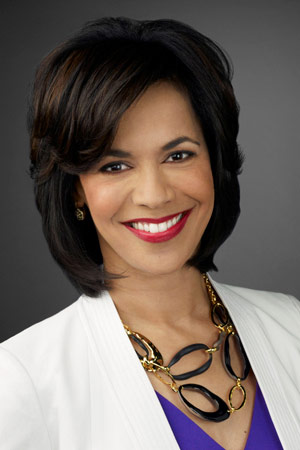 Fredricka Whitfield is an award-winning journalist who has covered national and international stories in her more than three decades in broadcast journalism. She has traveled the world to report on the Olympic Games, the wars in Afghanistan and Iraq, Hurricane Katrina, the 2010 Gulf Oil Spill, the 2011 Arab Spring, the 2009 U.S. presidential inauguration of Barack Obama, and numerous cultural events.

Honors for her work in journalism include the 2004 Alfred I. DuPont Award for her participation on CNN's team coverage of the tsunami disaster in Southeast Asia, the 2005 George Peabody award for the network's live coverage of Hurricane Katrina and its aftermath, and the 2007 Emmy award for outstanding live coverage of a breaking news story long form. 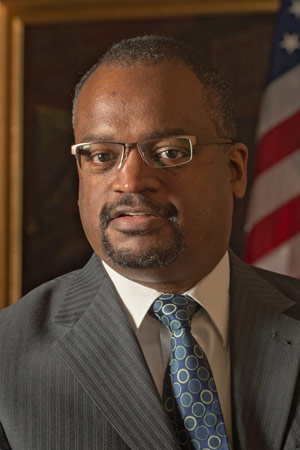 U.S. Circuit Judge Robert L. Wilkins was appointed to the U.S. Court of Appeals by President Barack Obama in 2013, and serves the District of Columbia regional circuit. Before his appointment to the U.S. Circuit Court, Wilkins was a practicing lawyer and the recipient of numerous awards, including being named to the “40 under 40 most successful young litigators in America” by the National Law Journal and listed among the “90 Greatest Washington Lawyers of the Last 30 Years” by the Legal Times.

The Fisk Jubilee Singers, a renowned ensemble dating back to 1871 and based at Fisk University in Nashville, Tenn., broke racial barriers in the U.S. and abroad, entertaining presidents and European royalty throughout the years. The original Jubilee Singers introduced ‘slave songs’ to the world in 1871 and were instrumental in preserving this unique American musical tradition known today as Negro spirituals. In 1999, the group was featured in Jubilee Singers: Sacrifice and Glory, an award-winning PBS television documentary series. In 2008, the group received the prestigious National Medal of Arts, presented by President George W. Bush and first lady Laura Bush during a ceremony at the White House.