How To Find The Right Friends For You On Campus 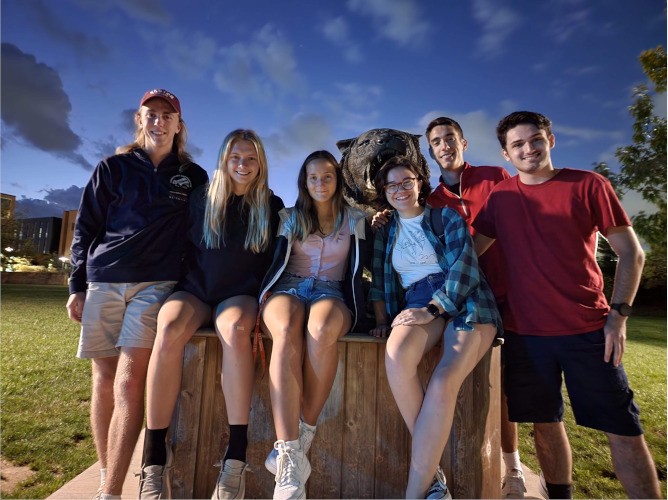 Emma and her friends on campus

Coming to RIT from out of state can be daunting for a lot of reasons. I didn’t know the area, I didn’t know the campus, and I didn’t have anyone to show me. It was pretty terrifying moving away from home to a place where I didn’t know anyone, and I had no clue how quickly I would make friends. However, despite all of my worries, I found some pretty amazing friends. So here’s how I found my people, and how we deal with each other even in close quarters.

You should also give people chances, because that’s what they’re doing with you. Obviously, if you have clashing personalities and will just fight all the time, then they probably aren’t the friends for you. And you will meet some of these people who you just don’t click with.  But when I first met my best friend, we both thought that we would talk at orientation, just so we weren’t alone. She thought I was too quiet, and I thought that we wouldn’t have anything in common. But when we started talking, I quickly realized that we were much more similar than I thought, and she realized that I would never be quiet again. We talk about just about everything now, and I really don’t know what I would do without her. And we both owe our whole friendship to just giving each other a second look. Don’t be afraid to give people a second look.

You should be open to new experiences, too. There will be some events that you never would have gone to before coming to RIT. But they can be some of the best places to meet new people, and it can also open you up to new things. Try out clubs for things you’re interested in, even if you can’t fit all of them in your schedule, because you will meet people with similar interests. But don’t be afraid to try new things, go to new places, and meet new people. Plus, you might find a new hobby that you really like.

The biggest thing to keep in mind is that everyone else is in the same place as you. Everyone else is in a new environment with a bunch of people that they don’t know, and everyone feels at least a little awkward about the whole situation. Everyone is living with someone new. Even if they grew up in the area, even if they came on campus growing up, they have never been a student here before. So, as my family always says, embrace the awkward. Don’t be afraid to put yourself out there and to make friends, and to make some mistakes in the process. It’s all a natural part of being human and everyone is going through it at the same time.

When you come to college, you also have to consider what your priorities are while here. Some people come here just to get a degree, and thus are in their room most of the time. Some are here for the experience, so they’re out with friends more often. Some are much more focused on their schoolwork while others are more focused on events. None of these people are wrong, they just have different priorities. But it is usually a good idea to surround yourself with people who have similar priorities to you. It can be really annoying if you have a lot of homework but your friends just want to go out. It can be just as annoying if you want to take a break from school to go to the hockey game but all of your friends are so focused on studying.

Try to keep in mind though that just because your friends do something that annoys you once doesn’t mean it will be a pattern. There will be nights when all of your friends go do something fun but you’re stuck doing homework. And that’s ok! You shouldn’t have to be involved in everything they do, and they shouldn’t make you feel bad for missing out.

It’s important to keep in mind that your friendships in college are going to be different than your high school friendships. You don’t get to leave them at school everyday and go home. They live close to you, and you’ll be spending a lot of time together. You’ll go get meals together, maybe take classes together, and then you’ll do homework together. Thus it’s important that you actually like spending time with them, but also that you are able to communicate with them if you have homework, or if you can’t hangout with them for any reason.

Just because you can hang out with your friends all the time doesn’t mean that you should. It’s important to take time for yourself and to yourself, when you aren’t around people. Constantly being around people, no matter how much they mean to you, can be absolutely exhausting. Make sure that you can actually communicate with them when you want to be alone.

Another thing to keep in mind is that it’s ok for you to have multiple friend groups, or for you to be in a club where you don’t know anyone. If the only people that you have around you are people who all know each other, you aren’t getting any variety and that can be annoying, not to mention the fact that it might make it harder to be around people who aren’t that specific type of person. Plus if something happens between you and someone else within the group, then you might not have anyone to talk about it with, at least not without causing even more drama. So having other friends outside of your group can be a good idea, if you can keep up with all of them.

My biggest piece of advice for those coming to RIT who might be nervous about making friends is that you will find someone on campus. There are approximately 17,000 undergraduates on campus, you are bound to find someone that you click with. And it will probably be easier than you would think. You really don’t need to be nervous because there are so many diverse people, groups, and clubs on campus that you will find someone to be friends with, just be patient and be yourself. 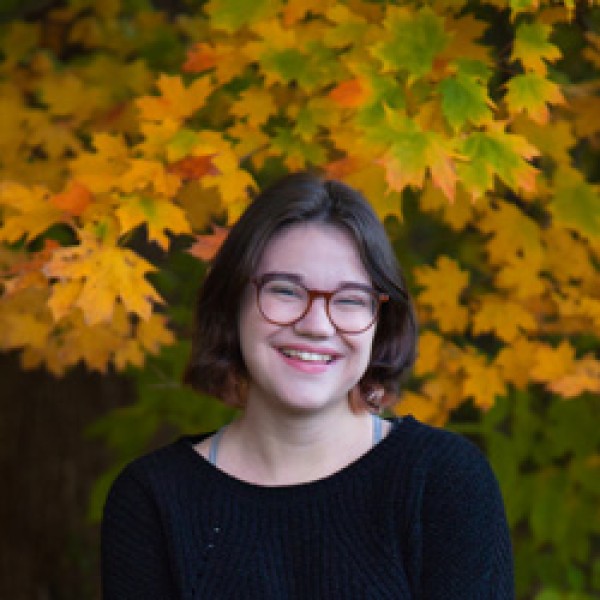 Hi! I'm Emma and I'm a first-year criminal justice major, and I'm going to pursue a psychology minor. I'm from Mount Pleasant, Michigan, and moved here after taking a gap year last year. I like to read, paint, and crochet in my free time. Thanks for checking out the blog!