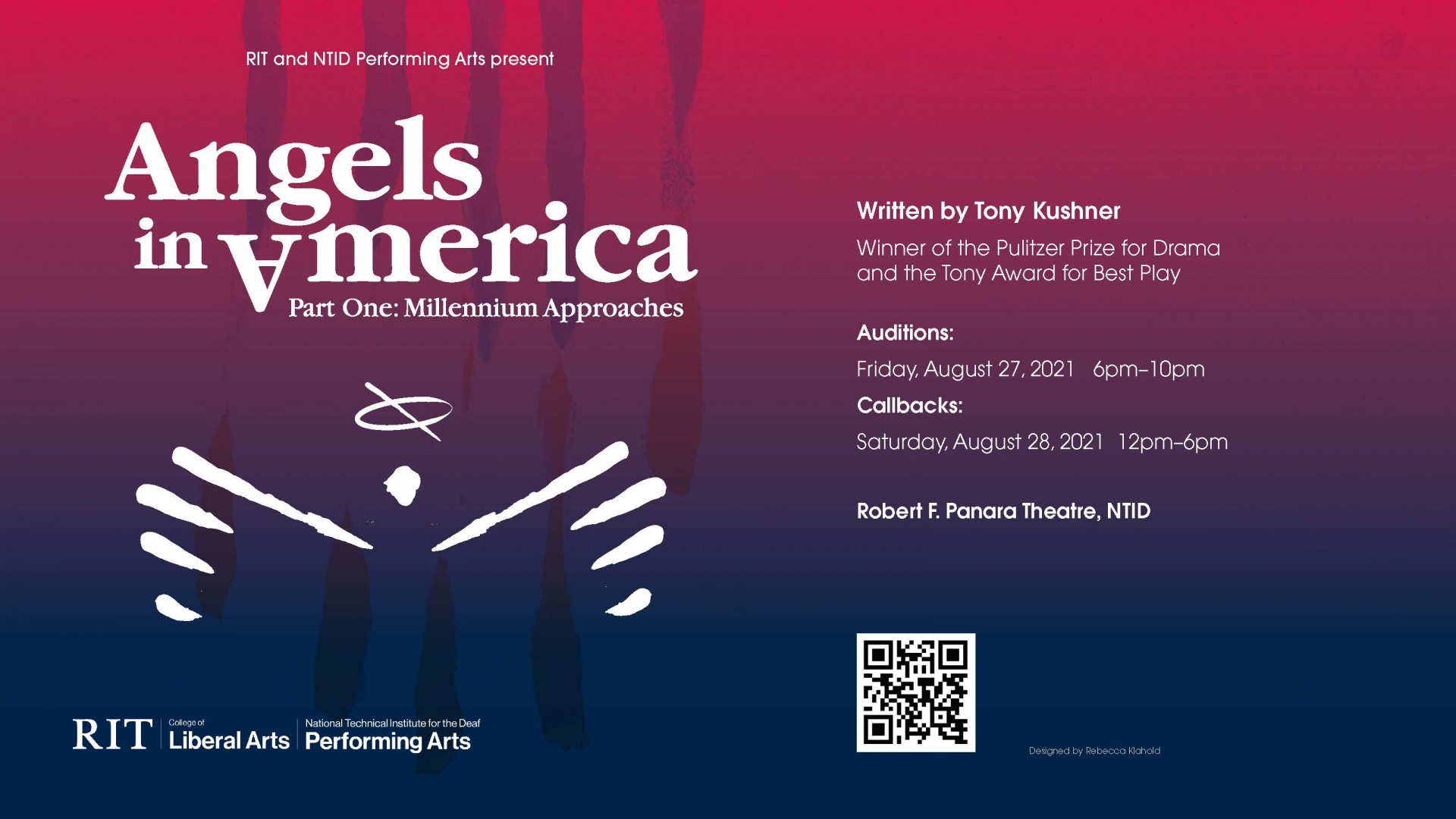 Auditions for the RIT & NTID Performing Arts production of "Angels in America" will take place on Friday, August 27 from 6-10pm in the Panara Theatre on the first floor of the LBJ Building (060) of RIT’s campus. Interpreters will be provided.

It’s the 1980s. President Reagan sits in the White House while the AIDS crisis rages on. Caught in the middle are a Valium-addicted Mormon, her closeted lawyer husband, and two men ripped apart by an AIDS diagnosis. This is a story about fighting for survival, love, politics and God. In 1993, Angels in America, written by Tony Kushner, won the Tony Award for Best Play and the Pulitzer Prize for Drama.