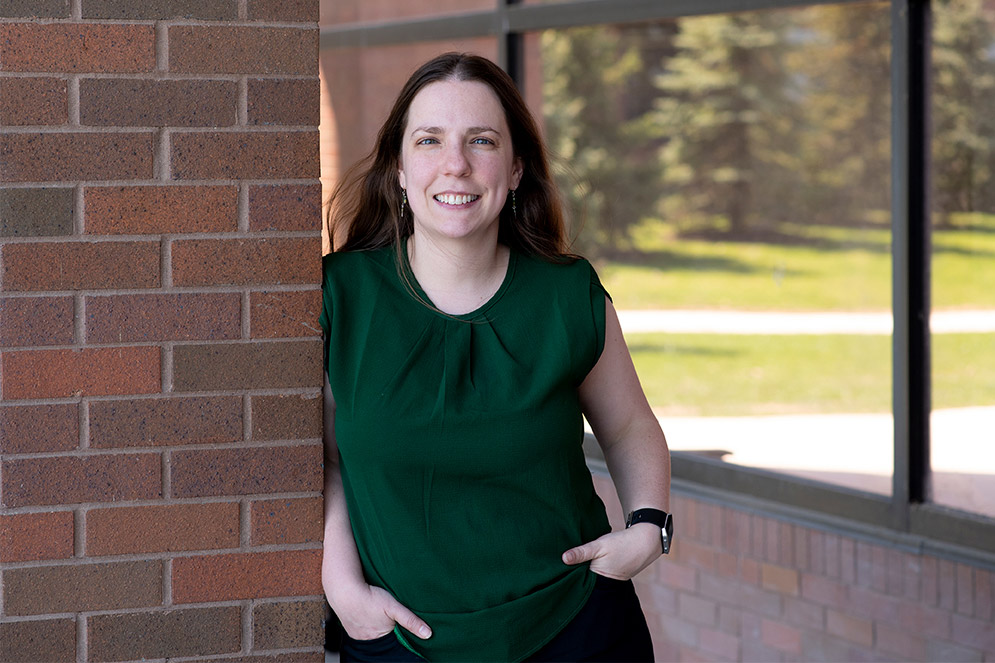 When the James Webb Space Telescope (JWST)—the long-awaited successor to the Hubble Space Telescope—becomes operational in 2022, one of its first orders of business will be mapping the earliest structures of the universe. A team of nearly 50 researchers led by scientists at Rochester Institute of Technology and University of Texas at Austin will attempt to do so through the COSMOS-Webb program, the largest General Observer program selected for JWST’s first year.

Over the course of 208.6 observing hours, the COSMOS-Webb program will conduct an ambitious survey of half a million galaxies with multi-band, high-resolution near infrared imaging and an unprecedented 32,000 galaxies in mid infrared. The scientists involved said that because COSMOS-Webb is a treasury program, they will rapidly release data to the public so it can lead to countless other studies by other researchers. 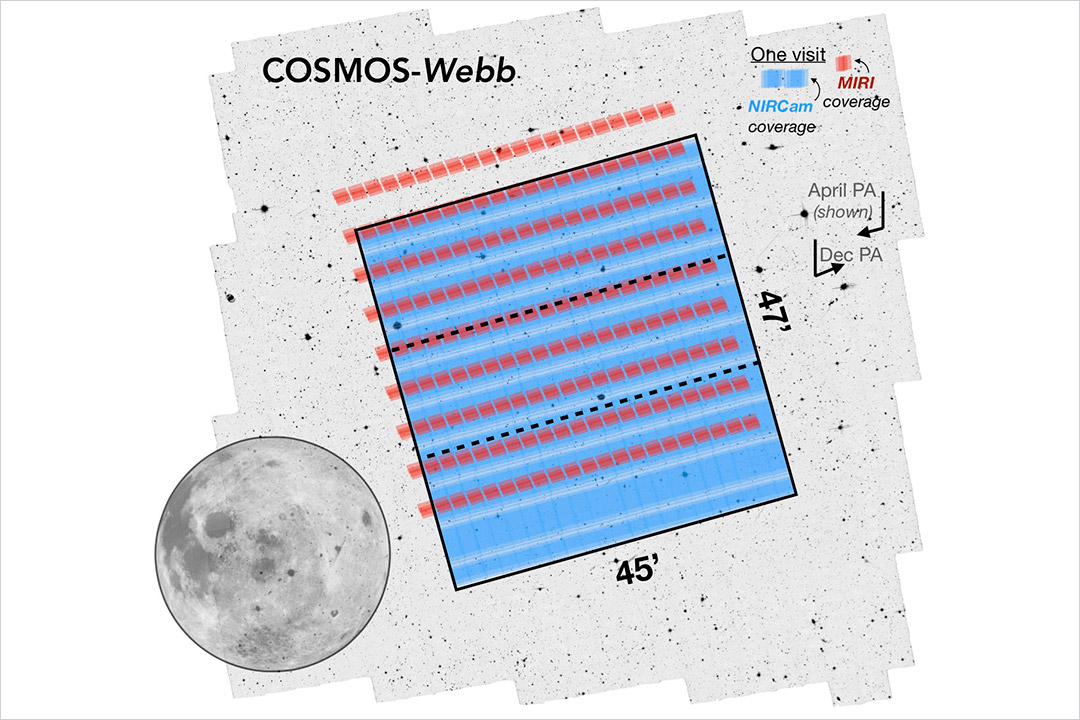 The COSMOS-Webb survey will map .6 square degrees of the sky—about the area of three full moons—using JWST’s Near Infrared Camera (NIRCam) instrument while simultaneously mapping a smaller .2 square degrees with the Mid Infrared Instrument (MIRI).

“The sheer scope of our program is so exciting,” said principal investigator Jeyhan Kartaltepe, an assistant professor in RIT’s School of Physics and Astronomy. “The first year of Webb observations will result in a lot of new discoveries that people will want explore more in-depth in future cycles. I think the public legacy of COSMOS-Webb will be that COSMOS will be the field where the community conducts this type of follow-up research.”

Caitlin Casey, an assistant professor and principal investigator at UT Austin, said “COSMOS-Webb has the potential to be ground-breaking in ways we haven’t even dreamt yet. You don’t know what treasures are there to find until you use an incredible telescope like Webb to stare at the sky for a long time.”

The survey will map 0.6 square degrees of the sky—about the area of three full moons—using JWST’s Near Infrared Camera (NIRCam) instrument while simultaneously mapping a smaller area of 0.2 square degrees with the Mid Infrared Instrument (MIRI). Through this approach, the scientists hope to achieve three main goals. 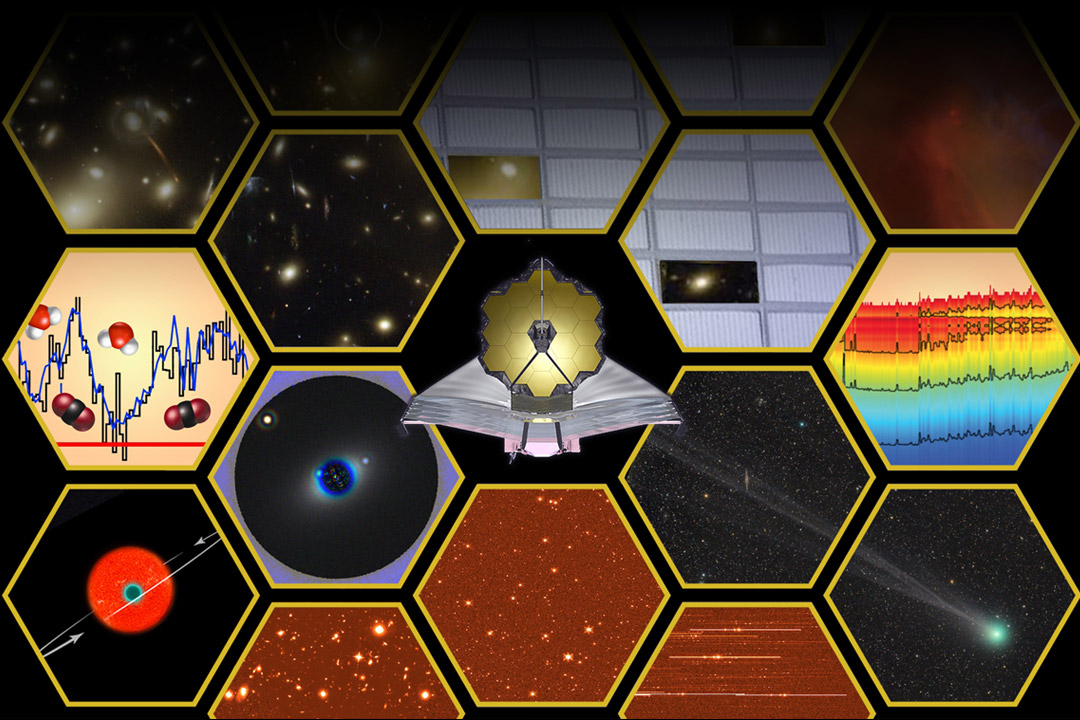 This artist’s illustration displays the scientific capabilities of NASA’s James Webb Space Telescope. Webb’s large mirror, near- to mid-infrared sensitivity, and high-resolution imaging and spectroscopic capabilities will allow astronomers to search for the first galaxies, explore the formation of stars, and measure physical and chemical properties of planetary systems, including our own solar system.

The first goal focuses on the epoch of reionization, which took place from 400,000 to 1 billion years after the Big Bang. When the first stars and galaxies formed, they provided energy to re-ionize the early universe and it likely happened in little pockets, not all at once. COSMOS-Webb aims to map out the scale of these reionization bubbles.

A second goal is to use the MIRI instrument to look for fully evolved galaxies at high redshifts that seemingly matured soon after the universe formed. Hubble Space Telescope (HST) has found examples of these galaxies, which challenge existing models about how the universe formed, so the hope is to find more examples of these high redshift galaxies and study them in more detail to understand how they could have evolved so rapidly.

The third primary objective makes use of a technique called weak lensing. Because gravity is sensitive to all kinds of matter including that which we cannot see, scientists can use the distortions of light around galaxies to estimate of the amount of dark matter. Jason Rhodes, a senior research scientist at NASA’s Jet Propulsion Laboratory, said COSMOS-Webb will provide important insight about how dark matter in galaxies has evolved with the stellar content of galaxies over the age of the universe.

“A key result from the original HST-COSMOS effort over a decade ago was showing that dark matter is the cosmic scaffolding upon which the structures in the universe we see today are formed,” said Rhodes. “COSMOS-Webb will make use of the JWST’s larger mirror to push that dark matter mapping farther in time and to higher resolution maps, allowing us to study how dark matter has influenced the evolution of individual galaxies from the early universe to now.”

COSMOS-Webb is one of just 286 General Scientific Observer programs selected out of more than 1,000 proposals for the telescope’s first year of science, known as Cycle 1. These specific programs will provide the worldwide astronomical community with one of the first extensive opportunities to investigate scientific targets with Webb. NASA is currently targeting Oct. 31, 2021, for JWST’s launch.

For more information about COSMOS-Webb, go to the Space Telescope Science Institute website.