RIT researcher and pediatrician makes the case for a paradigm shift 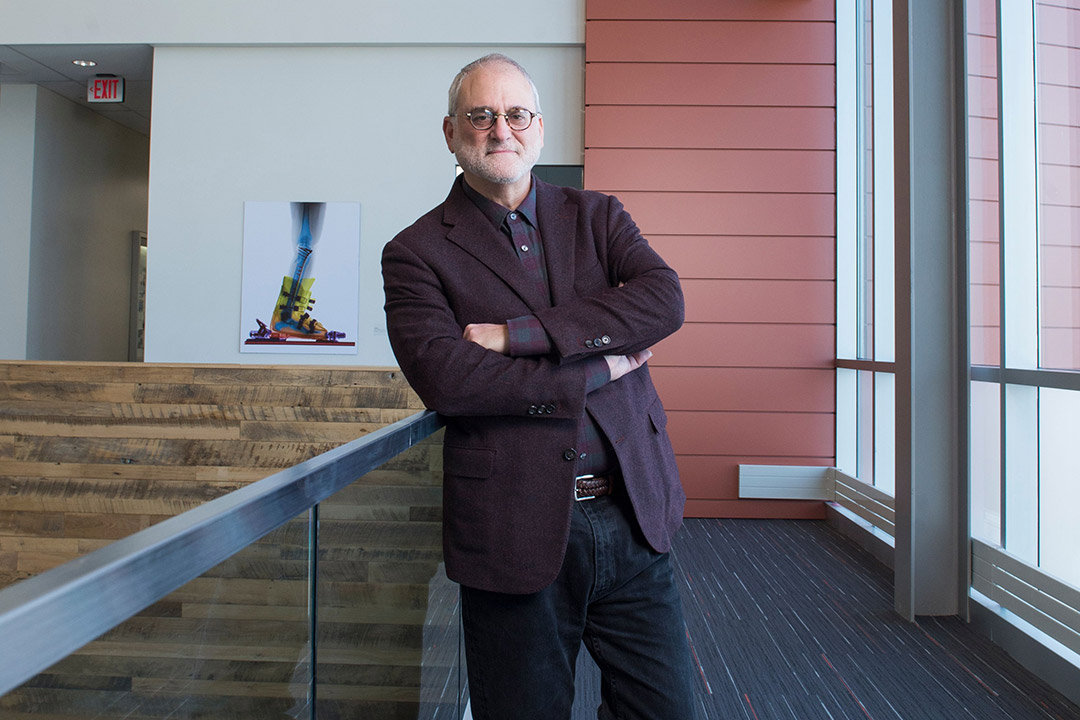 “I have been on a mission my whole career to integrate self-regulation, self-care, primary care, and mental health care,” says Dr. Laurence Sugarman, research professor in RIT’s biomedical sciences program.

A health care approach centered on integrating mind-body well-being in all aspects of traditional medicine is the focus of a new book by a Rochester Institute of Technology researcher and pediatrician.

Changing Minds with Clinical Hypnosis: Narratives and Discourse for a New Health Care Paradigm, published by Routledge, Taylor & Francis Group, is the culmination of lead author Dr. Laurence Sugarman’s 35 years in primary care and behavioral pediatrics, and research at RIT. Intended readers are people across the continuum of health care, from students to clinicians to administrators. Changing Minds with Clinical Hypnosis is also the textbook for Sugarman’s course Applied Psychophysiology and Self-regulation.

“I have been on a mission my whole career to integrate self-regulation, self-care, primary care, and mental health care,” said Sugarman, research professor in RIT’s biomedical sciences program. “Hypnosis and physiological monitoring/biofeedback—how we change our mind, how we become more open minded and agile in our mind and body—is the essence of health.”

Sugarman and coauthor Julie Hope Linden, a clinical psychologist, propose a new health care paradigm that uses mind-body skills in every stage of care, from pediatrics, primary care, through procedures and surgery to palliative care and death and dying. Four short stories written by author Lee Warner Brooks illustrate what this paradigm could mean for people from different circumstances. The experiences of one fictional character, a Haitian-American doctor, echo the call for social justice in the Black Lives Matter movement.

“We have to change health care in a big way, and it’s going to happen,” said Sugarman. “The only question is, is it going to change by falling apart, as it is with the pandemic, or is it going to be thoughtful?”

Changing Minds with Clinical Hypnosis: Narratives and Discourse for a New Health Care Paradigm addresses what is meant by mind-body health, how the health care industry can incorporate it, and the medical precedent for clinical hypnosis.

Health care is more than responding to and reacting to disease, Sugarman said. Early in his pediatric practice, he was alarmed by the rise of patients with mental and developmental problems. Sugarman began teaching his patients to control their stress and anxiety by controlling their breathing and imagination. These self-regulatory skills form the basis of his clinical practice at Easter Seals Diagnostic and Treatment Center in Rochester.

He later established the Center for Applied Psychophysiology and Self-regulation at RIT and combined computerized feedback and hypnotic techniques to teach young adults with autism spectrum disorder to control their own stress. Sugarman and his team at RIT are developing interactive media to promote self-regulation in health care.

Changing Minds with Clinical Hypnosis: Narratives and Discourse for a New Health Care Paradigm, 333 pages, is published by Routledge, Taylor & Francis Group. The cover of the paperback edition is illustrated by James Perkins, RIT professor of medical illustration.

Sugarman’s other works include the video Hypnosis in Pediatric Practice: Imaginative Medicine in Action and two editions of Therapeutic Hypnosis with Children and Adolescents, written with Dr. William Wester.