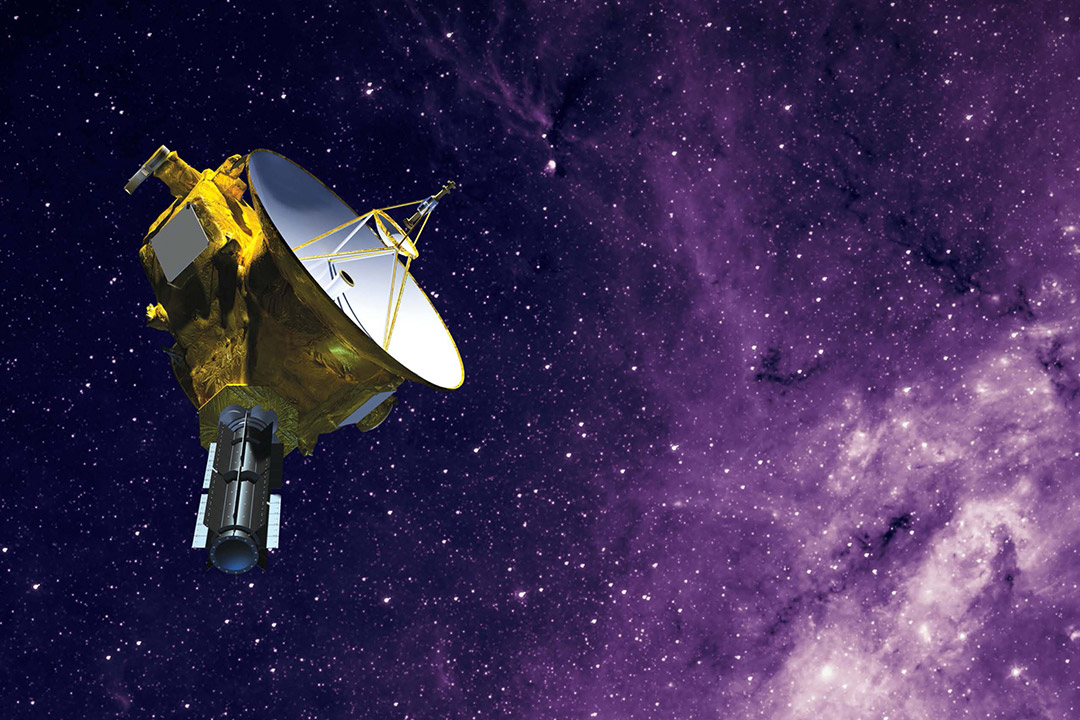 Scientists analyzed new measurements showing that the light emitted by stars outside our galaxy is two to three times brighter than the light from known populations of galaxies, challenging assumptions about the number and environment of stars are in the universe. Results of the study led by researchers at Rochester Institute of Technology have been posted to ArXiv and accepted for publication in The Astrophysical Journal.

The research team analyzed hundreds of images of background light taken by the Long-Range Reconnaissance Imager (LORRI) on NASA’s New Horizons mission to calculate the cosmic optical background (COB)—the sum of light emitted by stars beyond the Milky Way over the history of the universe. If the COB brightness doesn’t equal the light from galaxies we know about, it suggests there might be missing sources of optical light in the universe.

“We see more light than we should see based on the populations of galaxies that we understand to exist and how much light we estimate they should produce,” said Teresa Symons ’22 Ph.D. (astrophysical sciences and technology), who led the study for her dissertation and is now a postdoctoral researcher at University of California Irvine. “Determining what is producing that light could change our fundamental understanding of how the universe formed over time.”

Earlier this year, an independent team of scientists reported the COB was twice as large as originally believed in Astrophysical Journal Letters. Those results were no fluke, as corroborated using a much broader set of LORRI observations in the new study by Symons, RIT Associate Professor Michael Zemcov, and researchers at the Jet Propulsion Laboratory at Caltech, UC Irvine, UC Berkeley, and Johns Hopkins University.

While an unobscured measurement of the COB is difficult to achieve from the Earth due to dust between planets, the New Horizons spacecraft is at the edge of our solar system where this foreground is minimal and provides a much clearer view for this type of study. The scientists hope that future missions and instruments can be developed to help explore the discrepancy.

“This has gotten to the point where it’s an actual mystery that needs to be solved,” said Zemcov, a research professor at RIT’s Center for Detectors and School of Physics and Astronomy. “I hope that some of the experiments we’re involved in here at RIT including CIBER-2 and SPHEREx can help us resolve the discrepancy.”

To learn more, read the full study on the ArXiv website.