Professor among first to use Webb Space Telescope 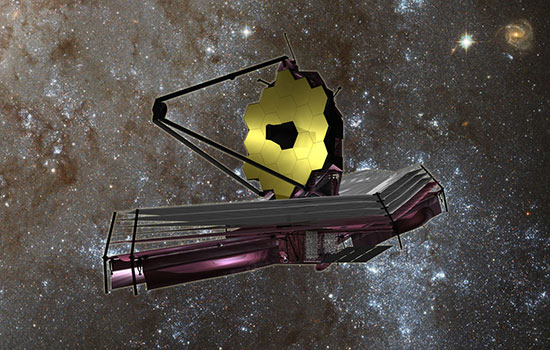 Rochester Institute of Technology astrophysicist Jeyhan Kartaltepe will be one of the first scientists to use NASA’s James Webb Space Telescope soon after it launches in spring 2019. The Webb telescope is regarded by many as the powerful successor to the Hubble Space Telescope, with sensitive infrared detectors designed to peer 13.5 billion years into the universe’s history.

Kartaltepe, assistant professor in RIT’s School of Physics and Astronomy, is a leading member of the Cosmic Evolution Early Release Science (CEERS) Survey team selected as part of the James Webb Space Telescope Director’s Discretionary Early Release Science Program. It is one of 13 science teams that will use the $8 billion telescope first, conducting experiments during its initial cycle and testing the instruments’ capabilities.

The Cosmic Evolution Early Release Science Survey will use multiple instruments on the space telescope and test different observation modes. The international project consists of 105 astronomers from 10 countries, including 28 U.S. universities.

A decade in the making, the Webb telescope soon will be the most advanced and sensitive space telescope in operation. It will be positioned farther in space than the Earth-orbiting Hubble telescope and will carry a larger mirror (6.5 meters compared to Hubble’s 2.4 meters) and sensitive infrared detectors.

“The James Webb Space Telescope will be ground breaking,” Kartaltepe said. “It will detect some of the first galaxies that formed in the universe and will provide detailed information about the structures and physical conditions of galaxies over the age of the universe.”

Kartaltepe’s research focuses on how galaxies have evolved from the early universe to today. As a team leader on the survey, she will spearhead data processing efforts for one of the instruments and measure detailed properties of galaxies and their nuclei in order to investigate star formation and the growth of supermassive black holes in the early universe.

The project will “demonstrate, test and validate extragalactic surveys in the near- and mid-infrared and inform the design of future James Webb Space Telescope surveys,” Kartaltepe said. Her research group, including RIT students and postdoctoral researchers, will conduct some of the first science investigations with this data set.

The larger astronomical community will have immediate access to the resulting observations. Kartaltepe anticipates that astronomers all over the world will use data products produced by the survey team in preparation for the next cycle of observations with the new telescope.

The Space Telescope Science Institute operates NASA’s James Webb Space Telescope, which was developed in partnership with the European Space Agency and Canadian Space Agency. The telescope is named after NASA’s second administrator. James Webb led the Apollo lunar exploration program and a space-science initiative that resulted in more than 75 launches. 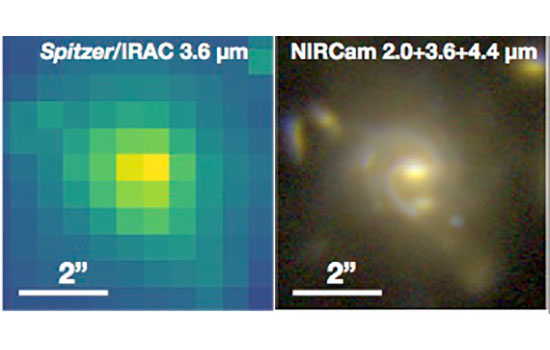 The James Webb Space Telescope will give scientists a new level of detail in studies about the structure of galaxies. This side-by-side image compares the resolution of a distant galaxy imaged by the Spitzer Space Telescope in the near-infrared, left, to a simulated image from the Webb telescope. NASA, CEERS team