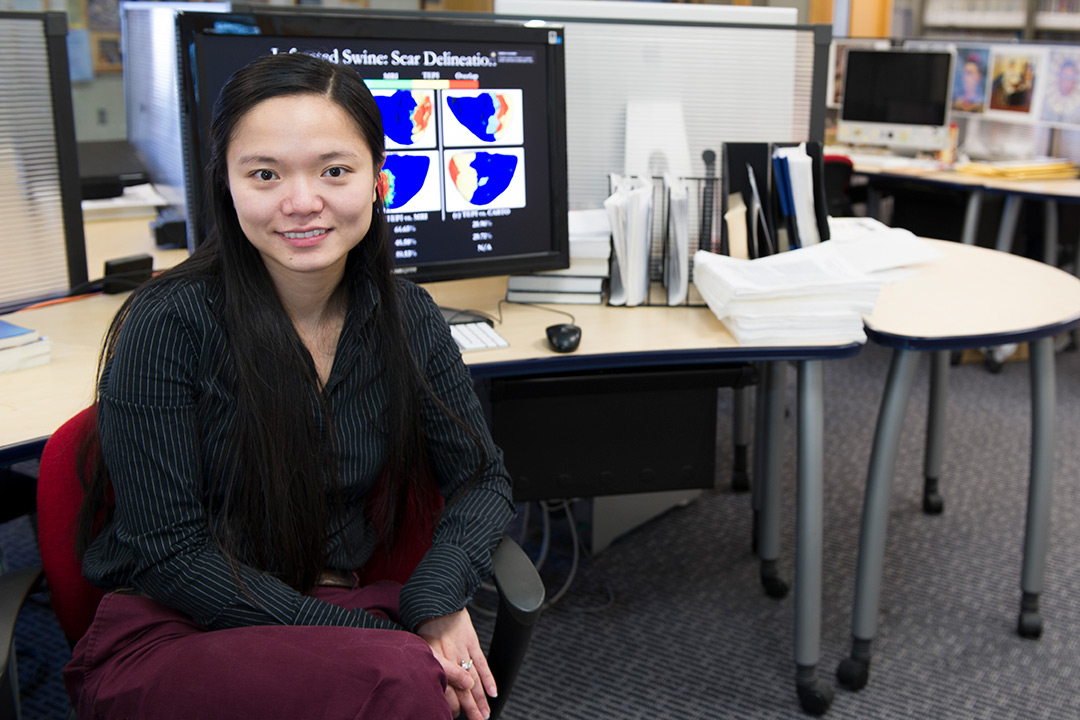 Linwei Wang, professor of computing and information sciences, is receiving the U.S. government’s highest honor for early-career scientists and engineers, the Presidential Early Career Award for Scientists and Engineers.

The PECASE is the highest honor bestowed by the U.S. government on outstanding scientists and engineers who are beginning their independent research careers and show exceptional promise for leadership in science and technology. The awards were announced by President Donald J. Trump in a White House press release July 2.

Wang will be honored, along with other recipients, at a recognition ceremony July 25 at DAR Constitution Hall in Washington, D.C. Each award winner also receives a citation, a plaque and funding from their agency for up to five years to advance their research. 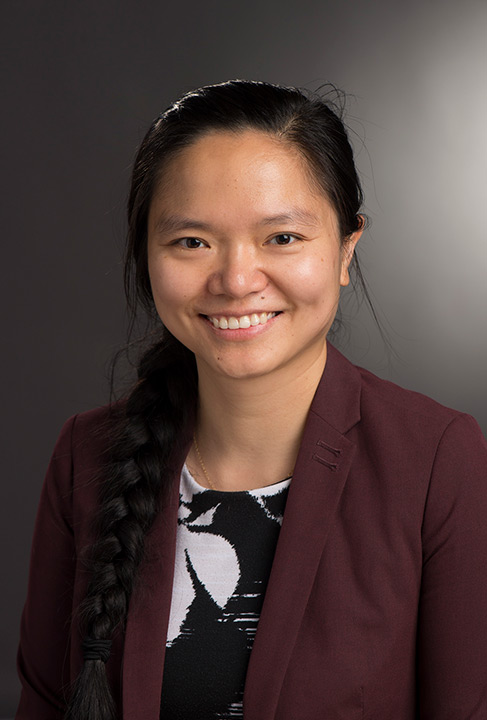 “I am extremely humbled and honored to be included with this esteemed group of scientists and engineers,” said Wang, associate professor in RIT’s Computing and Information Sciences Ph.D. Program. “It’s also very encouraging to me as a new mom who’s been exploring the balance between science and motherhood in the past three years.”

Wang’s research interests center around large-scale statistical inference and learning, with a special interest in the best ways to combine physics-based knowledge with what and how to learn from data. She and her group are also highly interested in applications in medical and healthcare challenges, especially for improving patient care in cardiac arrhythmia and other heart diseases.

“Linwei works at the intersection of artificial intelligence and biomedicine,” Shi said. “Her research efforts are not only technically fundamental, but also have significant practical implications to personalized precision medicine that are better and cheaper. Her PECASE showcases her exceptional achievements and potential in this area of critical national importance.”

Wang’s nomination for the PECASE from the National Science Foundation is based on an NSF Faculty Early Career Development (CAREER) award she received in 2014. This award supports the development of computational foundation for integrating physics-based models into data-driven inference, which later found application in a computational system for non-invasive imaging of patient-specific cardiac rhythm disorders.

Today, in a $3 million project funded by the National Institutes of Health, Wang is leading an international and multidisciplinary team of investigators to pursue the clinical use of this technology for guiding the interventional procedure for lethal ventricular arrhythmia.

“I’m also interested in the bilateral connection between physics and data — in using data to improve physics-based modeling and learning physics from data,” Wang said.

Collaborating with experts in patient-specific cardiac modeling and high-performance computing, Wang and her team have been developing novel uncertainty quantification techniques that — leveraging advances in active machine learning — enables the propagation of uncertainty from the data used to model elements and develop future predictions. Wang said this will help address the variability in personalized virtual organ models and help remove the major roadblock to the widespread adoption of these models in decision support.

Collaborating with clinicians, Wang and her team are also interested in integrating physics knowledge into the development of machine learning methods, such as learning to disentangle physiological factors of inter-subject variations from clinical data. This method is currently being applied to the development of a computer tool that is able to provide real-time automatic guidance of treatment target during ablation of ventricular arrhythmia.

As director of the Computational Biomedicine Laboratory, Wang said that multidisciplinary collaboration is signature to her lab’s research and student training.

“I think to solve society’s most pressing challenges, requires increasing collaborations across disciplines,” said Wang. “My lab’s research is always based on side-by-side computational and application research, driven by challenges arising in real-world applications and then generalized to fundamental solutions applicable to a wider range of problems.”

Researchers in her group collaborate closely with international experts across a wide variety of domains, including physiology, clinical electrophysiology, imaging, mathematical modeling and high-performance computing.

“I’m very thankful to NSF for the nomination and support for my CAREER award,” Wang said. “I’m also very thankful for the students in my lab, my collaborators, my colleagues at GCCIS and RIT, and my mentors both within and outside RIT.”

Wang was the first person to receive a Ph.D. in computing and information sciences from RIT in 2009 from the Golisano College of Computing and Information Sciences.

Established in 1996, the PECASE acknowledges the contributions scientists and engineers have made to the advancement of science, technology, engineering and mathematics (STEM) education and to community service as demonstrated by scientific leadership, public education and community outreach. The White House Office of Science and Technology Policy coordinates the PECASE with participating departments and agencies.

The PECASE awards are intended to recognize some of the finest scientists and engineers who, while early in their research careers, show exceptional potential for leadership at the frontiers of scientific knowledge during the 21st century. The awards foster innovative and far-reaching developments in science and technology, increase awareness of careers in science and engineering, give recognition to the scientific missions of participating agencies, enhance connections between fundamental research and national goals, and highlight the importance of science and technology for the nation’s future.