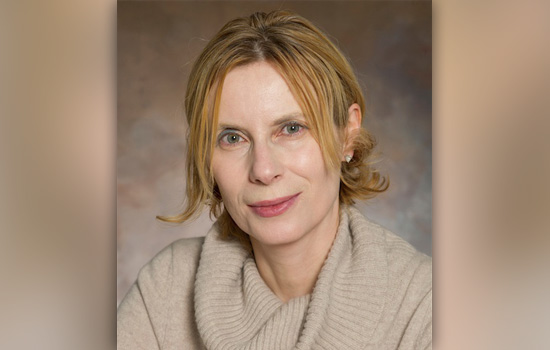 Rochester Institute of Technology professor Manuela Campanelli will help celebrate the 100th anniversary of Einstein’s Theory of General Relativity at the annual conference of the American Association for the Advancement of Science in San Jose, Calif., today.

The association, the largest general scientific society in the world and publisher of the journal Science, invited Campanelli to the symposium “General Relativity at 100: Looking Forward and Looking Back.”

“The theory of general relativity changes completely the way we view gravitation in the universe,” said Campanelli, director of Center for Computational Relativity and Gravitation at RIT and professor of mathematical sciences. “It changes the paradigm. Gravity is no longer a force concept that was first introduced by Newton. Einstein’s theory says matter follows the geometry of space and time. It’s a theory that governs all gravitational phenomena of the macroscopic objects in the universe.”

One of three invited speakers at the event, Campanelli will discuss the specialized field of study that grew from Einstein’s famous theory in her talk, “Revealing the Hidden Universe with Numerical Relativity.” Numerical relativity uses sophisticated mathematics and supercomputers to solve Einstein’s equations that describe astrophysical phenomena, like black holes, super novae and compact neutron stars, capable of producing gravitational waves.

Campanelli’s breakthrough research in 2005 computationally solved Einstein’s field equations that describe how black holes collide and generate gravitational waves. Campanelli was the lead author on the paper that included Carlos Lousto and Yosef Zlochower, professors at RIT and members of the Center for Computational Relativity and Gravitation.

“It is a special year not only because of the celebration, but because Advanced LIGO is starting to get ready for observations of gravitational waves,” said Campanelli, a member of the Advanced LIGO team. “It will start engineering runs this year, and its first science runs probably next year. And in just two years from now, we may directly detect gravitational waves from binary neutron stars (and perhaps binary black holes) for the first time.”

Astrophysicists have indirectly observed gravitational waves by looking at the orbit and decay of binary pulsars. Direct observation will confirm their existence and Einstein’s prediction.

An understanding of gravity would open a new window on the universe with gravitational wave astronomy and could help explain the Big Bang, she said.

“We do science because we want to answer some fundamental questions,” Campanelli said. “In my case, it’s about gravitation and how it works in the universe. But there is a whole series of other potential applications that come up when you advance knowledge in one direction, and sometimes it’s unexpected.”