More than 30 percent of REDCOM employees are RIT alumni 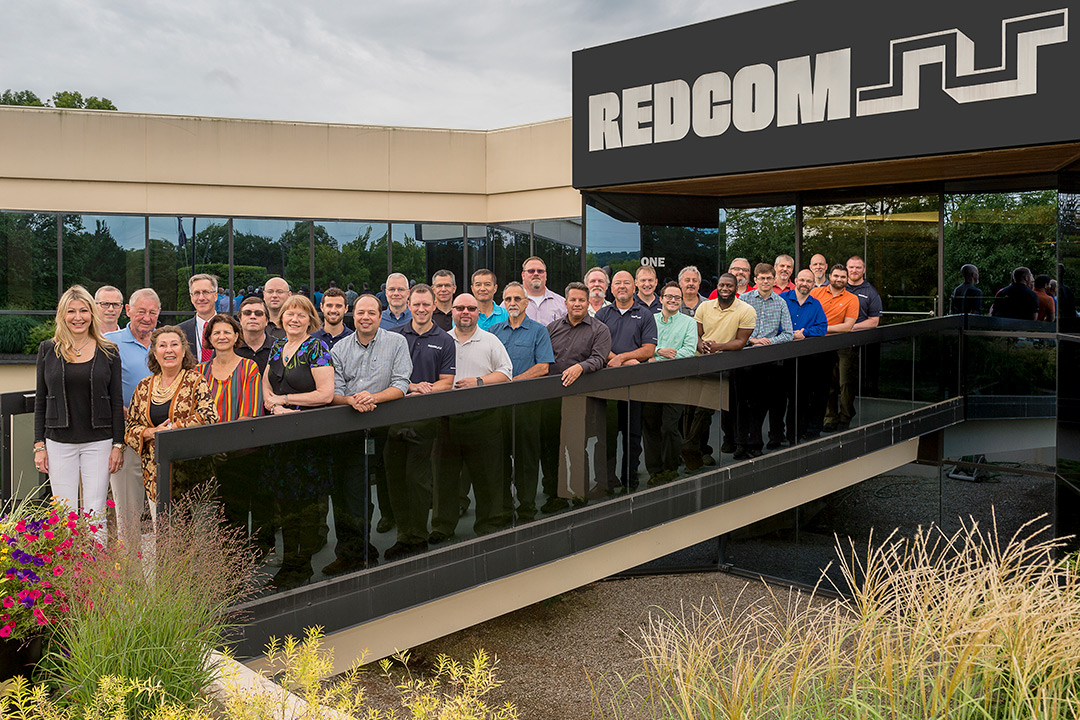 Rochester Institute of Technology’s Saunders College of Business is honored to recognize the 40th anniversary of REDCOM Laboratories Inc., a local communications company with many ties to RIT. More than 30 percent of the employees at REDCOM—including the company’s founders and several members of the leadership team—are graduates of RIT’s business, software engineering and telecommunications programs.

Mike Gates earned his bachelor’s degree with concentrations in telecommunications and computer networking in 2010 from what is now RIT’s School of Individualized Studies. He is now a senior sales engineer at REDCOM working with current and potential customers to develop solutions for their communication needs.

“I didn’t complete my degree until later in life, and the education that I received helped to reinforce the practical experience I had received throughout my career,” said Gates. “Brigitte Gueldenpfennig [company co-founder] was my biggest cheerleader, encouraging me to go back and finish my degree. Many thanks to her for giving me the push that I needed. While the world still relies on traditional telecommunications methods and protocols, the network is slowly migrating to IP. One of my concentrations was for IP and computer networking. That education has proven invaluable in learning telephony protocols in a packet-switched network.”

Vincent Alese ’18 (MBA) is a digital marketing program coordinator at REDCOM and believes his studies at Saunders College have enabled him to confidently tackle the projects he manages. He also said the industry experience of his professors, coupled with Saunders’ small class sizes, were invaluable to his learning.

“In my position, I play a role in nearly all the digital marketing efforts at REDCOM,” he said. “The courses I took at Saunders College have enabled me to implement new tools at REDCOM and positively influence the company’s future direction.”

REDCOM has longtime ties to RIT. Dinah Gueldenpfennig Weisberg, REDCOM’s president and CEO, earned a master’s degree in software development and management in 1997 and an Executive MBA from Saunders College in 2003.

In addition, REDCOM has also been a financial contributor to RIT and its programs. The REDCOM Active Learning Collaboratory in Saunders College of Business provides an interactive learning experience with self-contained student pods for collaboration, supported by digital and traditional displays and video conferencing capability for distributed teamwork. The REDCOM Telecommunications System Lab in RIT’s College of Engineering Technology is home to an extensive selection of equipment that is connected, configured and analyzed by students to help them understand the intricacies of the myriad telecommunications systems in use today.

REDCOM Laboratories Inc. is a woman-owned small business that specializes in the development of advanced communications solutions with a focus on security, reliability and interoperability. Located in Victor, N.Y., REDCOM’s global customer base includes commercial telecom carriers, private networks, integrators, and government and defense agencies. For additional information, go to the REDCOM website at http://www.redcom.com.