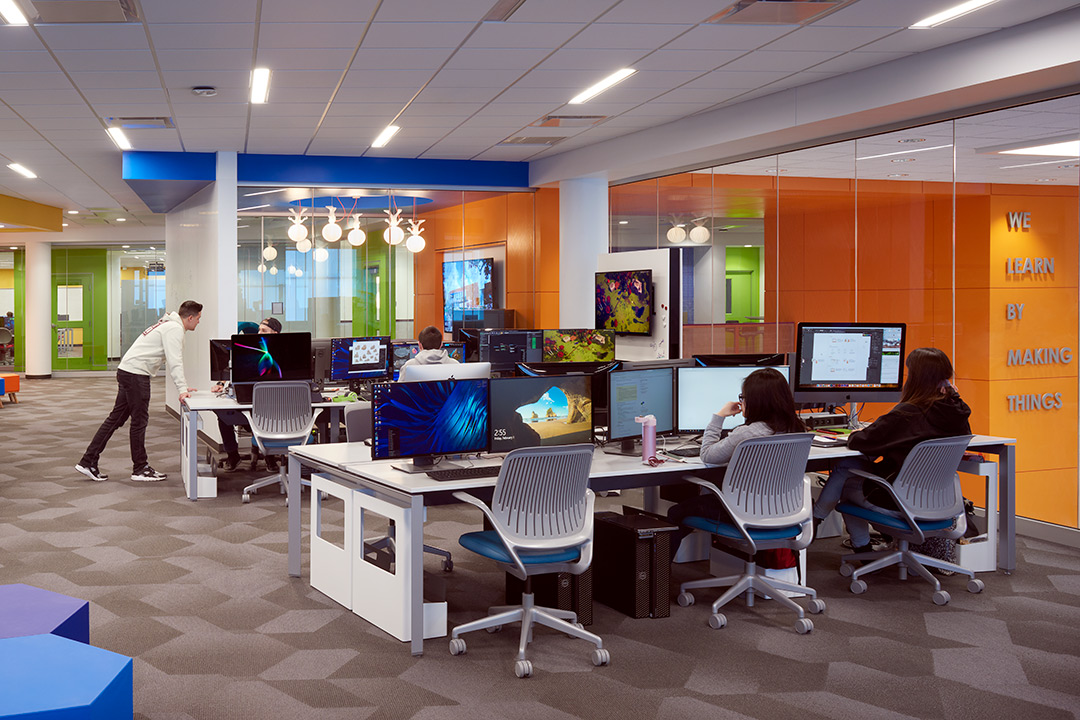 According to a statement from Empire State Development, the hubs’ objective is to increase the economic impact to New York state by fostering innovation and creating collaborative activities that spur new games or companies as well as providing resources and mentoring to encourage students and entrepreneurs to enter the growing gaming industry. In addition, the gaming hubs will assist existing companies with gaming concepts, technologies and trends and host events focused on assisting the gaming community.

Funding included in the 2014-2015 executive budget allowed for the creation of the three Digital Games Hubs. The universities will sustain this designation through May 31, 2018.

Andrew Phelps, director of RIT’s Center for Media, Arts, Games, Interaction and Creativity (MAGIC) and founder of RIT’s School of Interactive Games and Media, will lead RIT’s management of its gaming hub with the mission of promoting multidisciplinary, entrepreneurial research and development activities across the campus and through its network of partners and affiliates.

“RIT thanks Governor Cuomo and the New York State Legislature for recognizing the economic development opportunities that are associated with this industry,” said Phelps. “We are proud to be recognized as a New York Digital Games Hub, and we are looking forward to the ways in which this will facilitate greater regional connections, partnerships, outreach and impact, as well as collaboration with the other hubs throughout New York state. Through our efforts as a hub, we hope to continue our work in helping transform the regional and state economy into a vibrant and thriving ecosystem for digital media development and production.”

RIT’s MAGIC Center, established in 2013, is a nonprofit university-wide research and development laboratory and a for-profit production studio that assists in efforts to bring digital media creations up to marketplace standards and commercialization. Faculty, staff and student researchers, artists and practitioners come together to create, contextualize and apply new knowledge in a multitude of related fields and disciplines as appropriate not only to STEM or the arts and humanities, but their intersection. RIT’s MAGIC Spell Studios focuses on nurturing and growing new companies and publishing and distributing their projects.

“RIT stands committed to furthering the goals and educational opportunities for our students and to revitalizing and enriching our community, region and state,” added Phelps. “RIT’s MAGIC Center has established a network of dozens of companies, university resources and partners, including regional community colleges and K-12 institutions, in an effort to continue to spur regional economic development and keep our talent within New York state. RIT is poised to be that one-stop shop that connects our talented students with regional industry professionals to help them gain the valuable experience that serves to enhance their professional development. ”

RIT consistently produces top-tier technical and design talent that fills the needs of industry and games studios nationally including Disney, Nickelodeon, Activision, Electronic Arts and Microsoft, among others. Additionally, game design and development companies such as Second Avenue Learning, Darkwind Media and Workinman are among those within the local ecosystem that remain industry partners dedicated to serving RIT students and leveraging top talent.

Assembly Majority Leader Joseph D. Morelle said, “Thanks to the continued support of Governor Cuomo, New York’s high-tech economy is on the move and you can see and feel the many exciting changes taking place all around us. Today’s designation will further equip RIT, RPI and NYU with the resources needed to continue paving the way with groundbreaking digital gaming research and development. Most importantly, these investments will ultimately strengthen our state’s economy, create new jobs and advance New York’s position as a national leader in digital media development.”