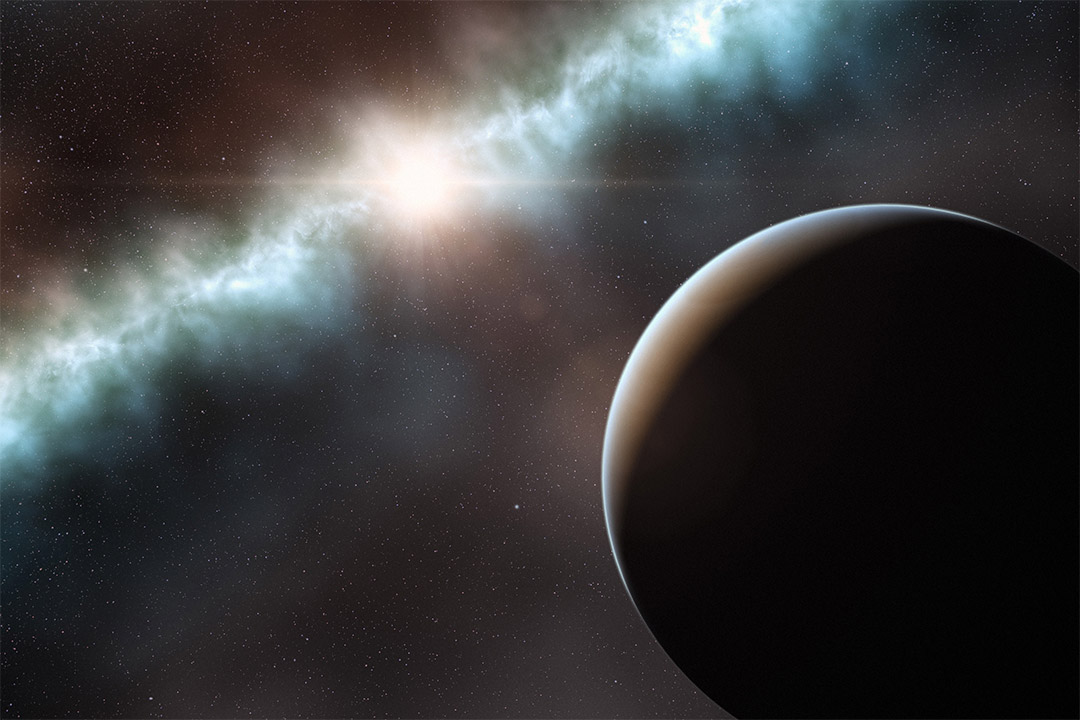 RIT researchers will conduct a NASA archival study to advance our understanding of newly formed stars and planets. Shown is an artist's impression of the view from a planet that may have formed in the disk of gas and dust orbiting the star T Chamaeleontis, a member of the 5-million-year-old epsilon Chamaeleontis Association.

A team of Rochester Institute of Technology scientists is poring over NASA data for new insights about Earth’s youngest, closest neighbors. Joel Kastner, a professor in RIT’s Chester F. Carlson Center for Imaging Science and School of Physics and Astronomy, received nearly $400,000 for a NASA archival study to advance our understanding of newly formed stars and planets. 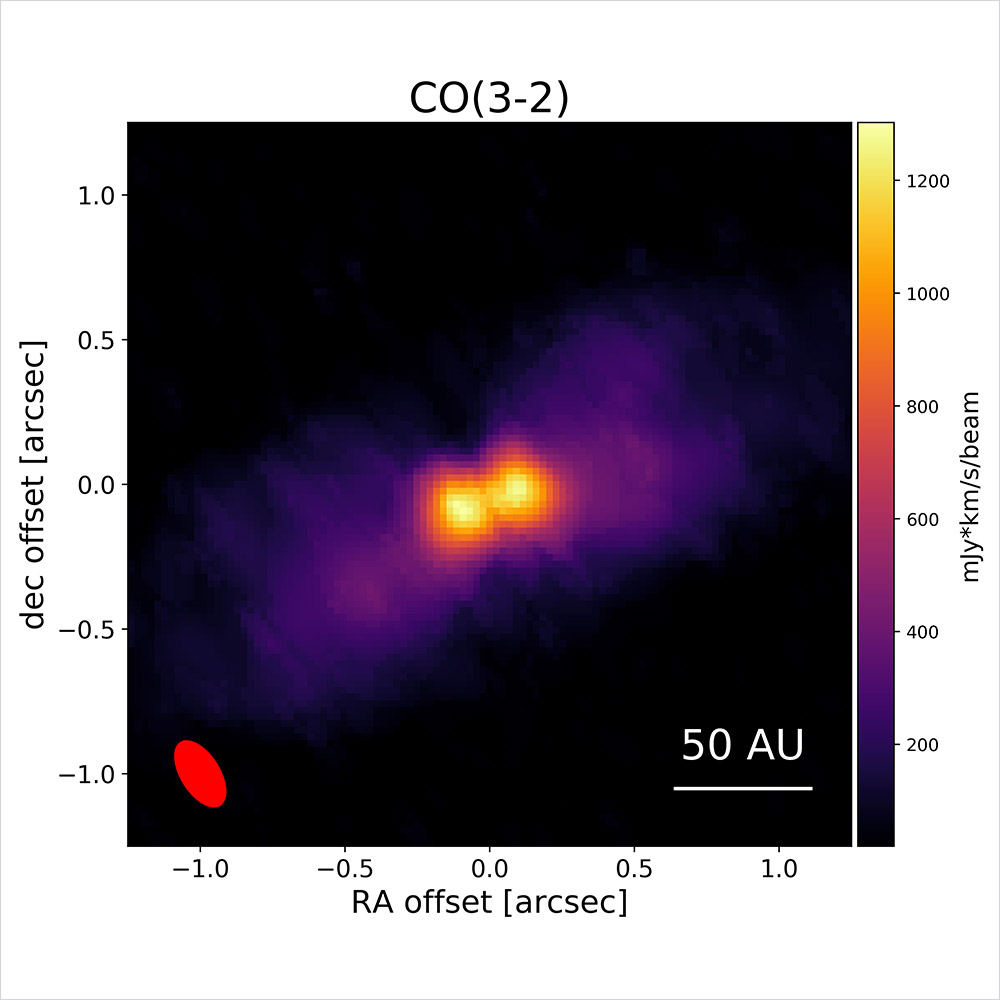 This image taken by the Atacama Large Millimeter/submillimeter Array (ALMA) shows the carbon monoxide emission from the disk orbiting T Cha, one of about 150 stars in the Epsilon Chamaeleontis Association that will be the subject of a new NASA archival study conducted by RIT.

Kastner and his team will study a group of about 150 stars that are only about 5 million years old, roughly one-thousandth of our own sun’s age, still babies in stellar terms. The stars are located just 350-400 light years away in the Epsilon Chamaeleontis Association, much closer than other hubs for young stars like the famous Orion Nebula that is 1,500 light years away.

“These stars are excellent places to look if you want to see a newborn planet,” said Kastner. “Because they’re so close and so young, the planets themselves are very bright relative to the young planets you might try to find in more distant star-forming regions, or older planets orbiting ‘middle-aged’ stars like our sun.”

The study will use data from four missions that will give them a view of the stars across a wide stretch of the electromagnetic spectrum. They will use data gathered by XMM-Newton, the Galaxy Evolution Explorer (GALEX), the Two Micron All Sky Survey (2MASS), and the Wide-field Infrared Survey Explorer (WISE).

Kastner said the archival study will build on work by three of his graduate students who have already made important discoveries about stars in the Epsilon Chamaeleontis Association— Annie Dickson-Vandervelde and Attila Varga, both astrophysical sciences and technology Ph.D. students, and William Grimble, an imaging science Ph.D. student. In 2020, Dickson-Vandervelde helped discover what, at the time, was believed to be a baby giant planet in the region and was later determined to be a low-mass star obscured by a disk of material surrounding it.

The study began in May and will conclude in April 2025. Kastner said that with Dickson-Vandervelde and Grimble set to graduate, he is recruiting new graduate students to help with the study.