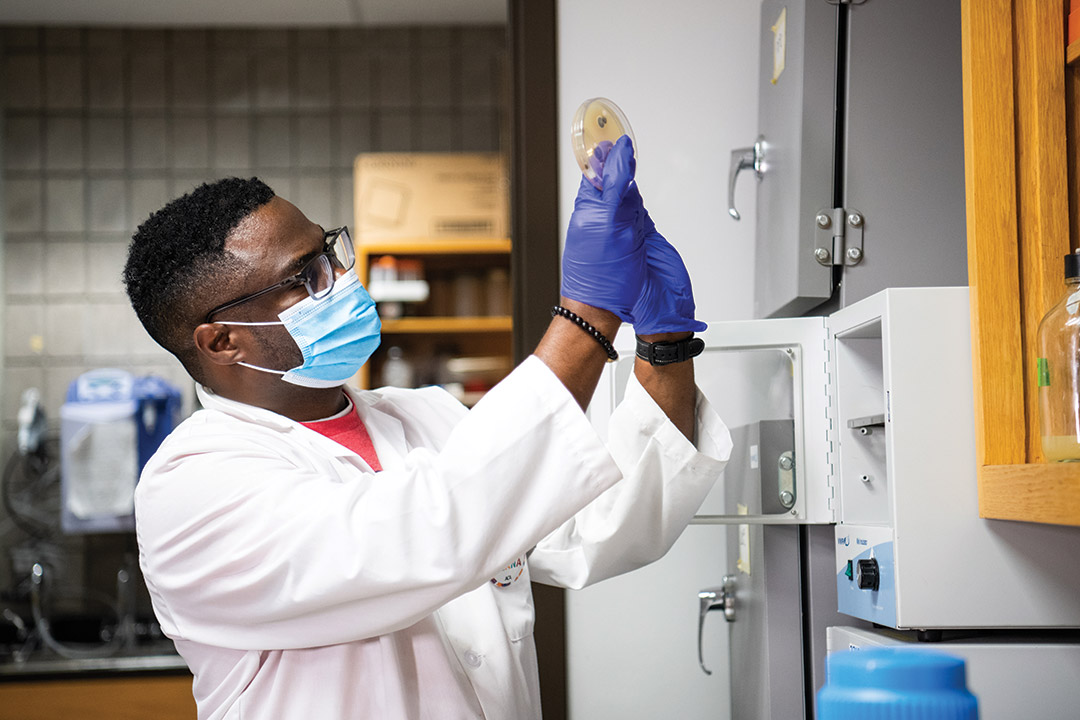 André Hudson, head of the Thomas H. Gosnell School of Life Sciences, conducts experiments at the beginning of the pandemic to see if the air ionization systems RIT purchased would be effective at killing microorganisms.

RIT had its best year ever for sponsored research funding.

During this most recent fiscal year, RIT had 339 principal investigators associated with 669 active research awards.

“In these challenging times, RIT is quite fortunate to have obtained a record amount of support for its research programs,” said Ryne Raffaelle, RIT’s vice president for research and associate provost. “One thing that we have definitely learned through this pandemic, and the other challenges facing our society, is the importance of academic research. It is gratifying to note that we are doing our part.”

Among the funding sources, RIT received:

The university also submitted 723 research proposals, totaling $200 million this past fiscal year. Some of the research highlights include: