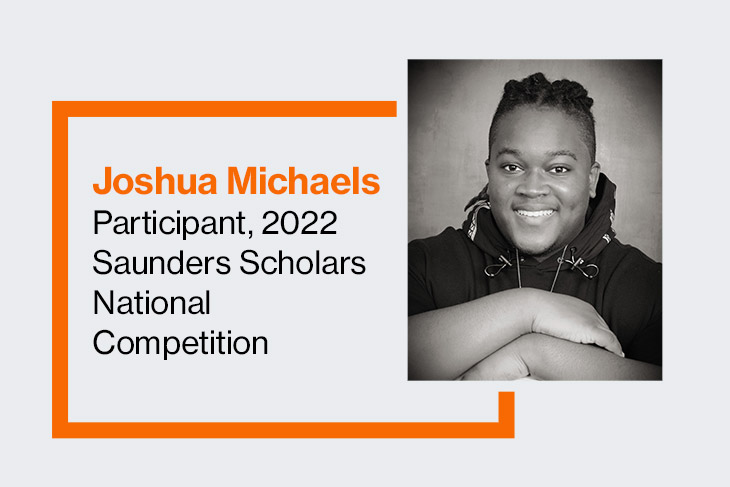 Students from around the country—including a Webster, N.Y., high school senior attending Rochester Institute of Technology’s Saunders College of Business this fall—will compete to see who will be named America’s Next Top Young Entrepreneur at the Young Entrepreneurs Academy (YEA!) 14th annual Saunders Scholars National Competition on Saturday, June 4.

The Shark Tank-style pitch competition will award more than $80,000 in cash prizes and college scholarships to the students with the best businesses. This year’s competition will feature 21 semifinalist startups and small businesses representing middle and high schools from across the country who are competing virtually for first, second, third, and a People’s Choice Award. They will present their business plans to a panel of business leaders serving as judges.

Students enrolled in the YEA! program first competed locally to an investor panel in early 2022. The top business from each YEA! chapter across the country advanced to the semifinal and final rounds of the Saunders Scholars National Competition, which will take place virtually from 11 a.m. to 5 p.m. ET, with the national winner announcement at 4:55 p.m.

Joshua N. Michaels, a Webster Schroeder High School senior planning to major in marketing at Saunders College this fall, said his business is designed to improve the future of health care.

“Like most businesses are created to solve a problem, mine is trying to solve the nationwide nursing shortage,” said Michaels, who’s also a musician. “I chose this industry because my mother has been in health care my whole life and my idea would help make her job easier.”

Michaels said in addition to attending Saunders College, he’s looking forward to applying for RIT’s Student Accelerator Program, a full-time, semester-long program through the Simone Center for Innovation and Entrepreneurship aimed at assisting entrepreneurs and innovators in developing their business concepts to a point where they are ready to begin seeking angel investment.

The Young Entrepreneurs Academy (YEA!) offers a series of classes and workshops that teach middle and high school students how to start and run their own businesses. Throughout the program, students develop business ideas, write business plans, conduct market research, pitch their plans to a panel of investors for startup funds, and launch and run their own, fully formed companies and social movements. The project-based program empowers students to take charge of their futures.

Founded in 2004 at the University of Rochester with support from the Kauffman Foundation, YEA! today serves thousands of students nationwide. In 2008, philanthropist and entrepreneur E. Philip Saunders and his Saunders Foundation became a national sponsor and partner of the academy to help celebrate the spirit of enterprise among today’s youth and tomorrow’s future leaders.

“Saunders College is proud to be a sponsor of the Young Entrepreneurs Academy competition and continue to support the transformational gift made by our college’s namesake Phil Saunders,” said Saunders College Dean Jacqueline Mozrall.

“We could not be prouder of the work these young people are doing and of our partners who are leading the charge across the country delivering YEA!’s entrepreneurship education,” said Gayle Jagel, YEA! founder and CEO. “Our local Chambers of Commerce, incubators, accelerators, universities, colleges, and K-12 partners who come together through YEA! are igniting the sparks of innovation in the entire community. Just imagine what our world would look like if every student got the chance to bring their ideas to life.”

This year’s Saunders Scholars National Competition is sponsored in part by the E. Philp Saunders Foundation, Southwest Airlines, and Saunders College of Business at RIT.