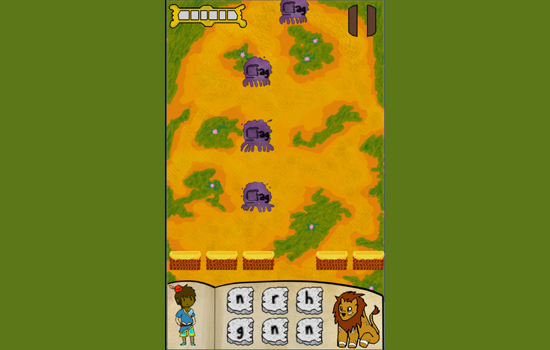 A class of RIT students is creating Remy and the Book of Rhymes, a video game that will help children ages five to nine learn to read. A prototype of the game will be available to play at Imagine RIT May 2.

A class of Rochester Institute of Technology students is trying to reduce global poverty by tackling illiteracy with a video game that will help children from around the world learn to read.

At the Imagine RIT: Innovation and Creativity Festival on May 2, festivalgoers can play a prototype of “Remy and the Book of Rhymes,” the free, educational video game aimed at children ages 5 to 9.

“Video games are powerful because they have an unlimited capability to captivate players in imaginative worlds, characters and stories,” said David Amata, a third-year game design and development major who is helping to develop the game. “What excites me most about this game is that it taps into the power and creativity of video games to potentially make a difference in the world through spreading the gift of reading.”

Remy and the Book of Rhymes is a 2D tower defense game in which players must defend villages from monsters with words on them called the Unread. Each monster is missing part of its word and in order to neutralize the threat, players must find the correct letter or rhyme and place it on the monster to complete a word.

The game was produced by six students throughout the Spring 2015 semester as part of Production Studio, an elective course taught by interactive games and media Professor Gordon Goodman. He began working on games for children with reading disabilities in the 1990s and decided that creating video games to help any child learn to read would be a good way to help the cause of Global Literacy.

“In order to develop the game, the students had to learn about orthography— recognizing the correct spelling of words and their associated verbal sounds,” said Goodman. “The students have used what they learned to make an educational game that is also inherently fun.”

Goodman is collaborating with colleagues at Tufts University, Georgia State University and the MIT Media Lab on the project, which delivers tablets loaded with learning apps to schools in Ethiopia, South Africa and Alabama. He hopes to continue making more games that can be added to the learning suite on the tablets.

“Even if we can make a small dent in illiteracy by educating these children, we can help to reduce world poverty and change peoples lives,” said Goodman.

Several students from the class will continue to work on the game over the summer as part of a cooperative education experience with RIT’s Center for Media, Arts, Games, Interaction and Creativity (MAGIC). The students will polish the prototype in order to publish the game through MAGIC Spell Studios, RIT’s third-party production studio.

In the future, Goodman and the class hope to make Remy and the Book of Rhymes available online for free.

You can find the exhibit at the eighth annual Imagine RIT festival in the Innovation Center zone and help the student developers find ways to improve the game.