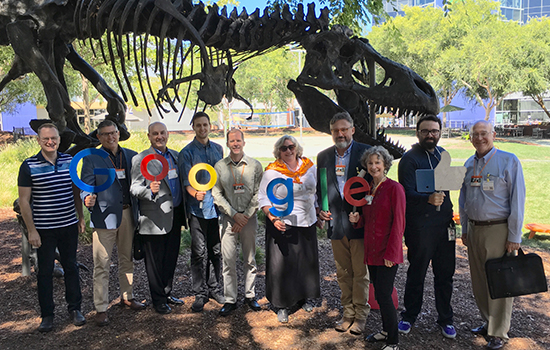 A 90-member delegation held strategic meetings with 24 global high-tech companies and organizations in Silicon Valley over the summer.

Welcome back to RIT! While many students, faculty and staff were away during the summer months, much was happening on campus. Here are some stories and videos you may have missed:

RIT included in ‘Fiske Best Buy List' for 2017: RIT has again been named a Fiske “Best Buy” school, one of only 26 private and 21 public universities included in the 2017 edition.

Video: Beekeepers Club Helps Protect Honey Bees: Founded in the fall of 2015, the RIT Beekeepers Club aims to educate the RIT community on the issues facing the honey bee population.

Video: Graduate Donates Kidney to College Roommate: When alumnus Rob Glaspy ’13 needed a new kidney, his college roommate Billy Gerken ’15 stepped up to donate one of his own to save Rob’s life.

Athletics Hall of Famer Mike Lawson has NTID scholarship named in his honor: The Lawson scholarship will support deaf and hard-of-hearing students in the College of Liberal Arts and in the NTID Master of Science in secondary education programs.