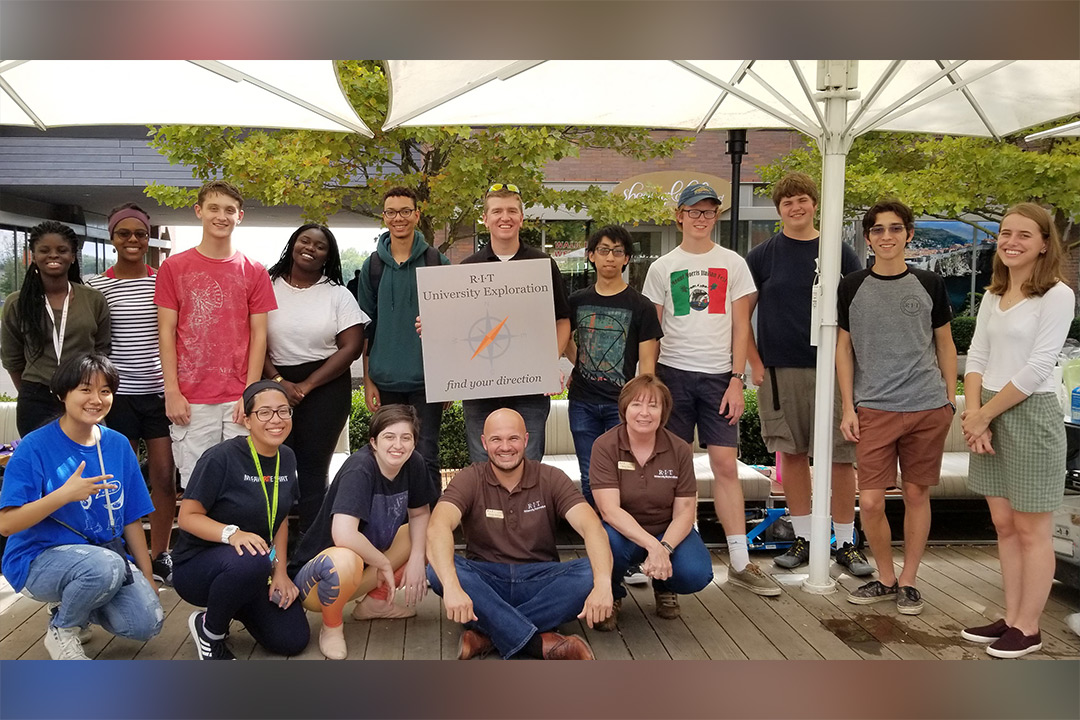 Dominic Oliverio is a second-year electrical engineering student from Marysville, Ohio. Oliverio is a self-described jack-of-all trades with many different interests and talents.

University Exploration is welcoming the 10th class of undecided students this fall, including freshmen, transfer students and even current RIT students. With the continued support of the University Exploration faculty and advisers, future students like Oliverio keep exploring and find what major best fits their interests.

Question: What is University Exploration?
Answer: University Exploration is for people who aren’t really sure where they want to go. The program helps guide you to what will ideally be your dream path. They have you take surveys to analyze your personality to see what jobs you might enjoy. From that information, you can work with an adviser to figure out where you want to go. It gives you a few good ideas. I ranked highly in engineering, so I decided to look further into that field.

Question: Why did you choose to enroll in the University Exploration program when you applied at RIT?
Answer: Up until two weeks before I applied to RIT, I thought I wanted to be in industrial design. Then, a brick came out and hit me in the forehead and I realized that industrial design wasn’t enough for me. I liked the idea of working with creative design, but there wasn’t enough mathematical application or engineering behind these jobs. I was really split at that point and I couldn’t decide what type of engineering would be best for me. So when I heard about the University Exploration program, I knew that should be my starting point. It would give me some time to explore and get experience with the course work so I would have a better idea of what I wanted to do before I committed to a particular major.

Question: What kind of classes can you take as a part of the University Exploration program?
Answer: You can take any class as long as you have the drive and the will to do it. Obviously you might need prerequisites, but you can really do anything. I took classes in business and engineering as well as general education courses to fulfill those requirements. I had a full plate and was able to try a little of everything that I was interested in. As long as you’re willing to really explore, the possibilities are endless.

Question: How did University Exploration help guide you to your current major?
Answer: Mainly, they helped me get into the classes that I was interested in. My adviser also helped guide me. It was nice to communicate what I was thinking to someone else and have them provide a third-party outlook. He would make suggestions based off of what I was telling him. With his mentorship, I was able to make the final decision about what path would be best for me.

Question: Who do you think should apply for University Exploration?
Answer: I think the ideal candidates for University Exploration are people who have taken and excelled at a wide variety of different courses in high school or at a previous school. It gives people more time to decide on what they would like to do and it provides an environment where you’re with people like you who also haven’t settled on a particular major. You can talk with other people in the same situation and even get advice from fellow students who might be interested in the same things as you. This program definitely isn’t for everyone; there’s a certain type of person who would fit in here. You can’t take someone who has already firmly decided on what they want to do and put them in University Exploration, it wouldn’t have the same effect.

Question: What would you like to do after you graduate?
Answer: In my hometown, there are opportunities to get involved with Honda production and I think that would be a good starting point. The job doesn’t matter that much to me, location is a bigger factor in my future plans. I’ll know I’ll be an engineer in some capacity, but the location is more important. I would like to move to the Swiss Alps region or somewhere in the mountainous climate of Germany eventually. Two years ago, I visited Switzerland and fell in love with it. I loved the scenery, the culture and the people, so I think that’s where I would like to settle. 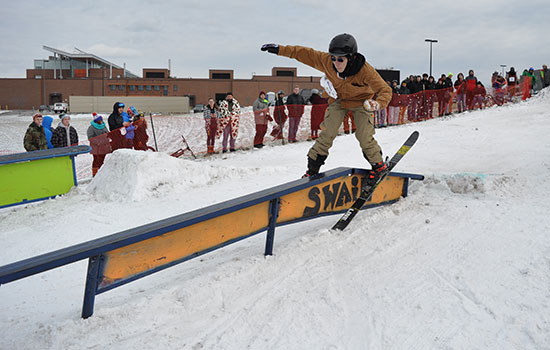 Outside of classes, Dominic Oliverio enjoys winter sports like skiing and snowboarding.