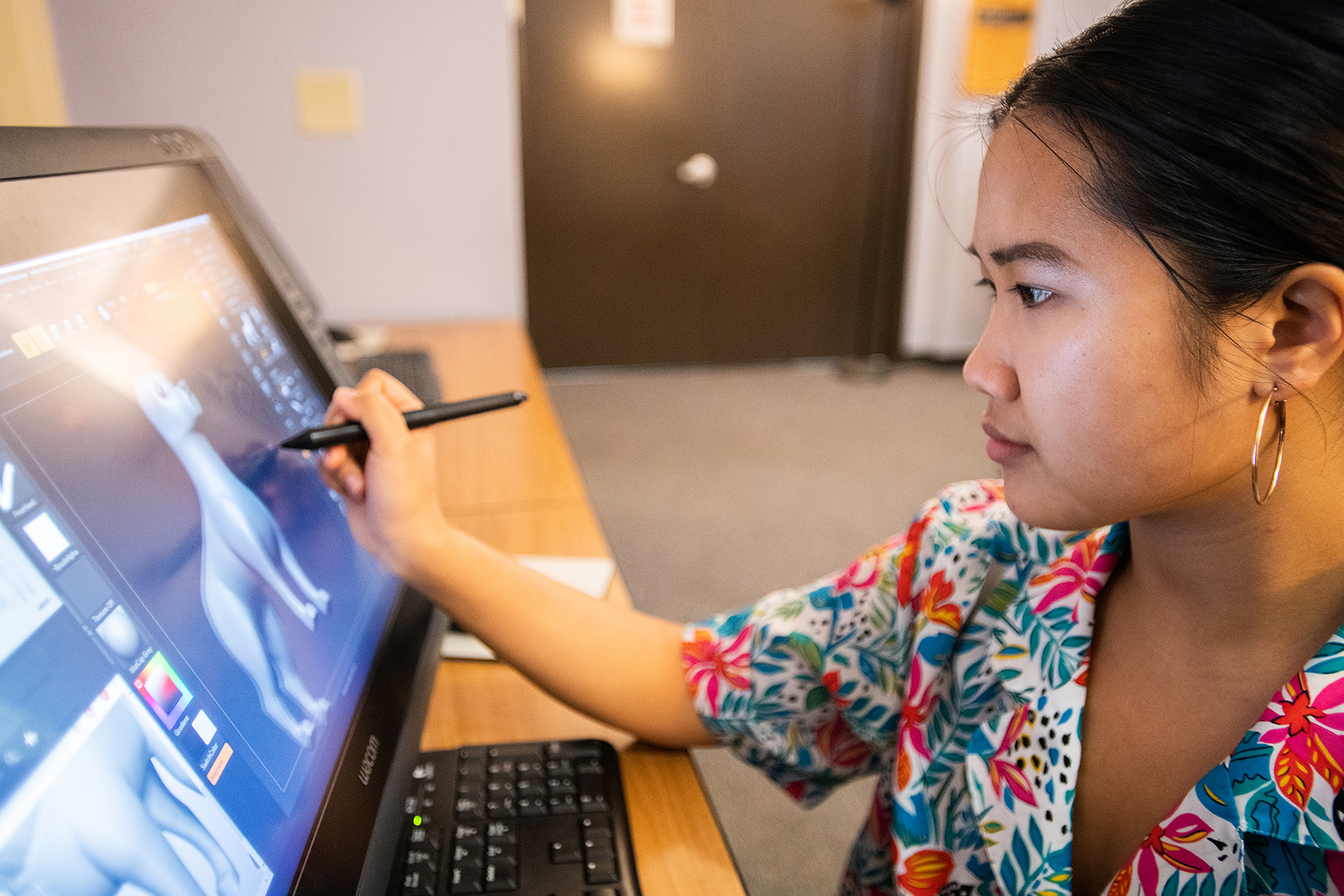 Stephanie Chan in the 3D Digital Design lab in fall 2019, during her senior year at RIT.

Stephanie Chan ’20 (3D Digital Design) is contributing to the early success of a startup technology company executing innovative work for brands of all sizes.

DreamView is a cloud platform that helps e-commerce businesses around the world produce, manage and distribute photorealistic and augmented reality media. The company is known for its creation of dynamic and reusable digital content and experiences empowered by disruptive technology.

“Since the company is a startup that is rapidly growing, I am usually working wherever I am needed,” Chan said. “The majority of my work with the company revolves around prop modeling, character work and look development.” 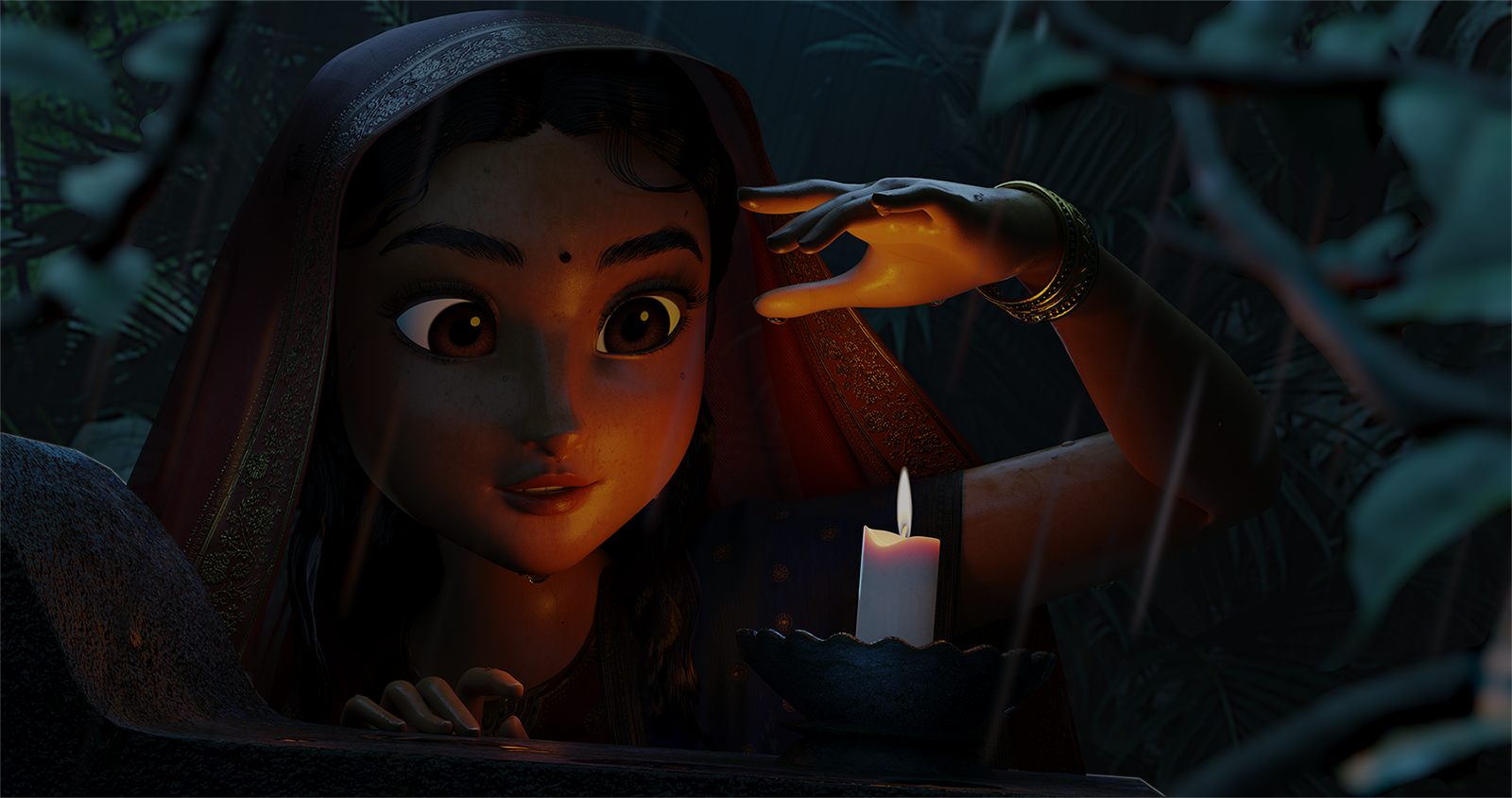 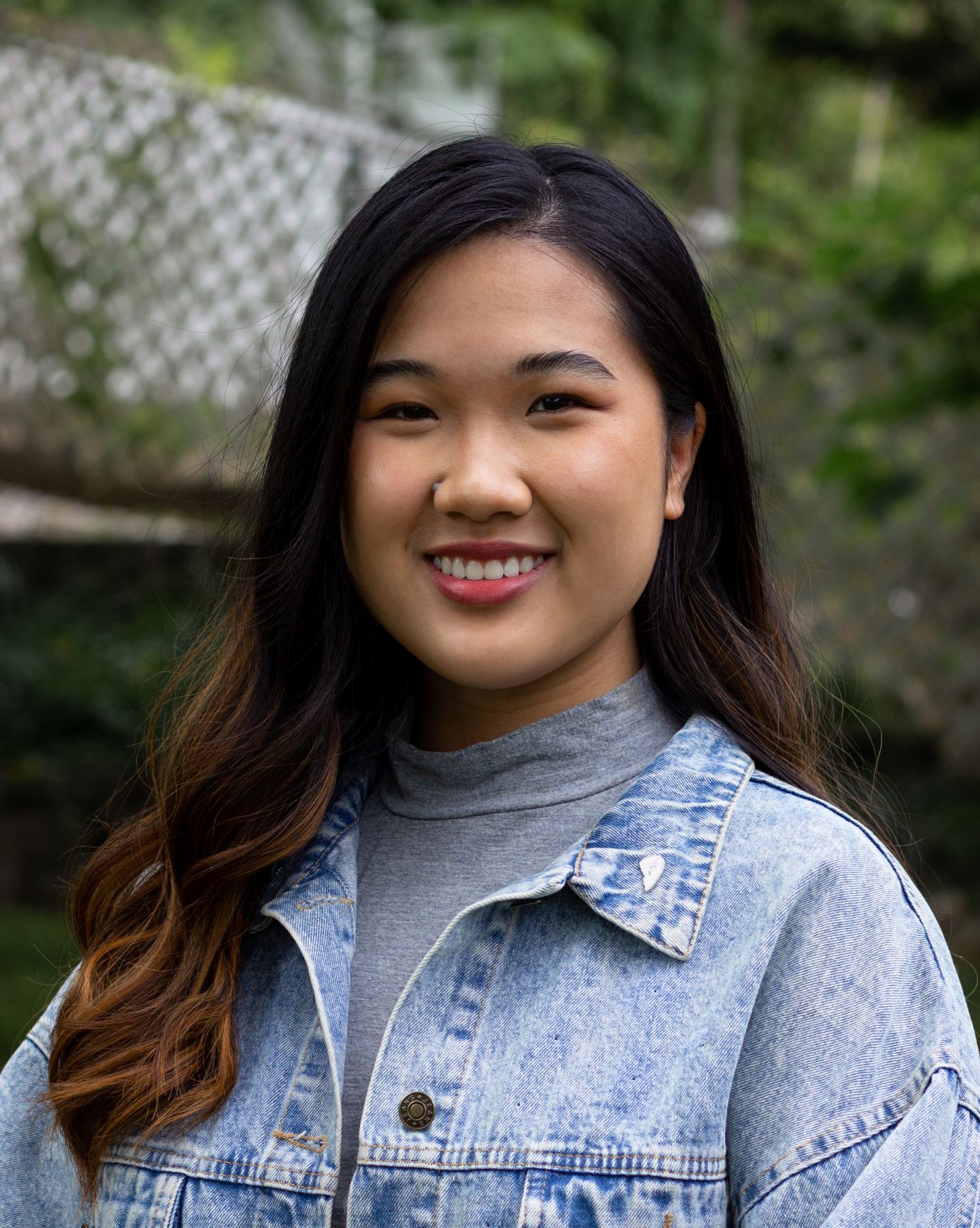 In preparation for her career, Chan earned a coveted opportunity to work for Walt Disney Animation Studios the summer before her final year at RIT. She and a group of fellow interns created the animated short “Maestro,” for which she modeled and textured the film’s characters and props in addition to lighting and compositing.

“Interning at Disney was an extremely valuable experience,” Chan said. “I was able to make wonderful friends who I am still in touch with. I also learned so much about how production works at such a large scale. I got to work directly with my mentors at Disney and improve on the technical skills I needed in the industry as well as the soft skills needed to work on a team with such different personalities. I saw myself grow significantly as both an artist and teammate.”

Chan said working on “Maestro” equipped her with the tools to complete the animated film she completed for her RIT capstone project, “Dog Days.” The animation, which celebrates loved ones who positively shape and impact those around them, has been accepted into multiple film festivals, including in the U.S., Australia and Portugal. It was also selected as a semifinalist selection in the 2020 Student Academy Awards.

Looking back at her time in RIT’s 3D Digital Design program, Chan said the Professional Practices course was the most important class for her career preparation. She also found comfort in building strong relationships with colleagues that have continued post-graduation.

“I learned how to write a proper resume and cover letter and the class also prepared me for interviews,” Chan said. “Being at college in general was so formative for me as I was able to make many friends with students and faculty. We help each other out now when looking for work opportunities. Not only can I count on them professionally but we’re there for each other in all aspects of life. I am so appreciative of the support system.” 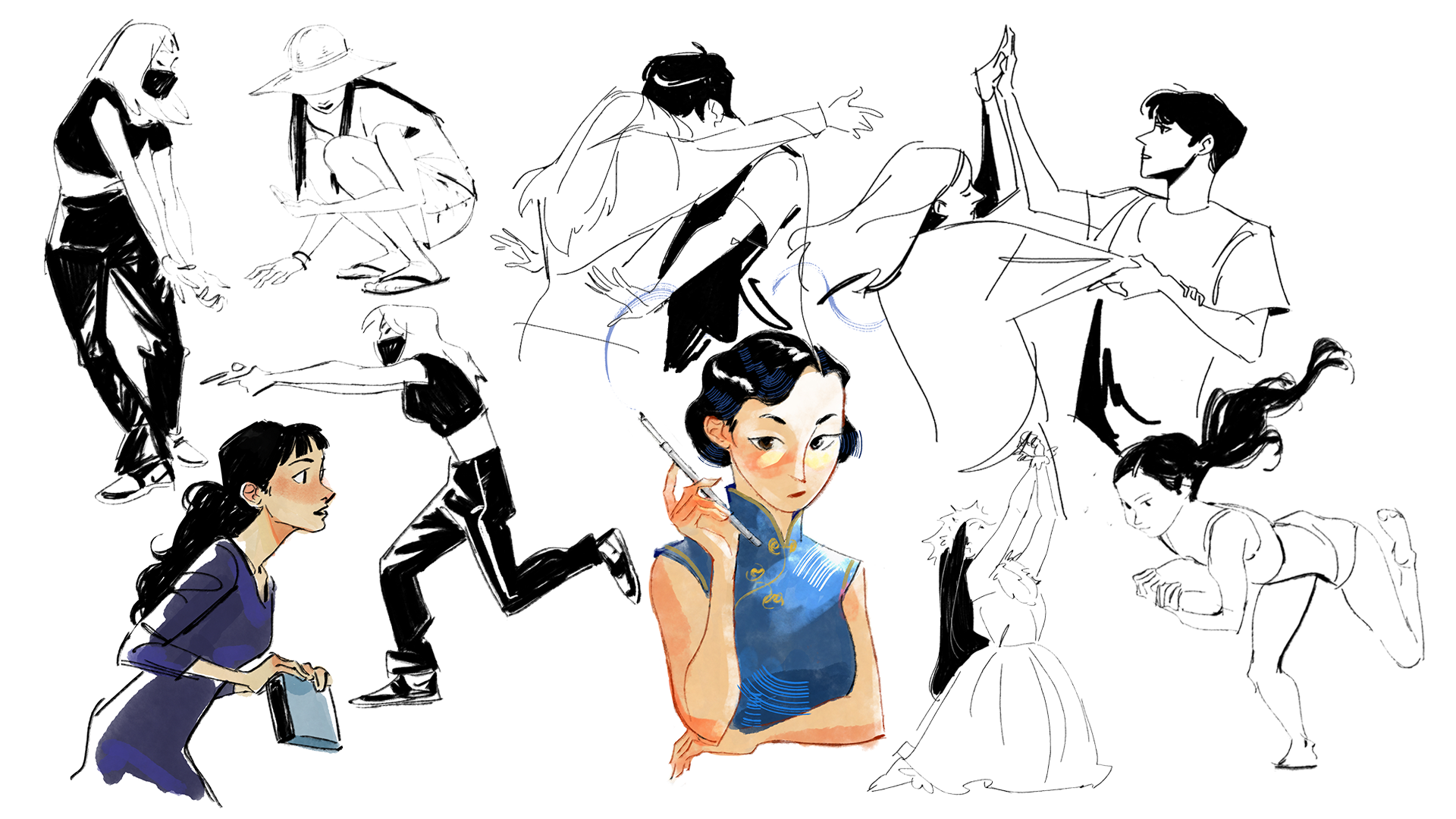 A series of sketches by Chan.