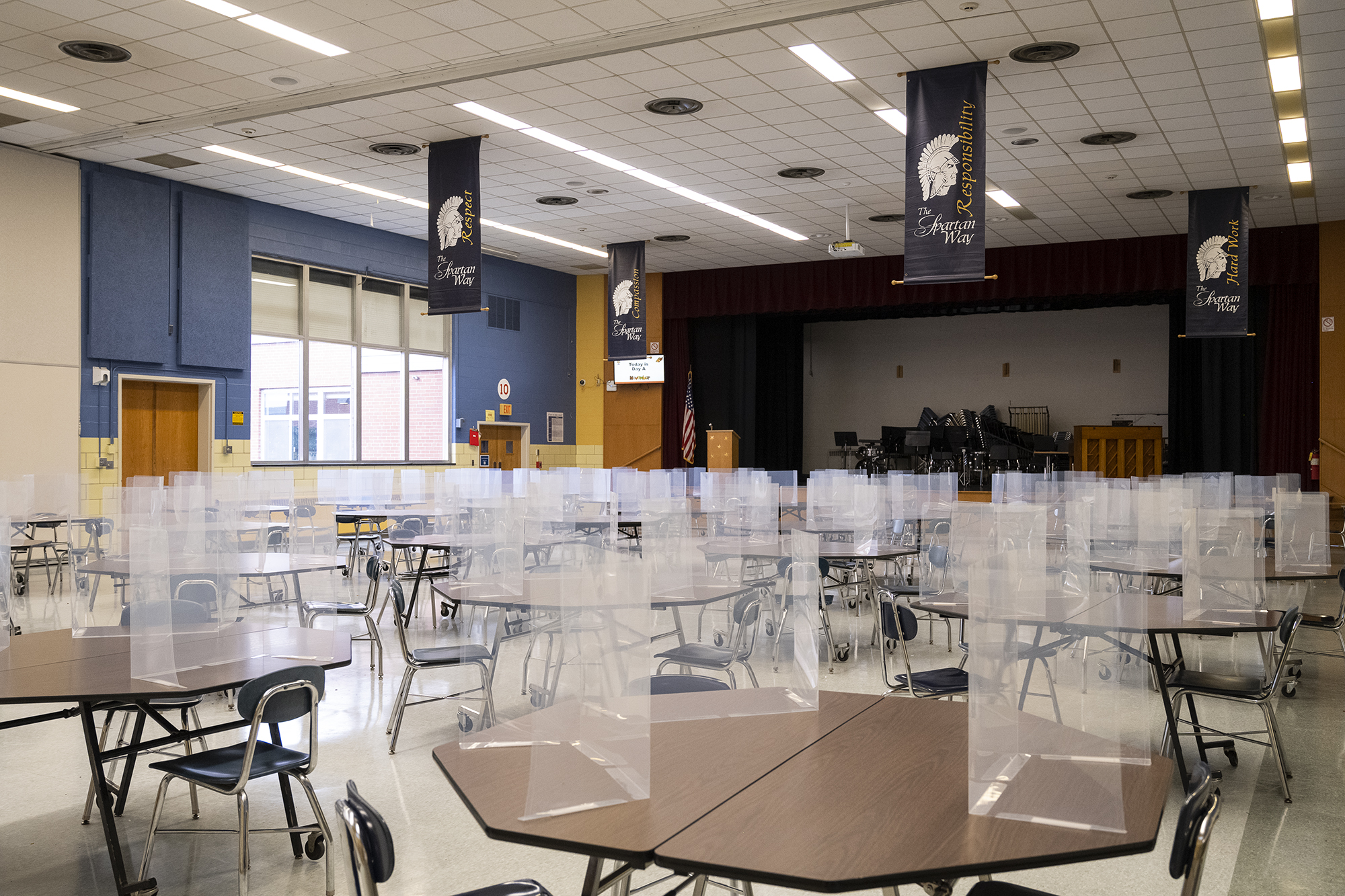 Julia Popowych detailed the impact of K-12 learning during the pandemic, through the lens of families in the Gates Chili Central School District, for her capstone documentary.

She is graduating as that, and more.

Enrolling in Assistant Professor Josh Meltzer’s Nonfiction Multimedia class turned out to be a defining moment for Popowych. It was her first deep dive into capturing and editing video, and since, she’s been hooked, molding herself into an adaptable visual storyteller. 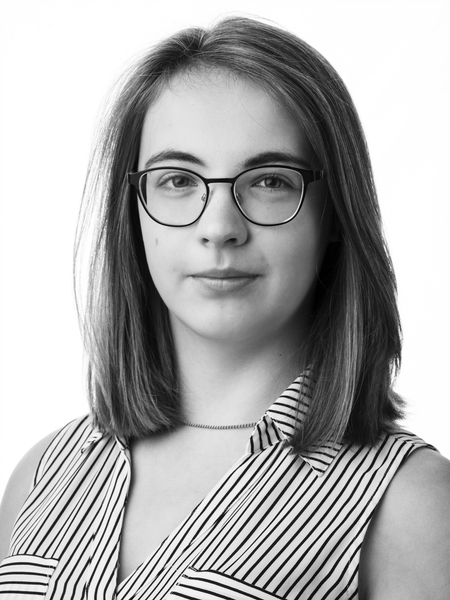 “Going into (Adobe editing software) Premiere and clipping things together and seeing what kind of stories I could create using audio and film, it was mind-blowing to me,” said Popowych, from Rochester, N.Y. “I still love interacting with people and shooting, but really making a story come to fruition in Premiere is so fulfilling for me.”

Popowych described her experience studying photojournalism as “amazing” due, in part, to an emphasis on storytelling using both still images and video. It steered Popowych toward a new career goal as a video editor while still honing her skills as a photographer.

“They give you a baseline to learn everything, and then you can choose which electives you want to take, what you’re interested in,” Popowych said. “Without that first video class, I would have never known I wanted to do video.”

Popowych proceeded to complete a documentary for her capstone project — “Learning Together,” about K-12 learning during the pandemic. The Photojournalism capstone is a year-long process where students research and execute an in-depth story.

Associate Professor Meredith Davenport, undergraduate program director of Photojournalism, said she noticed a significant amount of growth from Popowych throughout the process, which forced students to adjust their ideas and approaches in response to COVID-19. 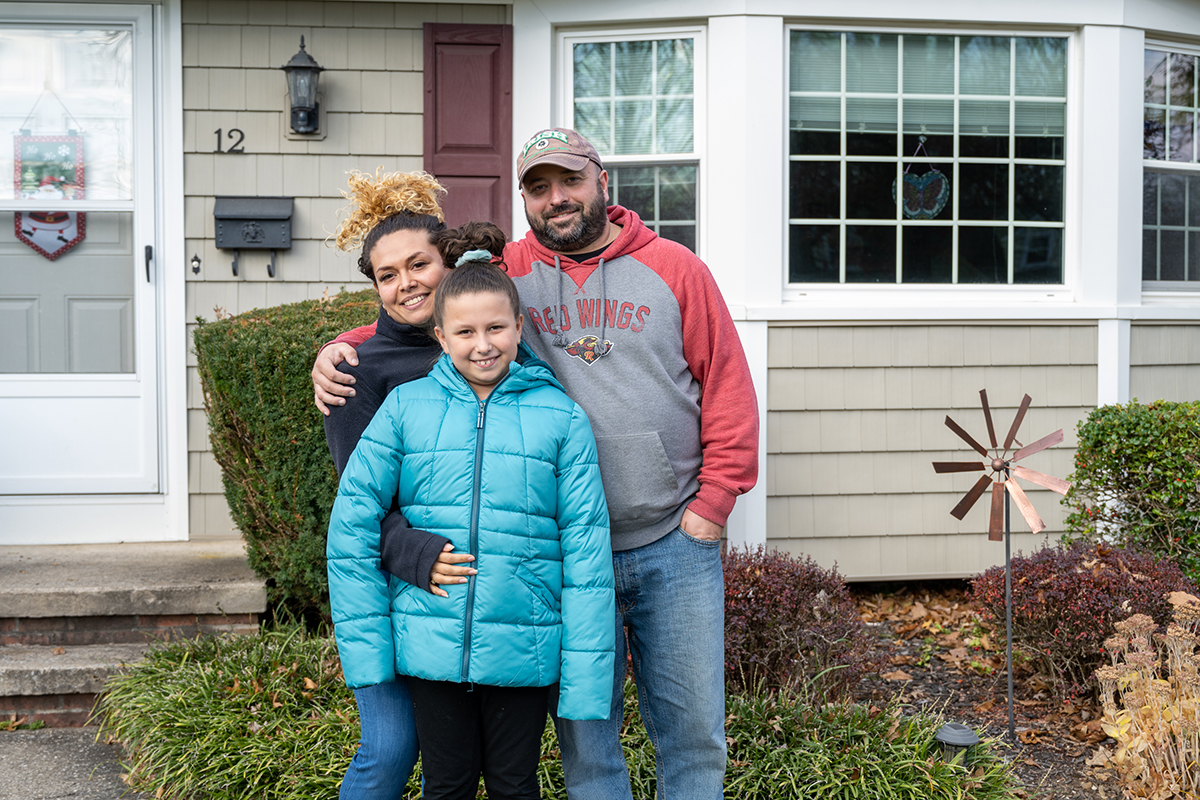 The DeSantis family is one of two families in the Gates Chili Central School District Popowych profiled for her capstone documentary "Learning Together."

It was an experience that challenged Popowych to roll all of her developed storytelling techniques into one project. Her work on “Learning Together” was in close alignment with a personal passion for human connection, and she said she hopes to continue similar work in the future.

“At the end of the day it made me a better person, it made me a better journalist,” Popowych said of the capstone project. “I don’t think that I would be as prepared for the journalism world without going through this process. It’s a huge task to take on a year-long story. All of it is super important to your growth as a person and journalist.”

Popowych was sold on studying photography at RIT ever since visiting campus for the School of Photographic Arts and Sciences’ annual Day of Photo event for prospective students. The roots of the attraction were the school’s equipment that she “wasn’t going to be able to use anywhere else” and positive interactions with faculty that continued throughout her RIT career.

As a wide-eyed freshman, Popowych entered RIT with hopes of becoming a travel photographer — an aspiration spurred by multiple international trips — before ultimately changing course.

“(Travel) influenced my early career to get to RIT, and RIT has shaped where my career is going now,” Popowych said. “It’s not just about taking a pretty picture in a different country. It’s more about connecting with people and being able to tell their stories.”

Popowych expanded her video exposure beyond her classes by participating in RIT’s Special Olympics New York Winter Games project. For three years (2018-20), RIT photography students documented the annual event, populating a website with images, video and writing that told the stories of the athletes.

Popowych worked on the project as a photographer when she was a freshman and was a video editor in 2020, editing an opening ceremonies trailer and managing logistics in a fast-paced environment. The experience further confirmed her desire to continue working in video.

“I took as many video classes as I could because I wanted to be versatile,” Popowych said. “But then I fell in love with it.”