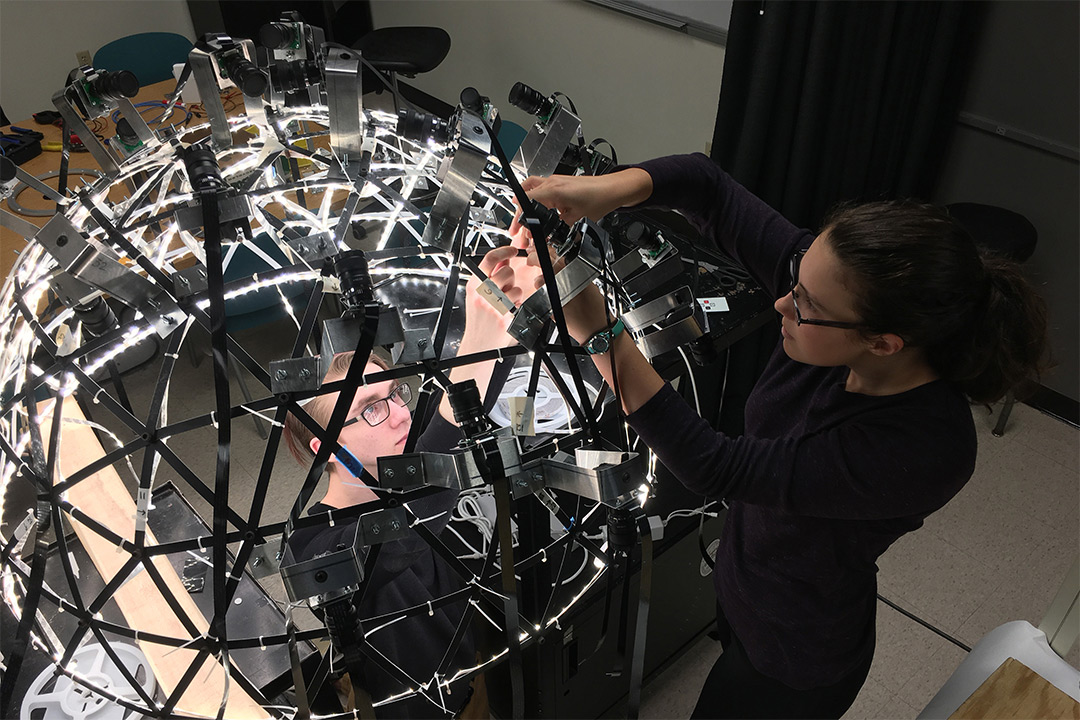 Lily Gaffney and Keegan Kresge helped design and build an imaging system that uses advanced multi-camera imaging techniques to create intricate 3D computer models of insects. It will be showcased at Imagine RIT on Saturday, April 27 in the Gordon Field House

When the Seneca Park Zoo Society needed a way to create detailed 3D computer models of rare insects from Madagascar, they turned to RIT’s imaging science program for help. A multidisciplinary team of first-year students designed and built a new system to tackle the problem for their project-based Innovative Freshmen Experience class and will showcase the final product at the Imagine RIT: Creativity and Innovation Festival on Saturday, April 27.

The dome-shaped imaging system uses advanced multi-camera imaging techniques to create intricate 3D computer models. Visitors will be able to see the system in action and can get computer models of small personal items they bring—ranging from about a half-inch to 4 inches—when they stop by. The Virtual Bugs: Imaging Insects in 3D exhibit is located in the Recreation Zone at the Gordon Field House and Activities Center.

“We created this project with the idea that the models could be potentially used to create a database of insects for scientists to reference,” said Emma Wilson, a first-year imaging science student from Tonawanda, N.Y. “If a scientist is trying to visually identify an insect they haven’t seen before, they could potentially use a database like this to match up the insect’s qualities.”