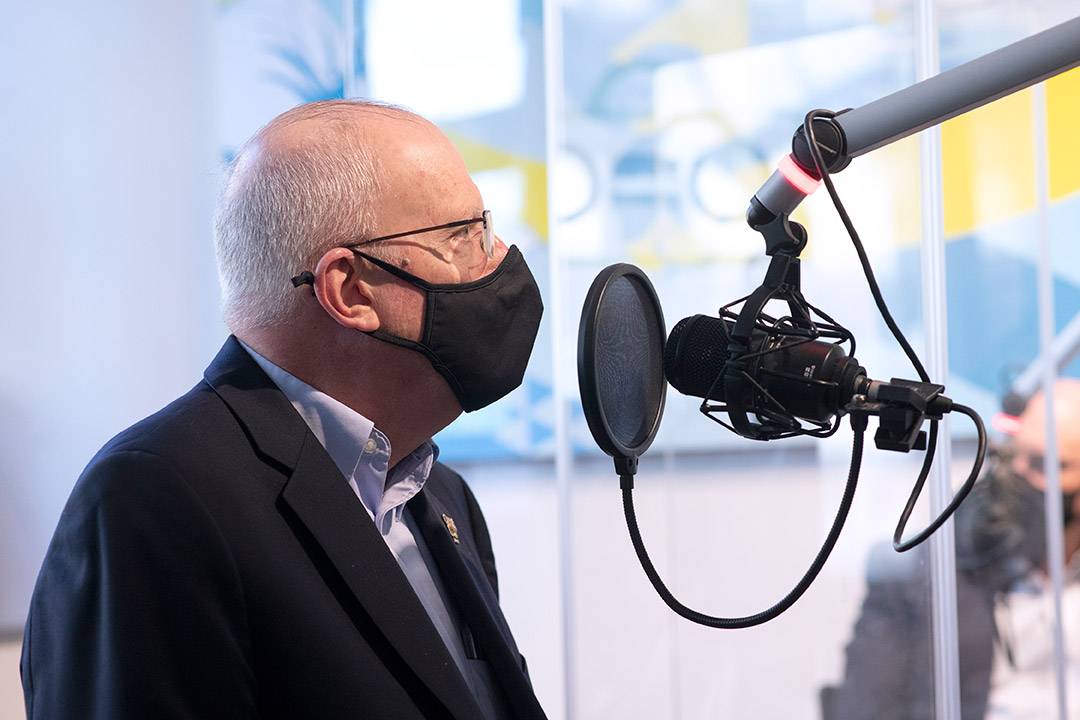 Rochester Institute of Technology President David Munson said the new COVID-19 omicron variant is being closely monitored. But for now, he doesn’t foresee any imminent changes in the safety protocols currently followed on campus.

“We monitor everything very closely every day,” Munson said during his latest “Ask Munson” question-and-answer interview Thursday on WITR (89.7) radio, hosted by station General Manager Mike Hodgkiss. “We are sticking with the tried-and-true at RIT. We have very high vaccination rates (approximately 95 percent). Of course we’re still masking indoors, and all of that has proven to be very effective in the RIT community.”

“We still feel very safe,” he added. “We’ll be monitoring omicron, and if it turns out that it is somewhat more dangerous or spreads more easily, we’ll find that out and we’ll decide whether to adapt.”

As much as he would like to see the need for indoor masking gone, Munson believes masking “is going to be with us for at least a while. We need the whole world to be vaccinated to defeat this thing.”

The pandemic has caused “minor to modest” staff shortages in a number of areas throughout RIT, including RIT Dining, which has had to alter menus and close some locations earlier than normal.

“Dining Services will try to keep almost everything open and keep the hours as long as possible,” Munson said. “One thing we have done is increased entry-level pay in a number of different staff positions in the university. That is helping us a little bit. I think over time, we’ll see some improvement. But there’s nothing we can do immediately that will put us back in that position we held before the pandemic. We’re not unique, of course. Every university is facing the same thing.”

The next “Ask Munson” session on WITR will be held in the spring semester.