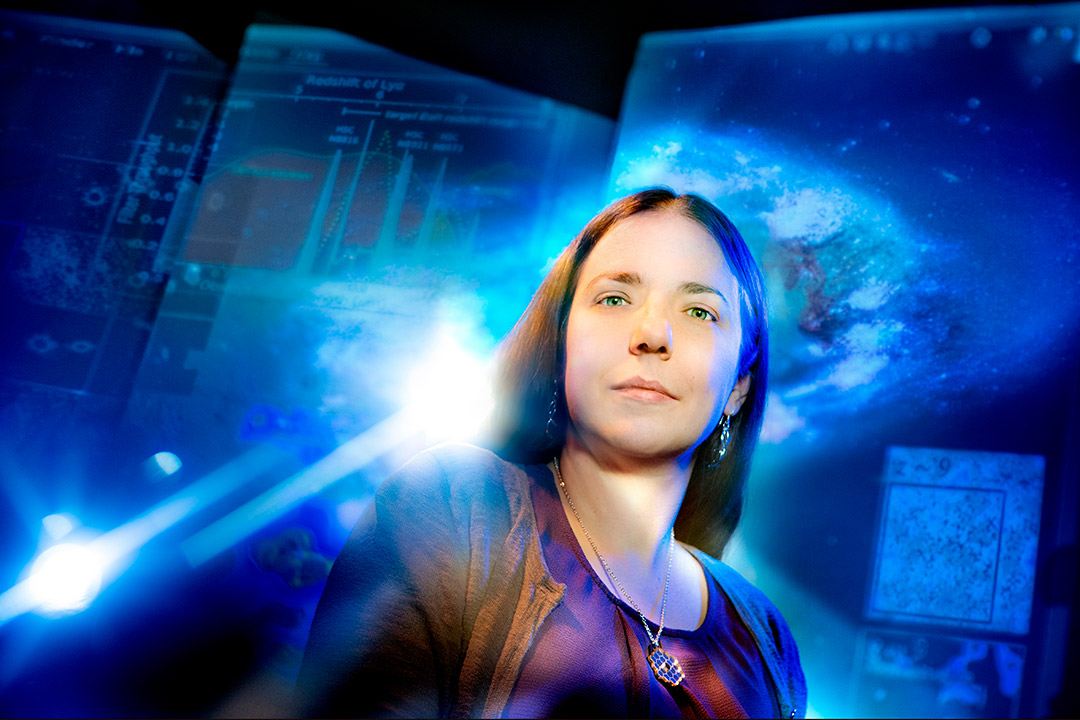 When the James Webb Space Telescope (JWST)—the long-awaited successor to the Hubble Space Telescope—becomes operational this year, Jeyhan Kartaltepe will co-lead a team of nearly 50 researchers to map the earliest structures of the universe.

The associate professor in RIT’s School of Physics and Astronomy is principal investigator of COSMOS-Web, the largest General Observer program selected for JWST’s first year. Over the course of 218 observing hours, COSMOS-Web will conduct an ambitious survey of half a million galaxies with multi-band, high-resolution near infrared imaging and an unprecedented 32,000 galaxies in mid infrared.

Kartaltepe said the COSMOS-Web survey will map 0.6 square degrees of the sky—about the area of three full moons.

She said she was shocked when she found out that her program was chosen for JWST’s first cycle of observations. It is one of just 286 General Scientific Observer programs selected out of more than 1,000 proposals for the telescope’s first year of science.

Her program will provide the worldwide astronomical community with one of the first extensive opportunities to investigate scientific targets with JWST.

Kartaltepe said she is proud to help lead such a major effort and believes the program will benefit her field in still unimaginable ways.

“The sheer scope of our program is so exciting,” said Kartaltepe. “The first year of JWST observations will result in a lot of new discoveries that people will want to explore more in-depth in future cycles. I think the public legacy of COSMOS-Web will be that it is the field where the community conducts this type of follow-up research.”

Her leadership role in this program is the result of years of hard work with the Cosmic Evolution Survey (COSMOS), a worldwide collaboration of more than 200 scientists that uses the world’s major telescopes to study how galaxies are influenced by both their fundamental physical properties and the environment that surrounds them.

Kartaltepe has been involved in COSMOS since she was a graduate student at the University of Hawai’i at Manoa and became one of COSMOS’s three leaders in 2019, co-chairing the scientific steering committee.

Kartaltepe has been a fixture of RIT’s astronomical community since she joined the university in 2015 and was promoted to associate professor last fall.

She is director of RIT’s Laboratory for Multiwavelength Astrophysics and is a leading member of other large collaborative multiwavelength surveys including CANDELS (The Cosmic Assembly Near-Infrared Deep Extragalactic Legacy Survey) and CEERS (The Cosmic Evolution Early Release Science Survey). In addition, she serves as chair of RIT’s Women in Science program.