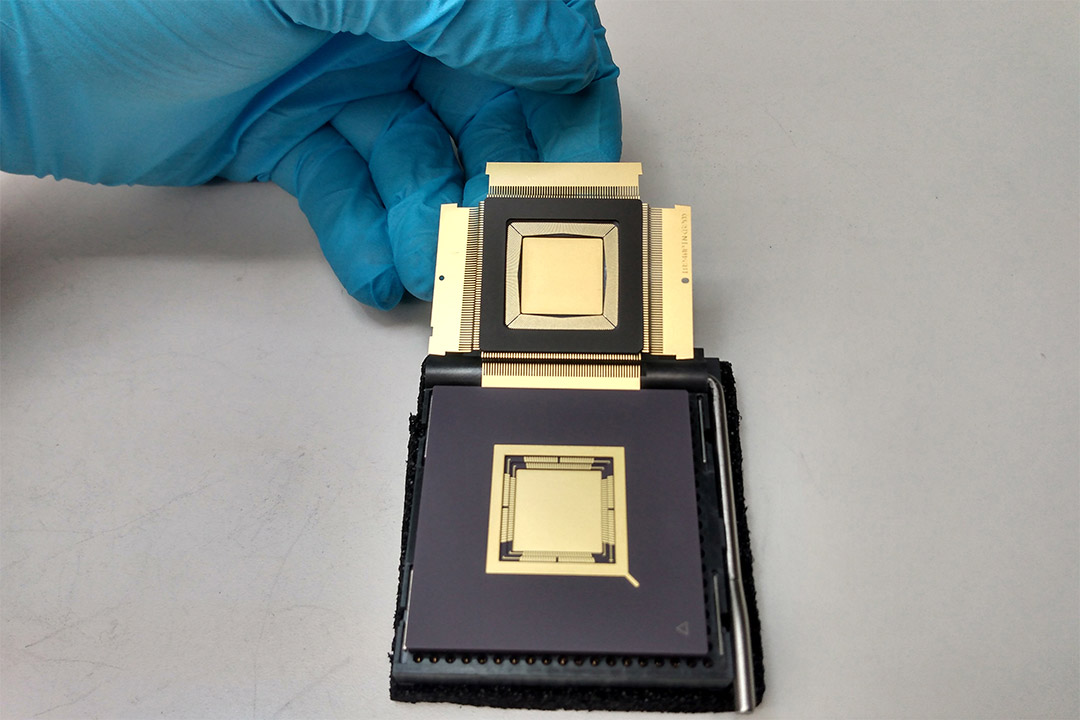 Justin Gallagher is serving as project manager for a nearly $1 million grant funded by NASA to create a single photon sensing and number resolving detector for NASA missions. Pictured above are candidate detector chip carriers and socket ready for cryogenic testing.

An RIT student is on a mission to help build detectors that could identify individual photons from distant, inhabitable planets. Justin Gallagher, a fifth-year student from Rochester, N.Y., pursuing his BS in physics and MS in astrophysical sciences and technology, is serving as project manager for a nearly $1 million grant funded by NASA to create a single photon sensing and number resolving detector for NASA missions. 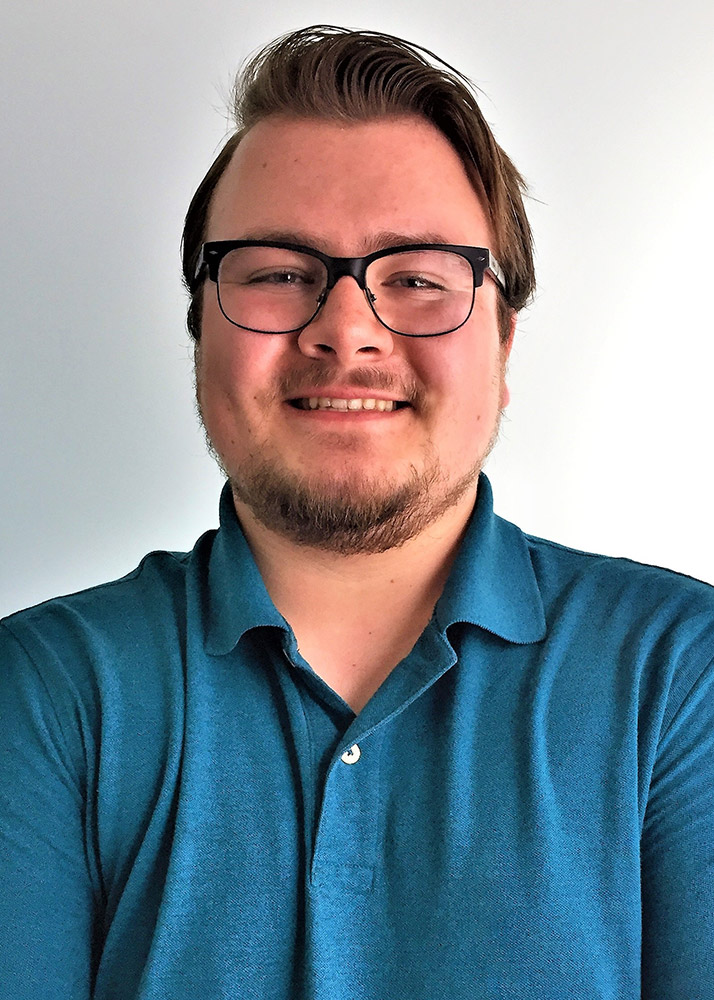 As project manager, Gallagher is responsible for keeping the project team on task and coordinating work between RIT and the project collaborators at Dartmouth. He is also tasked with designing the mechanical mounting for printed circuit boards, simulating the expected steady state temperature for those circuit boards and the detector, as well as performing cryogenic experiments to test parts for the preliminary design.

Keeping the project on schedule has been a challenge during the coronavirus pandemic. While Gallagher has remained in his hometown of Rochester and occasionally goes into the lab to maintain remote systems and helium compressors that cool experiments, much of the RIT project team is scattered across the country in places as far as Maine. But Don Figer, the principal investigator of the grant and director of RIT’s Future Photon Initiative and the Center for Detectors, said that Gallagher has done an admirable job of keeping the project moving forward despite the conditions.

“It’s difficult juggling work with lots of different people and taking responsibility for other people’s work, but he has done a great job,” said Figer. “When Justin came to me, he was already oriented to wanting to do practical things that would have an impact. He’s the kind of student I think every single one of our students should be.”

Gallagher initially came to Figer in search of a thesis advisor, but was hired by Figer to work for the Center of Detectors as well. Last summer Gallagher worked with Figer under the College of Science Emerson Summer Undergraduate Research Fellowship, which included a visit to a company in Pasadena, Calif. called Gigajot, which is developing image sensors to detect individual photons. All of this applied research experience as a student has Gallagher excited for a career in research and development, and he said he feels grateful for the opportunity to work on the project.

“This is an amazing opportunity for us students,” said Gallagher. “To be able to work on a full-fledged, funded project with deadlines during your college years, you feel like you’re making a real contribution. That kind of empowers you to be able to keep going. We presented results in the Single Photon Workshop last October in Milan, Italy, and here I am, a master’s student next to the actual experts in the field from different universities, government organizations, and companies around the world. That’s a big eye opener.”

Gallagher is set to graduate with his BS and MS degrees in August, but the Center for Detectors hired him as a lab engineer and he will continue to work on the project until its completion.

An interdisciplinary team of RIT students is actively working on the project this summer. The students include: